Dunkirk Deserves Attention—but It Was No Miracle 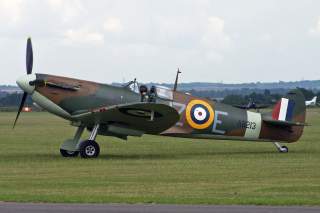 The real god of war is memory, because the actual objective of war is the creation of myth. National memory is base metal forged into national myth, and from war stories spring a people’s sacred identity.

Dunkirk is the memory, now myth, that reforged British identity and built it anew. The privation and sacrifice of defeat became the beginning of a national rebirth.

Yet this happy outcome required a victory—not on the battlefield, but rather in the place that matters most in war—in the story. Even while the battle was still raging, threads of a triumphant narrative were being self-consciously woven, from Mr. Churchill to Tommy.

The new movie “Dunkirk” has subtly repackaged the mythic tropes of this now-eternal story. At the end of a calamitous campaign, here was the very cream of Allied power, the very best of the French Armée and the British Expeditionary Force (BEF), reduced to a hopeless beachhead under a pitiless Wehrmacht full-court press.

The literary tropes that came after Dunkirk, however, worked to create a very different sacred narrative: (1) The Nazi war machine could have seized the Allied army whole, but the German hesitated: Not once, but twice. (2) It was a miracle to get the army off in the face of Stukas and U-boats. (3) Had the BEF been lost, Britain would have been broken and wide open to invasion.

This Dunkirk narrative, for every British generation since, is a stirring, reach-for-the-handkerchiefs story, and it deserves to be respun yet again for the cinematic memory of new young generations. Britons should be forever proud of their achievement. Dunkirk was indeed a heroically disordered strategic retreat.

But it was no miracle. Yet “miracle” is crucial to Britons’ neon-lit narrative. It is their miracle moreover that delivers the sacred message: Britain indomitable, moving from sacrifice to rebirth—to victory.

It is a mistake, however, to rework sacred narrative entirely into literature. To do so is to lead the national identity toward collective overconfidence and complacency, to the point that it forgets what really happened. Dunkirk, the story, is worth at least a modest reminder on that score.

First, the highly conservative top Wehrmacht leadership got suddenly cautious approaching the trapped Allied army. German lines of communication were overextended, armor had outrun infantry, and the BEF was suddenly fierce in counterattacks and defense.

Top generals are scolded for this, but their caution illustrates a reality in campaigning that myth encourages us to forget: In war, even the most decisive campaigns do not go perfectly. It is, however, in the interest of the Dunkirk narrative that the Germans seem invincible and unstoppable, only then to let the British and French slip away. The trope of German “mistakes” fits smartly into a longstanding element of British sacred narrative—namely, that of the “plucky” or “doughty” army escaping in the face of an overwhelming enemy. Here, the enemy is denied the vernichstungsschlacht (battle of annihilation) that they have already boasted is theirs. Thus, in robbing the enemy of their victory-expectation, the British earn a kind of victory. Thomas Moore’s sacrifice at Corunna in 1809 is the prototype and model for this unique English victory-narrative.

Hence, right after the battle, Dunkirk’s memory could be repackaged. Suddenly it was no national calamity, but actually a moral and strategic victory.

Second, Wehrmacht and Führer “loss of ball control” leads into the crucial trope of Dunkirk as a “miracle.” On the level of sacred myth, miracle hearkens explicitly to divine intervention (an Episcopal priest first made this linkage in his homily right after the battle). God and Britannia look after the empire.

On another level, a miraculous outcome also reinforces the weight and depth of Britain’s victory claim. Succor, so the story goes, rightly should never have happened. Hence, some elemental force deep in the heart of the nation rose up and transcended in the face of certain doom. The legend of motor yacht, pinnace and cockelshell heroes is essential to the salvational myth of Dunkirk.

But there was, literally, no miracle. The defense of the Dunkirk “pocket” was gallant and stubborn. But surrounded armies can often hold out for weeks. A comparably sized army in Stalingrad held out against bitter Soviet assaults for eleven weeks during peak Russian winter, with only a trickle of resupply. Backs against the wall, British and French forces held. Not a miracle, just good fighting spirit.

There was no way Wehrmacht forces were going to waste themselves in frontal attacks like British at the Somme or Japanese at Port Arthur. Remember, the Wehrmacht had yet to assault and conquer the rest of France. The battle of the Dunkirk Pocket faithfully followed the siege and breakout script of mid-twentieth century battle.

Nor, frankly, was Dunkirk a miracle in terms of men saved: Out of approximately 400,000 soldiers on the beachhead, nearly 300,000 escaped. One in five soldiers was left behind for capture, or killed (80,000 French and British captured, 11,000 killed). Overall numbers give the impression that the whole 300,000 soldiers evacuated were saved for the long-term war effort against the Axis. Yet this was not the case. Most of the 120,000 French soldiers rescued at Dunkirk were then ferried back to Cherbourg and other ports to return to the final, lost battle for the Third Republic. They either died or became German POWs. Only a handful of French rescued at Dunkirk fought the Axis for the long term. In the context of the entire battle of France, within weeks actual Dunkirk losses were closer to 200,000, constituting nearly 50 percent overall campaign losses.

Third, even had Wehrmacht and Luftwaffe pulled off the impossible, and captured the entire 400,000 men trapped on the beaches, Nazi Germany could never have invaded Britain.

For one thing, Germany was not ready to mount an invasion. However much they then rushed to build an invasion fleet for Operation Sea Lion (Seelöwe), their buildup never matched Britain’s response. Germany was no more ready to assault Kent and Sussex in October than they were in June 1940.

Moreover, Germany was never able to control the English Channel. During Operation Dynamo, the Kriegsmarine and Luftwaffe actually sunk one-third of all British vessels involved in the operation. Think: They sank nearly 33 percent of all rescue shipping to Dunkirk, and still failed to stop the evacuation.

Greater Germany and the British Empire were in many ways equally matched in 1940. Britain had the superior navy, Germany the stronger army and air forces had equivalent combat power. As Narvik, BEF 1, BEF 2, Greece and Dieppe showed, Britain could put modest expeditionary armies on the continent, where they would then be defeated. The Narvik operation was evacuated unscathed, but with BEF 1 (Dunkirk/Operation Dynamo), losses reached 25 percent. BEF 2 (Operation Ariel) losses approached 20 percent. For Greece and Crete (German operations Marita and Merkur), British losses were closer to 35–40 percent, as was Dieppe (Operation Jubilee).

Yet equally elusive was a successful German invasion of Britain. Any Nazi assault, with or without a rescued BEF, was bound to fail. Why? D-Day proved the negative, that no successful invasion could be mounted in the face of enemy sea control and airpower equivalence.

Plus there was one other decisive factor: Assured resupply. Right from the start on D-Day itself, the United States was moving 20,000 tons of supplies and 3 million gallons of fuel across the Normandy beaches every day. Germans could only have dreamed of such godlike logistics. Remember, in World War II the Wehrmacht, like the Deutsches Heer of 1914 supplied its armies with more than a million horses.

By all means let us join our British and Empire cousins, in remembering and celebrating the battle of Dunkirk. Yet we should be mindful how passion drives our memory of war—so as not to let passion wholly drive our understanding of war.

With national myth especially, Americans must try to keep a cool eye, and a clear head.

Michael Vlahos is a professor of Strategy and War at the Johns Hopkins University. He also appears weekly on the nationally syndicated John Batchelor Show.