Easing the Night Away 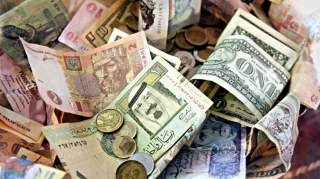 It is a truism we have heard, in one way or another, from many central bankers including Ben Bernanke and Alan Greenspan: Monetary policy cannot solve every economic problem. After the glut of global quantitative easing, the assertion has probably never been more accurate. This reality could pose a problem for the Fed, the ECB and others as they combat future recessions, but there is also the potential for monetary policy to become—or continue to be—far more relevant in determining global economic winners and losers. And monetary policy determining winners and losers is a deeply disturbing prospect.

With few methods of spurring growth left, economies are heavily reliant on central bank actions to maintain growth. Every poor data point in China is met with calls for additional fiscal and monetary stimulus. Likewise, ECB President Mario Draghi made it clear the ECB was prepared to increase its level of stimulus to reflate the Euro economy. And the Bank of Japan, which exemplifies the perils of over reliance on monetary policy, is likely to do more as inflation dips below its goal to a two-year low. Even the Fed, arguably falling for the Greenspan Trap, cited global economic events as an excuse for delaying a widely anticipated rate hike at its September meeting. When in doubt, increase stimulus, or delay rolling it back.

As many countries in the emerging world will attest, commodities were an easy route to growth. But it is notoriously difficult for central banks to spur economic activity in commodity-driven economies when trouble hits. Much of this is due to the dominance of the U.S. dollar in pricing commodities: emerging economies have no control over the price of the commodities they export. Now that the party is over, commodity driven economies face difficult choices for monetary policies.

Without prudent fiscal policies during commodity price surges, it is difficult for emerging commodity economies to combat prolonged downturns. Since there is no ability to spur the principal driver of the economy, these countries have limited options to ride out a commodity bust. One of the tempting options is to lower interest rates and therefore weaken the domestic currency. By lowering the value of the domestic currency, the economy gains more of its own currency when the commodities are sold in dollars. And local revenues need not fall dramatically, even with lower prices. There is a caveat, though: weakening a currency should lead to inflation, and—in some cases—lots of it. It can spiral, and the central bank can be forced to abruptly change the direction of policy to avoid hyperinflation or worse.

Why are central banks so loath to allow inflation to fall or their economies to stumble? Because, if they cannot accomplish their goals, they fail. And failure for a central bank is disastrous for an economy—particularly now.

Policy errors by central banks have always had consequences. Former Federal Reserve Chairman Volcker is famous for the fighting the inflation generated—or at least inflamed—by policy errors of his predecessors.

This time around, however, central bankers have little ability to act counter-cyclically. Much of the emerging world is unable to stimulate its way out of a recession or slowdown, because the dollar is destiny. And the developed world will have a difficult time escaping monetary stimulus, because the consequences of “lifting off” are too much for most economies to handle. Central bankers are, for the most part, trapped.

If the U.S. begins to scale back easing while other developed economies continue to ease full-bore, the dollar will strengthen even more and policy will tighten simply due to its deviation from the others. For the Fed, moving at all may be equivalent to moving too much. Other central banks’ actions complicate the Fed’s decision. And if the Fed tightens too much, the U.S. economy could contract. This convoluted calculus is the reality for monetary policy.

The truth is most central banks have already failed. The Fed, the ECB and certainly the BoJ have consistently missed their inflation goals. All currently have loose policies. Unfortunately for the emerging world, the U.S. is the least loose, pushing the dollar higher and complicating their policy decisions. When central banks fail to accomplish their mandates, it becomes dangerous for the global economy. There are few escape hatches for stimulus and loose policies when everyone is doing it. And it becomes all the more difficult to quit.