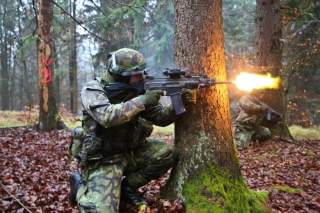 Although there is some validity to the commentary that the region extending from the Baltics to the Black Sea is dominated by a new Cold War framework, there are other significant factors at work, including the rebirth of a defensive right-wing populism, related questions over the ongoing validity of the European Union experiment, especially in the aftermath of the Brexit vote in the UK and, ultimately, what defines the West.

One of the most significant changes is that while many factors in the global geopolitical system have changed (the rise of China in Asia, and the breakdown of old power structures in the Middle East), probably the most important is Russia’s 2014 move on Crimea that threatened what had not been threatened before: European security.

From a geopolitical perspective, the eastern zone of countries can be divided into three overarching groups. The first group’s members are strongly pro-EU due to the economic benefits, a clear identification with Western democratic values and practices (to varying degrees), and a need to anchor their national security with NATO and other pan-European institutions. This group consists of the Baltic states (Estonia, Latvia and Lithuania), the Czech Republic, Slovakia, Bulgaria and Romania.

A second group of countries—Hungary and Poland—are pro-Western and see themselves as European, but have become more lukewarm in their views of the EU. This derives from what is perceived as the imposition of liberal social values, as well as economic rules and regulations from Brussels, acts that are perceived to be taken without consideration of local social mores.

Flashpoints among the second group have been the rights of lesbian, gay and transgender people, abortion, and immigration. Along these lines, the issue of immigration from the Middle East, of mainly Muslim refugees, has struck a particularly sensitive nerve in many eastern European countries beyond Hungary and Poland, including Austria, Bulgaria, Greece and Romania.

Both Hungary and Poland have elected right-wing governments that have taken a more conservative approach to social issues and, some would argue, civil rights. This has led to some friction with the EU. At the same time, Poland harbors a suspicion of Russia, its traditional geopolitical rival in the east. This has left these countries in a position where they want to be part of the West, but not necessarily as close to the EU as they have been. For Poland, at least, this has made working more closely with the United States a more attractive option.

The third group of countries is more diverse, but shares the attributes of being outside the EU and NATO, while not necessarily being close to Russia. Ukraine is the obvious flashpoint here, but Moldova and, to a lesser extent, Belarus also fit into this category. Home to ethnic Russian minorities, these countries clearly are considered in Moscow as part of its sphere of influence and worth fighting over. This was reflected by Russian aggression against Ukraine, which included the annexation of Crimea and support for pro-Russian separatists in eastern Ukraine around Donetsk and Luhansk.

The third group is the greatest risk of a flashpoint between Russia and the West. Indeed, Ukraine remains a key zone of contention. Historian Serhii Plokhy, in his The Gates of Europe: A History of Ukraine notes Moscow sees “Ukraine as a battleground between corrupt Western values, including democracy, individual freedoms, human rights, and, especially, the rights of sexual minorities on one hand and traditional Russian values on the other.” Moves by Kiev to move closer to the EU and NATO, therefore, are to be prevented.

The changing geopolitical landscape in the east is also evident in the change of NATO’s security outlook. According to Philip M. Breedlove, the former commander of U.S. European Command and NATO’s supreme allied commander (2013–16), “Over the past three years, the United States and the alliance have shifted their focus to threats closer to the heart of Europe—namely, Russian aggression and the vexing challenges associated with the growing instability in the Middle East and North Africa. These threats are of a breadth and complexity that the continent has not been seen since the end of World War II.”

In response to the changing security situation in Europe, NATO troops have become more active in joint maneuvers in member states that border Russia, and more consideration is given to upgrading eastern militaries. Yet NATO actions are largely symbolic, as fiscal retrenchment has hurt budgets, and commitments to other regions demand attention. One is left wondering about the ability of the alliance’s forces to deter a determined Russia if it opted to take one or more of the Baltic states.

Adding to the complexity of the current rivalry between the EU and Russia are sanctions that have hurt both Russia and a large number of European countries. Within the EU, Greece and Hungary have been vocal about the negative impact of sanctions on their economies. The dependence on Russian oil and gas has been made painfully evident. Moreover, it is no secret that businesses in France, Italy and Germany have been hurt by sanctions and would prefer a change in policy direction.

It is in this context that the Brexit referendum has come. The intense debate over whether to remain in the EU on the part of the British political establishment, the significance of immigration in that debate and frustration with having an outside authority determine how people conduct their daily lives have an echo in much of eastern Europe, in particular in Hungary and Poland. Even in some of the more pro-EU groups, some of these frustrations are evident. Over the long term, this could be an incremental pressure on the viability of the EU.

Eastern complications, and the crisscross of different political, economic and military alliances and needs, have injected a major risk factor into both global economic growth and European political stability. While a new war is not on the horizon, the ongoing cleavage between Russia and the West leaves a major imprint on the conduct of affairs between countries from the Baltic to the Black Sea. Gone is a sense of certainty that while differences existed, they could be managed via peaceful means; the new policy landscape includes the potential for differences to be resolved by military means. Indeed with both Russians and NATO forces showing their resolve, the door is open to accidents, which could light a larger flame.

The fluid nature of international relations in the east has left many policymakers giving serious to about the level of the West’s commitment to keeping them in the West. It is also likely to push Poland, one of the stronger countries in the region, to more aggressively assert its national interests vis-à-vis Russia as well as the EU. For other countries, such as the Baltic states, the Czech Republic and Slovakia, the path to national security is to even more tightly weave their economies with those of Germany, France and the Nordic countries.

The east remains a region where the old international order has since 2014 subtly shifted into a more grimy game of power politics and realpolitik. This leaves conditions conducive to greater economic cooperation and interdependence in limbo. And as Sun Microsystems cofounder Bill Joy noted, “Limbo is not a good place to be.”