Ebola on the Rise, F-35 on the Decline and ISIS on the Move? 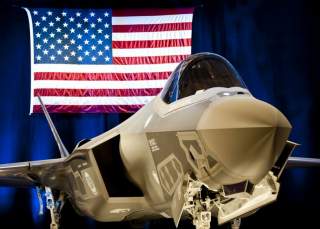 Editor’s Note: Please see below an excerpt from Mr. Walker’s recent piece in TNI: “Is America’s Rebalance to Asia Dead?” You can read the full text here.

Tom Donilon’s April 20 op-ed, “Obama Is on the Right Course with His Reorientation Toward Asia,” Washington Post, is another example of how defenders of the Obama administration have sought to pivot away from important questions about the rebalance to the Asia-Pacific. Rather than cite concrete evidence of America’s increased commitment to the Asia-Pacific, Donilon offers incomplete arguments and retreats to well-rehearsed explanations of the strategic origins of the rebalance.

To his credit, Donilon recognizes from the outset that there have been questions about the “sustainability” of the rebalance. “The costly cancellation of President Obama’s trip to the region during the U.S. government shutdown last fall fueled that skepticism, which has only grown as urgent foreign policy challenges have required U.S. leadership in the Middle East and Europe,” he writes.

Showing up matters in the Asia-Pacific, and President Obama’s trip to the region this week is indeed long overdue. On this score, Donilon gets it right. But he understates how unfolding events around the world are impacting Asia’s view of the rebalance.

Our regional allies are worried because our leadership has been “required” in the Middle East and Europe. Even after the Afghanistan and Iraq wars, the U.S. presence in the Middle East is not likely to shrink. And in the aftermath of Ukraine, there are calls for a pivot to Europe as more U.S. troops are sent to NATO’s eastern frontiers.

But our allies are also worried because of the perceived failure to demonstrate such leadership. In particular, the handling of the crisis in Syria left security experts and government officials in the Asia-Pacific wondering how much America’s security commitments mean when challenged. Among America’s Asian allies, there was no appetite for American intervention in Syria, particularly military intervention. If America were to become too involved, many feared the rebalance would be over before it began.

Nonetheless, the credibility of the United States was hurt because it appeared that America was going soft on its commitments. President Obama’s red line on chemical weapons in Syria never had the same force as the mutual defense treaty with Japan, for example. But the importance and weight of the president’s public statements on matters of war should never be trivialized. The president set forth the conditions under which the United States would become militarily involved in Syria, and when those conditions presented themselves, he got cold feet. So, too, did many in Congress. Even for countries like Japan and South Korea who didn’t want the United States to become embroiled in Syria in the first place, that is a worrisome precedent.

I believe U.S. government officials are sincere in their desire to uphold U.S. security commitments in Asia. But regardless of their intentions, such commitments are now the subject of increased scrutiny and doubt in the Asia-Pacific. In Japan, for example, public polling indicates that while support for the U.S. alliance remains near all-time highs, growing numbers of Japanese feel they cannot fully trust the United States.

While quick to acknowledge events in the Middle East and Europe may worry allies and partners in Asia, Donilon also seeks to assure allies beyond Asia that the rebalance to the Asia-Pacific should not be a source of concern. The rebalance, he argues, “does not imply a turn away from allies in other regions or an abandonment of our commitments elsewhere.” It has been difficult for U.S. allies in the Middle East and Europe to accept such arguments. After all, the impetus for the rebalance, as Donilon puts it, was the administration’s judgment that “the United States had become substantially underinvested in the Asia-Pacific region—diplomatically, militarily, commercially and in terms of policy makers’ attention.” One would think that increased attention to the Asia-Pacific region in these quarters would have to come from somewhere.

So where is this newfound time and attention for Asia coming from? Donilon tells us the rebalance “represents a shift away from the war efforts in the Middle East and South Asia…” A cursory reading of Donilon’s argument here might lead one to believe that the Asia-Pacific rebalance, rather than a commitment of additional resources to the Asia-Pacific, is merely another way of saying “the wars in Iraq and Afghanistan are over, therefore the relative importance of Asia has increased.”

This would be an oversimplification (or at least I hope so). Donilon and other architects of the rebalance make a reasonable case that drawing down in Iraq and Afghanistan offers a real opportunity for senior policy makers in foreign policy and defense to devote more time to the formulation, implementation, and execution of long-term strategy that simply doesn’t exist in a wartime environment. I hope such an opportunity materializes and is thoroughly exploited.