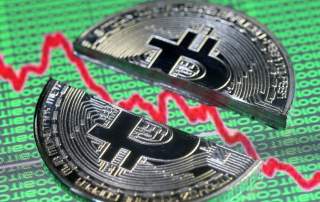 The People’s Republic of China’s Belt and Road Initiative has provided an interesting window into the economic practices of the PRC in developing nations. While the Belt and Road Initiative, often referred to as BRI, promises immense growth potential for those involved in its construction, it has also brought the PRC’s predatory lending practices, also termed debt-trap diplomacy, to light. These actions provide an excellent context to potential future PRC actions in the cryptocurrency market, particularly given the increasing potentiality of a PRC-backed cryptocurrency.

The rise of PRC-backed debt-trap diplomacy

Debt-trap diplomacy can most clearly be seen in the example of Sri Lanka’s Hambantota Port. The Sri Lankan government eagerly took on multiple loans in the hundreds of millions of dollars from PRC-backed banks to fund the development of the Hambantota Port starting in 2007. However, the increasing amounts of debt and rising project costs surrounding the fledgling port caused Sri Lankan officials to accept an agreement for a PRC State-Owned Enterprise to take a dominant equity share in the Hambantota Port. These actions eventually culminated in the Sri Lankan government handing the port and fifteen thousand acres of land around it to the PRC for 99 years in 2015. Similar examples of debt-trap diplomacy can be seen in other developing countries throughout the world, to include Africa, Asia, the Middle East, and even South America.

The actions of debt-trap diplomacy coincide directly with strategy from a 1999 book titled Unrestricted Warfare by People’s Liberation Army (PLA) Colonels Qiao Liang and Wang Xiangsui. Unrestricted Warfare’s Chapter 5 directly states that the “great masters of warfare techniques during the twenty-first century will be those who employ innovative methods to recombine various capabilities so as to attain tactical, campaign and strategic goals.” Debt-trap diplomacy embodies the very definition of “innovative methods” with PRC loans enabling the PRC to possess a commercial port along a critical waterway just several hundred miles away from India, a noted strategic rival.

Therefore, the development of a PRC-backed cryptocurrency must be given close scrutiny within the context of the global cryptocurrency market. The PRC has demonstrated an ability to leverage its assets to an eventual strategic advantage, showcasing this example of “economic warfare” through the Hambantota Port. Consequently, the use of a digital economic asset to disrupt a global market is one that does not require a far leap of the imagination.

The growth of cryptocurrency in China

Cryptocurrency emerged just over a decade ago, with an individual by the pseudonym of Satoshi Nakamoto laying out his or her framework for a peer-to-peer version of electronic cash in 2009. Blockchain technology emerged from this creation, allowing for the formation of a publicly-available distributed transaction ledger for digital currencies. The Chinese have enthusiastically received the idea of the blockchain, spurred on by a multitude of other factors such as the welcoming of a non-PRC backed commodity as well as relatively low prices of hardware and electricity, among others. These low prices of both hardware and electricity enable China to comprise a critical role in global Bitcoin mining operations, accounting for over two-thirds of all mined bitcoins in recent past months. This initial embrace of digital currencies continues to rise even to this day, with particular increases in searches for the keyword Bitcoin coinciding with interests towards U.S.-China trade talks.

The popularity of cryptocurrencies in China remains high despite regular PRC bans of digital currencies. This popularity can be attributed to the Chinese’s populace’s a mobile-first mindset, with the Chinese pioneering the acceptance of technology-driven societal changes to include tools such as digital payment systems and bike-sharing services through popular organizations such as Baidu, Alibaba, and Tencent.

The rising dragon: the emergence of the digital yuan

Some may consider it ironic that the PRC constantly issues notices prohibiting the use of cryptocurrencies while simultaneously praising digital currencies through platforms such as President Xi Jinping and the PRC-run newspaper Xinhua. However, these types of actions speak more to a PRC desire to dominate the cryptocurrency space and not to internal PRC confusion. Having this viewpoint allows for additional clarity of the PRC’s actions. Through this, it becomes easily understandable that the PRC is simply attempting to capture a large part of the global digital currency market with its own state-backed cryptocurrency through its relative suppression of private digital currencies.

The PRC has been developing its concept of the digital yuan since as early as 2014. Tests of a blockchain-backed digital currency were conducted in late 2016, with the eventual report announcing that these trials helped to “reduce circulation costs, increase transparency, and curb money laundering and tax evasion.” These efforts were further bolstered with the creation of a PBOC-backed Digital Currency Research Institute in mid-2017. In fact, this Digital Currency Research Institute is even based in the same building as the PRC-backed China Banknote Printing and Minting Corporation, the PRC’s equivalent of a state mint. During the year 2018, the PBOC announced in its official magazine, China Finance, that it had developed a digital currency; the magazine analyzed the necessity of issuing a true PRC-backed digital currency. The following year, the PRC established its national cryptography law, which granted the Communist Party authority over three defined encryption categories: core, common and commercial.

With an already-developed stranglehold over the internal Chinese market, the PRC has set the stage for the emergence of its cryptocurrency. The tactic of limiting access to private cryptocurrencies as early as 2013 and as recently as 2019 has enabled the PRC the time and the opportunity to develop its own cryptocurrency, which we will surely see at least glimpses of in the year to come.

The PRC’s expanding soft and hard power has catapulted the PRC into the global political and economic stage. Huge infrastructure projects such as the BRI have helped solidify this power alongside corresponding growth in the PRC’s military might. The development of a PRC-backed cryptocurrency is interesting to note within this context, given the critical importance of China in global cryptocurrency mining operations and markets.