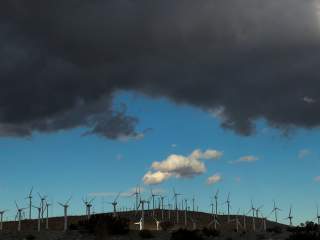 The United Nations Environment Programme and partner organizations determined in a recent report “the world’s nations are on track to produce more than twice as much coal, oil, and gas as can be burned in 2030.” The British Petroleum (BP) Statistical Review of World Energy 2019 states that “Total global proved reserves of oil—that is the volumes that can be recovered from known reservoirs under existing economic and operating condition—stood at 1.730 trillion barrels at the end of 2018.”

Peak oil projections have been proven false and consumption is growing according to the International Energy Agency’s (IEA) latest projections. Moreover, America’s CO2 emissions rose in 2018 by 2.7 percent for the first time over increased economic growth since 2014, according to the Energy Information Administration (EIA). The uptick came from “higher natural gas-related emissions, but coal emissions fell by 4 percent.”

This analysis is based on energy policy from eight of the largest fossil fuel producers in the world: “Australia, Canada, Russia, United States, China, India, Indonesia, and Norway.” These eight countries constitute 60 percent of global fossil fuel production. Middle Eastern countries such as Saudi Arabia and Iran do not release production numbers.

The booming Asian hemisphere (called the “Asian Century”) is using more oil, coal, and natural gas today and into the projected future. Whereas new clean energy investments “fell by more than a fifth, coal-fired power generation jumped to a new high last year.” That means renewables are not overtaking fossil fuels anytime soon; evidenced by coal-fired power generation “accounted for 47% of all power generation across 104 countries.” India’s growing population of over one billion people have confirmed coal is their energy mainstay for the next thirty years.

IEA chief Fatih Birol recently said that “the U.S. will make up most of global oil supply growth.” This boom in U.S. shale exploration and production (E&P) that began during the Obama administration continues upending and changing global, geopolitics in unexpected ways that don’t involve traditional militaries or large-scale global conflicts. This is positive for global economic prosperity.

But global policymakers are causing more problems than solutions by embracing renewables and banning fossil fuel E&P. The U.S. and Europe’s Green New Deal is based on faulty scientific evidence that causes environmental leaders like Michael Shellenberger to dispute its viability.

Embracing renewables results in damages to the environment from “millions of toxic wind turbine blades sent to landfills” to electrical grid blackouts in Australia, Great Britain and New York City (and a $6 billion ratepayer, wind subsidy, cost overcharge) to a Texas city enduring surging electricity costs from going 100 percent renewable. We are now witnessing wind power disasters in Canada, Europe, Germany, and Ireland. The environmental cleanup costs for renewables are higher than fossil fuels compared to the taxpayer and ratepayer subsidies renewables receive.

Leading U.S. Democratic presidential candidates want to eliminate fossil fuels by replacing them with renewables according to environmentalist Paul Driessen without understanding the consequences of how fossil fuels affect every part of our lives.

Consider this, hydraulic fracturing (fracking) is “under fire in California,” (the fifth largest economy in the world) without explaining how this economically robust state replace more than six thousand products that originate from a barrel of crude oil? These decisions cause companies like international, financial giant Charles Schwab to leave California.

The U.S. left wants to decarbonize and electrify America without understanding electricity is not a stand-alone energy source. Also, the left wants to replace fossil fuels with renewables. The sun and wind for energy to electricity run into problems over being chaotically intermittent and mathematically unstable. There are only two proven ways to reduce emissions and deliver electricity: natural gas-fired and nuclear power plants.

From Berkeley, California, to Brookline, Massachusetts, lawmakers have voted to ban natural gas. This decision will economically depress each city. For example, the electrification needs of Massachusetts are 50 percent met by natural gas and the state is now facing a shortfall over banning new pipelines. Massachusetts now imports 12 percent of its natural gas from Russia.

What we are seeing is “a first-world problem” that is obsessed with global warming/climate change instead of being concerned with the two billion people globally without electricity.

Shockingly, the United States could literally turn off the entire country from any source of fossil fuels, and global emissions would still grow according to U.S. Congressional testimony in 2017. The reason why is “one of the biggest sources of carbon dioxide emissions is developing countries.”

This questions the validity of man-made climate change and how “scientific breakthrough,” such as carbon-capture technology coming from the Massachusetts Institute of Technology, is the answer for rising emissions. It’s difficult to trust climate-naysayers when every apocalyptic prediction from the last fifty years has never come true.

This fall five hundred atmospheric scientists, engineers and related professionals, known as the Friends of Science, sent a registered letter to the UN Secretary-General “stating that there is no climate emergency and climate policies should be designed to benefit the lives of people.”

This end-game of ridding the world of six thousand products, affordable electricity, economic growth, and global security is on the line without any answers for how to replace fossil fuels with solar panels, wind turbines, and electric vehicles.