Enforcing a No-Fly Zone in Ukraine Would Be Catastrophic 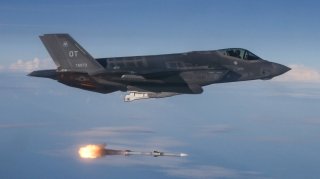 There have been recent calls for the imposition of a “limited No-Fly Zone” (NFZ) to enforce a humanitarian corridor over parts of Ukraine, including from Ukrainian activist groups, American and European think tanks, and some former public servants in Washington and London. Public opinion on this issue is divided, and neither the government nor the media have done a good job explaining what an NFZ is, what it would entail, and how it would be enforced. Since an informed public is key to sound American public policy, it is important to understand what an NFZ would require, why it would almost inevitably intensify a dangerous escalatory spiral with Russia, and why such a measure is not in the American interest.

An NFZ is not a gentleman’s agreement that aircraft will not fly over a particular territory. Rather, it is a declaration by one side that another side’s aircraft will be shot down if they enter a designated airspace. The NFZ that the United States and its allies imposed over Iraq included bombing Saddam Hussain’s tanks and armored personnel carriers. The NFZ we established in Libya featured French jets shooting down Libyan fighter aircraft, and British and American bombing of Muammar el-Qaddafi’s armor, artillery, and air defense systems. The suppression of enemy air defenses (SEAD) is one of the very first acts of enforcing any NFZ. That almost by definition means striking ground assets and in turn, inviting retaliatory fire. There’s nothing de-escalatory about an NFZ, nor can the party imposing it ever be sure that it will be “limited” in scope. It is an escalation that inevitably risks an escalatory response.

Imposing any form of NFZ in Ukraine would, by definition, make the United States a combatant in a war with Russia, a country that has the largest nuclear arsenal in the world. It would require Western jets to patrol Ukrainian airspace, which would make them potential targets of Russian long-range surface-to-air missile systems (SAMs) based in Russia and Belarus. That threat, in turn, would require Western jets to suppress Russian air defenses by destroying Russian SAMs, radars, and armor on Russian and Belarussian territory, in addition to engaging in direct air-to-air combat with Russian jets. It is crucial to remember that thus far in Ukraine, Russia has refrained from using its best assets, and the top-tier Russian air force has stayed out of the action. One can speculate that the Russian command is preserving their forces in case the war expands to a regional or continental scale. An NFZ, however, would almost certainly invite the top-ranking Russian assets into the fray.

The suggestion that this would deescalate rather than intensify the war in Ukraine is far-fetched. The idea of an NFZ is predicated on Russian self-restraint. Russia has already declared that it would regard a Western NFZ over Ukraine as an act of war. That would include any NATO bases being used for operational support for Ukraine. To believe that Vladimir Putin and Russian commanders would sit idly as NATO forces attack Russian planes and air defenses is folly. “Scores of war games carried out by the United States and its allies in the wake of Russia’s 2014 invasion of Ukraine make it clear that Putin would probably use a nuclear weapon if he concludes that his regime is threatened,” The Guardian reported.

The Biden administration has consistently—and wisely—insisted that the United States will not go to war with Russia over Ukraine, recognizing that such involvement could easily escalate to nuclear strikes. In the interests of ending this war and bringing peace to Ukraine, this insistence should remain our policy. There should be no imposition of any No-Fly Zone in Ukraine.