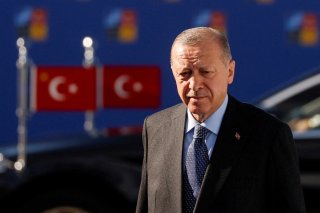 The West’s fear of losing Turkey, a NATO partner, to Russia has led to continued Western appeasement of Ankara. But this approach will not produce the kind of Turkey that the West wants.

This is a fallacy. Such an approach has led the West to tolerate and support Ankara’s bellicose rhetoric and actions which are actually against U.S. interests. The list of such incidents has grown long.

A powerful case is in connection with Ankara’s association with ISIS. On July 12, 2022, U.S. forces eliminated Maher al-Agal, ISIS’ leader in Syria, together with one close aide. The operation took place in Jindires, a Syrian town located in Afrin province, which Turkey has occupied since 2018. Al-Agal was obviously working from there.

Similarly, back in February, Abu Ibrahim al-Hashimi al-Qurashi, branded as the second-caliph of ISIS, blew himself up when his house in Turkish-occupied Idlib Governorate was surrounded by the forces of the anti-ISIS coalition. On the same day that al-Qurashi died, UN-listed ISIS leader Amir Muhammad Sa’id Abdal-Rahman al-Salbi was killed in a counterterrorist operation led by the United States in Atmah, Syria, another town within Idlib Governorate near the Turkish border.

And in 2019, Abu Bakr al-Baghdadi, the caliph of ISIS was eliminated at his headquarters in Barisha town of Idlib Governorate, a few hundred meters away from Turkish territory.

The West’s complaisance towards Ankara’s overt and covert support to ISIS and other UN-listed terrorist groups such as Hay’at Tahrir al-Sham (HTS) is not new. Back in 2013, international observers had coined the “jihadi highway” to describe Turkey’s facilitation of ISIS fighters who were exploiting the country’s 877 km-long border with Syria. That year it was reported that some 30,000 jihadi fighters used Turkey to cross in and out of Syria.

A report of the UN secretary-general states that: “Migration routes remain under scrutiny by relevant European State authorities, as illustrated by the arrest in Bulgaria in November 2021 of a Belgian-Moroccan foreign terrorist fighter returning from Turkey who had been an associate of Abdelhamid Abaaoud, the ‘mastermind’ of the 2015 Paris attacks directed by Da’esh operatives.” Western intelligence services surely have ample similar information.

Yet despite this well-documented evidence, Ankara has never faced real scrutiny from its Western allies.

A second example of Western tolerance concerns Ankara’s belligerence in its own neighborhood. Ankara is involved in wars of conquest and influence in Syria under the cover of anti-terrorist actions which actually target Syrian Kurds who are the driving force in the fight against ISIS. Following its three incursions in 2016, 2018, and 2019, Ankara now holds big chunks of territory in northeastern Syria, and has continually sought to play the United States and Russia off against one another in the country. The dreadful consequences of Ankara’s invasion are duly documented in the reports of the Independent Commission submitted to the UN High Commission for Human Rights. Today, Ankara is threatening again to invade Syria’s towns of Tal Rifaat and Manbij.

Added to its Syrian adventures are Ankara’s illegal military operations in northern Iraq (since 2018 Baghdad has recorded 22,700 breaches of Iraq’s sovereignty), its illegal presence in Libya in defiance of UN Security Council resolutions, as well as its continuous challenges to Cyprus’ and Greece’s sovereignty.

The third case of Western silence concerns Ankara’s so-called balancing act between the West and Russia. Ankara flirts with Moscow as the latter seeks to undermine NATO from within. Turkish president Recep Tayyip Erdogan and Russian president Vladimir Putin will meet on August 5 in Sochi, not long after the two leaders met with Iranian president Ebrahim Raisi in Tehran on July 19.

Ankara has also staked out other anti-Western positions, including by purging high-ranking generals who served at NATO after the July 2016 coup attempt, purchasing Russia’s S-400 missile systems, refusing to join Western sanctions against Belarus and Russia, blocking Finland and Sweden’s NATO membership, allowing stolen Ukrainian grains to reach Turkish ports, and calling for the withdrawal of U.S. forces from Syria while Erdogan was in Tehran.

Yet each time, arguments are made that Turkish actions are made for domestic purposes and not intended to separate Turkey from or undermine the West.

In fact, the more NATO closes its eyes to Ankara’s anti-NATO and anti-Western behavior in order to keep Turkey on its team, the more it jeopardizes its security. It should not be overlooked that some of the security threats described in NATO’s newly-ratified Strategic Concept are drafted as though to designate Turkey, without naming it. The West must recognize that as long as it continues to appease Turkey, it will reap what it sows.

Cengiz Aktar is a professor of political science at the University of Athens. His latest book The Turkish Malaise was published in London.