European Union on the Road to a Green Planned Economy 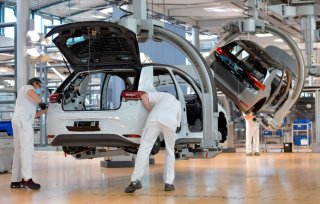 The European Union (EU) has set fleet-wide CO2 emission targets for car manufacturers, essentially telling auto companies what vehicles they should produce. The EU has also introduced a new “Taxonomy” regulation, dictating which investments are good and which are bad. Now, with its revised “Energy Performance of Buildings” directive, it has also imposed comprehensive renovation and decarbonization obligations on real estate owners.

These three examples provide proof, if any were needed, of how Europe’s understanding of market economics is diminishing. So, here’s a reminder: A market economy is based on the principles of private ownership and competition—companies decide what and how much to produce. They are helped in their decisions by the prices that are formed on the market. Entrepreneurs play a central role as it is they who develop new products and discover new market opportunities. Consumers also play a major part as it is their individual purchases that ultimately determine the success or failure of the entrepreneur. In socialism, by contrast, there are no real prices and it is centralized state planning authorities who decide which products should be produced and in what quantities.

Of course, none of these systems exist in their purest form anywhere in the world. In the real world, all systems are mixed systems. In socialist systems, there were and are residual elements of market economics (otherwise they would have been even more short-lived). In capitalist countries today, there are also a lot of socialist and planned economy components (which often hinder the functioning of the market economy). The problem is when the balance shifts more and more in favor of planned economy elements.

This is clear from the three European Union directives mentioned in the opening paragraph: The Taxonomy Regulation establishes criteria for determining whether an economic activity qualifies as “environmentally sustainable” or not. It is no longer companies but politicians and civil servants who determine which investments should be made. The impact of governments making such decisions can be seen from the current debate on whether nuclear energy and gas should qualify as sustainable. Members of Germany’s Green Party are opposed to nuclear energy for ideological reasons. The French are for it. The result: Political considerations and compromises ultimately determine the investment landscape.

The same applies to the EU’s fleet-wide CO2 emission targets. It is no longer car manufacturers—or ultimately consumers—who decide which cars are produced, but the state. In Germany, Oliver Luksic, the FDP’s transport expert and parliamentary state secretary to the federal minister for digital affairs and transport, had this to say: “We have entered the age of the green planned economy when it is no longer supply and demand but the state that determines which cars are built. Instead of openness to technology, the focus is solely on battery-powered electromobility, which in itself, however, does not represent progress or innovation.” The automotive companies dutifully conform and call for state subsidies. Reports such as “Volkswagen Group over-fulfils EU CO2 fleet targets for 2020” are fatally reminiscent of the socialist GDR.

Third example: The EU Commission wants to obligate member states to enforce minimum energy performance standards. Private property owners will have to modernize their buildings by 2030 in accordance with the strictest specifications, while public buildings will need to be renovated by 2027. 15 percent of the approximately 220 million homes in the EU will be affected by the mandatory renovation directive. The lobbyist for an insulation manufacturer couldn’t have been more overjoyed: “Every single building that consumes too much energy will need to be renovated over the next few years.” In the housing industry, an unconditional obligation to achieve certain standards—with penalties for non-achievement—is tantamount to expropriation where, for certain buildings, implementation is in fact impossible.

100 years ago, the economist Ludwig von Mises published his epochal work Socialism: An Economic and Sociological Analysis, in which he proved that socialism cannot work because there are no real prices when the state determines what is produced. The failure of all socialist systems has since proved him right. But apparently, people have learned nothing from the history of socialism’s repeated failures. Hegel, in his Lectures on the Philosophy of History, opined, “But what experience and history teach is this, that peoples and government have never learned anything from history, or acted on principles deduced from it.”