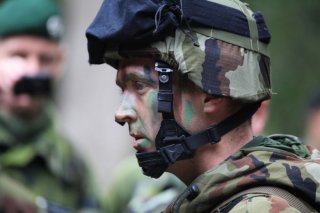 A few days ago, President of the European Commission Jean-Claude Juncker made headlines by calling for the creation of an EU military headquarters. This old idea has been resurrected and is now being promoted as an essential step toward a European defense union. According to Juncker, “We must have a European headquarters and so we should work towards a common military force.” The possibility of this idea coming to fruition has increased due to Brexit, but this proposal continues to be a bad idea and a waste of scarce resources.

For many years, the United Kingdom has blocked efforts to create an EU military headquarters. But now that the UK voted to leave the EU, there is a renewed effort to move forward on this proposal, because London will no longer have a vote to prevent it. EU High Representative Federica Mogherini has also recently advocated for an EU military headquarters and drawn attention to the significance of the timing: “We have the political space today to do things that were not really do-able in the previous years.”

It has been reported that this new campaign to create an EU military headquarters originated from a meeting of German and French leaders during the NATO summit in Warsaw. Berlin and Paris are clearly leading this initiative, and an EU military headquarters is one of the main recommendations of a six-page joint paper from defense ministers Ursula von der Leyen and Jean-Yves Le Drian that came out on September 11. Germany has made this a higher public priority than France, and included the proposal in the defense white paper it released a few days after the Warsaw summit. The document makes it very explicit that Germany is “aiming to establish a permanent [European] civil-military operational headquarters in the medium term.”

The recent campaign by Juncker, Mogherini, and the governments of France and Germany for an EU military headquarters is a regrettable step in the wrong direction. Great Britain has the largest defense budget of all the members of the EU. Regardless of what post-Brexit relationship emerges between the EU and the UK, the EU will continue to want and need British cooperation and contributions to European security activities. Rushing to invest resources in a facility the UK finds wasteful is not the best way to encourage future British involvement in European security. The value of the post-Brexit security relationship between the EU and the United Kingdom far outweighs the clear costs and limited benefits of poking London in the eye by creating an EU military headquarters.

Despite their polite language to the contrary, this effort is also a bad idea because it is basically another attempt to duplicate NATO, rather than to strengthen it. And by doing so, this proposal contradicts the recent NATO-EU cooperation agreement signed in Warsaw. As stated in that document, the EU agreed with NATO that “we need new ways of working together and . . . we have to make the most efficient use of resources.” The new campaign in the EU to create a new security infrastructure, such as a military headquarters, is not a new way to work with NATO, it is a cheeky attempt to divert resources away from the alliance.

Creating more EU infrastructure is also not “the most efficient use of resources.” Strengthening European defense should mean paying for more European soldiers in the field to prevent conflict, and more ships protecting maritime borders, not buying more office space for the EU bureaucracy. For example, a much more needed use of European resources would be to provide ships for the NATO Standing Maritime Group, which has been under its ideal strength for years. Another better use of European defense resources would be a deployment to Mali to relieve some of the French units that have been fighting Islamic insurgents there on behalf of all of Europe. The EUTM-Mali operation is good for building local forces, but replacing French combat troops would begin to answer the calls from Paris to improve EU security burden sharing. It would also help France alleviate its shortage of deployable forces. During a time of fiscal crisis across Europe and other competing demands for defense resources, it is no wonder that many Americans and Europeans see an EU military headquarters as a vanity project that would consume resources better spent producing deployable European defense capabilities.

Just a few weeks ago in Warsaw, the EU agreed with NATO that cooperation between the two organizations is “a strategic priority.” European leaders should focus time and resources on achieving this urgently needed priority, instead of pursuing misguided aspirations for a duplicative defense infrastructure.

Jorge Benitez is the Director of NATOSource and a Senior Fellow at the Atlantic Council.