Everything That Is Wrong with HR 1 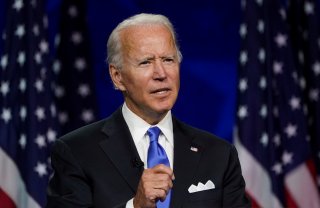 The concept of a Trojan Horse may be something of a political cliché but it is hard to think of a better analogy for HR 1, also known as the For the People Act. It sits at the legislature’s gates now as an election reform bill formally designed to redress racial grievances. The reality, however, is very different.

To start, HR 1 would grant federal voting rights to convicted felons, enabling people who have been sentenced for cruel crimes to cast ballots so long as they aren't serving a sentence in a correctional facility at the time of the election. What about felons out of confinement? In 2017, Brian Golsby abducted, raped, murdered a twenty-one-year-old student at Ohio State named Reagan Delaney Tokes. Golsby had just gotten out of prison after serving a six-year sentence for abducting a pregnant woman and her child and raping the woman. He was staying in state-contracted housing at the time of the crime.

Golsby raped Tokes, then marched her into a field and shot her in the head. He didn’t even bother removing the GPS monitor issued to him by the Ohio Department of Rehabilitation and Correction. Would HR 1 have allowed him to vote? The answer appears to be yes.

“Under the Democrats’ radical plan to give the vote to everyone, even violent felons including rapists and murderers who were just released can cast a ballot,” said Sean Kennedy in an interview for this story. Kennedy is a visiting fellow at the Maryland Public Policy Institute who has written extensively on felon voting rights and COVID releases. “The bill specifies that the individual only need be currently incarcerated so all probationers and parolees including those under home confinement or GPS monitoring could legally vote including dangerous predators like Golsby.”

He warns that many of the worst types could benefit from HR 1. “Thirty states currently restrict the ballot to only those who have completed their sentence or had their rights restored by a court, so over two-thirds of released felons would be instantly eligible to choose their Congressman, school board president, and local water board officials with a vote equal to their victims and their families.”

“So far,” he adds, “over 100,000 prisoners have been released due to ‘COVID concerns,’ many of which have gone on to commit heinous acts including murders, rapes, and hate crimes.”

Indeed, HR 1 would effectively codify as federal law the massive, emergency expansion of mail-in voting implemented in response to the pandemic while eliminating basic election integrity measures. HR 1 would dramatically expand ballot harvesting and remove limits on how many ballots a single person could return on behalf of others. It would compel states to accept mail-in ballots postmarked before or on election day—without requiring any standard of proof—if received within ten days after the election. The bill prohibits states from requiring a voter to provide an ID to vote by mail or require notarization or witnesses of voters’ signatures to cast an absentee ballot. It consequently paves over federal election laws that received bipartisan support, like the Help America Vote Act of 2002.

HR 1 registers to vote virtually anyone who interacts with the federal government for a variety of reasons. As a result, the bill’s authors anticipate noncitizens to be registered, so they include a provision to protect them from prosecution if and when they are automatically registered in error. Further, it would impose, as the MinnPost put it, “new safeguards against improper purges of voting rolls to prevent voters being incorrectly removed from their voter registration.” That is another way of saying it would make it more difficult to clean up and upgrade states’ voter databases.

In 2012, on top of millions of invalid voter registrations, the Pew Center on the States found more than 1.8 million dead people registered to vote across the United States, and approximately 2.75 million people with registrations in more than one state. Our voting systems, the authors warned, “are plagued with errors and inefficiencies that waste taxpayer dollars, undermine voter confidence, and fuel partisan disputes over the integrity of our elections.” As a result, elections can suffer from “the perception that they lack integrity or could be susceptible to fraud”—and that would only worsen under HR 1.

The bill would also eliminate all voter ID laws. “If ‘John Jones’ says he wants to vote, there's no way to prove that ‘John Jones’ is ‘John Jones,’” worries Raynard Jackson, CEO of the political consulting firm Raynard Jackson and Associates. He told The National Desk’s Jan Jeffcoat that there would be “no way to prove that ‘John Jones’ hadn't voted at five other locations, he just kept driving around town, voting multiple times.” That may or may not be an exaggeration, but all that would take the place of voter ID is a sworn statement. At a time when “interpersonal trust is in catastrophic decline,” HR 1 attempts to institute voting by the honor system.

The rebuttal goes that voter ID is intimately connected to the specter of Jim Crow. However, that is complicated by the fact that recent polling shows 69 percent of Black people and 82 percent of other minorities say voters should be required to present photo identification before being allowed to vote. Support for voter ID laws has actually increased from 67 percent to 75 percent since 2018 among likely voters.

But the worst, most significant aspect—and the real purpose—of HR 1 is hidden in plain sight. “It would abrogate the authority of state legislators to draw the boundary lines of congressional districts and transfer it to so-called independent redistricting commissions,” explains Hans von Spakovsky, a senior legal fellow at The Heritage Foundation. As with all the other provisions, the justification for these commissions is anti-racism.

He notes that to be in the “selection pool” for one of these commissions, an applicant would, among other things, have to disclose their “race, ethnicity, [and] gender.” HR 1 requires that membership on the redistricting commission be “representative of the demographic groups [including racial, ethnic, economic, and gender] . . . of the State.” This is a racial- and gender-quota system that appears conspicuously at odds with the Civil Rights Act of 1964, which prohibits discrimination based on race, color, religion, sex, or national origin. Like most affirmative action-type policies, these requirements would likely result in discrimination against white Americans.

Put simply, HR 1 would not make elections fairer, securer, or safer. There is certainly room and a need for reform, but HR 1 would be iatrogenic in its effects: its prescriptions would cause more harm. However, that’s beside the point.

Independent of its formal aims, the effective truth of HR 1 is the usurpation and centralization of individual states’ constitutionally assigned functions into bureaucracies that would serve above all the political party that created them—there is no such thing as an “apolitical” institution or commission. And Democrats, who control or benefit from much of the bureaucratic apparatuses of the managerial regime, know this.

Some of HR 1’s opponents have struggled to formulate a response to the anti-racism narrative behind the bill beyond merely yelping about double standards. Thus, it may be worth reflecting on the concept that Pierre-André Taguieff, a French philosopher who has specialized in the study of racism, likens to totalitarianism. President Emmanuel Macron himself reportedly uses Taguieff's work to better understand the dangers facing France from the social theories on race imported from American universities. Politicians and prominent intellectuals alike view them as an existential threat to the French Republic and French identity.

According to Taguieff, society is currently in the presence of “antiwhite anti-racism,” or what is a new, disturbing form of “politically and culturally acceptable political and cultural racism.” Some people believe that white people are “systemically” guilty of racism because they are white and Black people are “systemically” victims of racism—which is “white” by definition—because they are Black. “This militant definition of racism, known as 'structural' or ‘systemic,’ further implies a dogmatic definition of anti-racism as the fight against white racism, and nothing else,” Taguieff explains. “And if said racism is ‘systemic,’ then anti-racist action must aim at destroying the ‘system’ that produces racism by its very functioning.”

Taguieff adds that this definitional “sleight of hand” precludes “the very possibility of anti-white racism and conferred a revolutionary final telos on the anti-racist struggle.” Therefore, he concludes, “Marxists of all persuasions welcome these anti-racist anti-white mobilizations, in which they see the Revolution on the march.”

Though the ends of HR 1’s promoters may or may not be as lofty as Lenin’s, the means are more or less the same: by portraying the “system” as racist, its deconstruction is justified and opposition to HR 1, by definition, is racist in the Taguieffian sense. It is therefore irrelevant that some of HR 1’s provisions are, in fact, discriminatory, because this view renders “the existence of anti-white racism theoretically impossible.”

Taguieff’s advice is to explicitly reject intimidation from the hucksters of professionalized anti-racism and all the schemes they attempt to justify by those means. Americans should take a page out of his book before it’s too late.