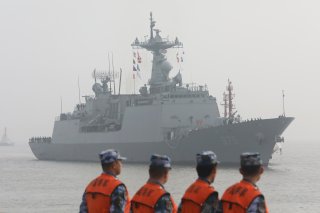 “Great-power competition” was the central organizing principle of the just-concluded December 2019 sessions of the Loisach Group, the track 1.5 German-American security dialogue co-hosted by The George C. Marshall European Center for Security Studies’ and the Munich Security Conference. Yet while there was unanimous agreement that both China and Russia are revisionist powers seeking to alter, redefine or even abolish the rules that have governed the international system since the end of the Cold War, as part of their efforts to reduce the overall influence of the Euro-Atlantic world in global affairs—“great power competition” does not automatically lend itself to shared solutions.

Part of the problem is that all three words of the bumper sticker are open to major differences in interpretation. First and foremost, what constitutes competition? Which sports metaphor best describes what sort of “competition” we are discussing? Is this a sudden-death, single-game match where winning and losing are zero-sum in nature, like a game of football (in either its international or American variants)? Is it more akin to a tournament like the Tour de France where winning individual races matters less than overall performance? Is it like the golf circuit where winning conveys more prestige and prize money but where other finalists can still walk away with substantial prize purses? To put in more bluntly, there is a major difference between great power competition where the goal is to eliminate rivals versus one where all the great powers are still standing at the end of the day and the focus is on their standing in the international system.

Second, who are the “powers” that are competing? The default assumption of the U.S. national security community is that we are focusing attention on the big three “revisionists” of Russia, China, and Iran. Yet among a large swathe of the populist base, security allies but economic competitors like Japan and Germany are also equally the subject of competition. And who are the technological powers against which the United States must either partner or compete? I recall clearly a fascinating session at the Center for the National Interest some fifteen years ago where former National Security Advisor Robert “Bud” McFarlane made the point that the country which succeeds in breaking dependence on hydrocarbons to power its vehicles and transport infrastructure will become the major winner of the twenty-first century. During the Cold War, we tended to think of the technological and industrial powerhouses of East Asia, Western Europe and North America as forming a unified conglomerate under the rubric of the “Free World”—but is that going to remain operative as we move into the mid-twenty-first century?

Finally, what makes a power “great?” Nuclear weapons (so does this induct Pakistan and North Korea into the ranks of the great powers)? Global power projection capabilities? Economic and financial resources? Soft or sharp power tools to influence other societies? Under some rankings, Russia falls off the list of “great powers”—certainly not the perspective of many in the U.S. national security community who routinely include Russia as one of the great powers with which the United States is in competition.

We also cannot ignore the geographic question. Much to the chagrin and confusion of some in the U.S. national security community, Central European states who vigorously resist the expansion of Russian influence also eagerly accept Chinese investment and loans and the introduction of Chinese telecommunications technology. In part, this is because countries like Poland have a clear historical experience of occupation at the hands of different regimes centered to the east (Russian Empire and the USSR), but no worries of domination from Beijing (short-lived Mongol incursions in the thirteenth century notwithstanding). Similarly, America’s East Asian allies are well aware of the threat posed by a rising China—and do not trust Xi Jinping’s “win-win” formulations—and, conscious of the need to keep Russia as a balancing factor in northeast Asian politics, are less inclined to join Western sanctions measures imposed on Moscow over its incursions into Ukraine.

One “solution” would be to force the spring in terms of pushing Moscow and Beijing into each other’s arms to such an extent that Moscow and Beijing become equal problems for Central Europeans and East Asian states alike, marrying China’s economic and military potentials with Russia’s energy and sharp power tools. This would also entail resurrecting concepts of a “global NATO” based less on shared values and more on the perception that durable trans-Atlantic and trans-Pacific coalitions would be needed to contain and balance both China and Russia. Another approach would be to disaggregate Russia and China in such a fashion so that regional balances can be preserved. Vietnam and India have traditionally maintained their security relationships with Moscow for precisely such reasons, while Central Europeans see Chinese investment in Ukraine as a way to counterbalance Russia’s geoeconomic pressure.

One thing is certain, however. Key European and Asian allies and partners of America have embraced the language of “great power competition”—but still have divergent definitions, not only with Washington but with each other. And the acceptance of a term at dialogues and security conferences does not change Elbridge Colby’s observation: “We now live in a world of multiple powers with divergent interests and objectives.” The task is to ensure that the analytic tool of “great power competition” helps to illuminate rather than obscure this reality.