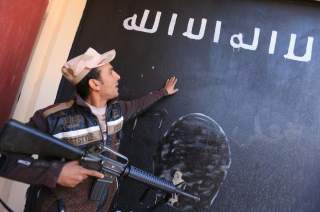 The Islamic State’s caliphate has collapsed, although leader Abu Bakr al-Baghdadi is still at large, and the group still claims as many as ten thousand loyalists in Iraq and Syria. And yet even as the core group, once headquartered in Raqqa, Syria, continues its demise, the Islamic State seeks to expand elsewhere, boasting active affiliates or franchise organizations in Egypt’s Sinai peninsula, Libya, Yemen, Afghanistan, Nigeria, Saudi Arabia and Russia. ISIS has also made inroads into southeast Asia, particularly the Philippines.

As the conflict in Iraq and Syria further ebbs, the United States and its allies are surveying the globe in an attempt to anticipate where future threats might develop. By looking at how other terrorist groups have expanded in the past, lessons may be learned about how and why these groups seek new affiliates.

The franchising model of terrorism is rare, and more a feature relevant to the global jihadist movement. To discern how ISIS might continue to expand in this way, it makes sense to trace Al Qaeda’s trajectory, which followed a similar pattern of expansion throughout the 2000s.

Al Qaeda sought to expand its organization into new geographic locations following the U.S. invasion of Afghanistan in late 2001, which was followed by a decade-long American counterterrorism offensive relying on drone strikes and special operations forces. Al Qaeda’s first franchise group was established in Saudi Arabia in 2003, followed by affiliates in Iraq (2004), Algeria (2006), Yemen (2007), Somalia (2010) and Syria (2012). As Al Qaeda expert Barak Mendelsohn details, the group expanded in two ways—establishing its own branch via “in-house” expansion, as it did in Saudi Arabia and Yemen, or merging with existing terrorist groups, as it did in Iraq, Algeria and Somalia.

Terrorist groups seek new affiliates for a variety of reasons, including to expand in scale and scope; to take advantage of and harness local expertise; to foster and diffuse innovative tactics, techniques and procedures; and to increase the group’s legitimacy where it might otherwise be viewed skeptically as a foreign entity.

Expanding into new theaters can make a terrorist group seem more powerful than it actually is, as the organization lays claim to each and every attack on security forces in far-flung locales from North Africa to South Asia. While Al Qaeda central sought to attack U.S. forces operating in Afghanistan, its affiliates conducted attacks against Western interests in Saudi Arabia, Algeria and elsewhere, giving the impression that Al Qaeda was able to launch strikes across the globe at will, even where these attacks did little to further the objectives of the core organization. A prime example of this occurred with Al Qaeda in the Islamic Maghreb’s seeming unwillingness or inability to adopt a less parochial strategy.

Franchising also allows terrorist groups to gain local expertise. By merging with al-Shabaab in Somalia, Al Qaeda moved into an area of the world where it would have been difficult, if not impossible, for Arab fighters to navigate complex tribal dynamics and clan disputes. Working with and through al-Shabaab mitigated this challenge and facilitated Al Qaeda’s expansion throughout the Horn of Africa.

Expansion also helps terrorist groups cultivate innovation, evidenced by Al Qaeda’s expansion into Yemen through Al Qaeda in the Arabian Peninsula (AQAP), where it capitalized on the bombmaking expertise of Ibrahim Hassan al-Asiri, whom former CIA director David Petraeus recently labeled “the world’s most dangerous man.” When core Al Qaeda went years without being able to pull off a spectacular attack against the West, AQAP managed several “near misses” against U.S. airliners, including the notorious underwear-bomber plot and another plot against cargo planes with explosive-laden printer cartridges onboard.

Finally, expansion allowed Al Qaeda to increase its legitimacy in conflict zones. In Syria, Al Qaeda’s affiliate has engaged in the provision of local services, including water and electricity, while also working to support local bakeries and control market prices of basic foodstuffs in an effort to prove it is concerned with everyday issues important to Syrians.

However, affiliation does not always yield a net positive result. Cumbersome and unanticipated burdens are often associated with such alliances.

Expanding terrorist operations is a difficult and risky endeavor, one fraught with numerous uncertainties and unexpected pitfalls. In some cases, terrorist affiliates may lack the capability or the desire to carry out the agenda of the parent organization. In others, there are issues with command and control, especially as terrorist groups seek to convey directives and operational plans across vast distances without communications being intercepted.

Perhaps the most significant cost of affiliation is the problem of brand management, wherein an affiliate group’s actions are inimical to the core group’s image or brand. Affiliate groups can pursue their own objectives irrespective of the overarching strategy of the umbrella organization. The most obvious example of this was with Al Qaeda in Iraq (AQI), where the group’s bloodthirsty leader, Abu Musab al-Zarqawi, waged a sectarian campaign against Iraq’s Shiites. On numerous occasions, Al Qaeda’s leadership attempted to rein in Zarqawi, but to little avail, as he repeatedly rebuffed the overtures of Al Qaeda founder Osama bin Laden and Zawahiri to moderate AQI’s ethnic-cleansing campaign.

Since the Islamic State’s brand is essentially based on sectarianism and violence (which makes sense, since it grew out of AQI) there is little concern about an ISIS affiliate committing attacks considered beyond the pale. But, ISIS should be concerned about “shirking,” where some franchise groups enjoy the benefits of the brand name without offering much in return. For Al Qaeda and its affiliates, there was a near constant tension between local and global agendas, often referred to as the “near enemy” versus “far-enemy debate.”

The Islamic State has already begun shifting its resources abroad in an effort to bolster existing franchises, which are mimicking core ISIS tactics by ramping up suicide bombings in Afghanistan and hit-and-run attacks in the Sinai. This trend will likely continue—when a group assumes the ISIS brand, it also often adopts ISIS tactics, ideology and governance structure, as happened in Libya.

Since its founding, the Islamic State has consistently expanded and contracted in order to achieve its objectives. The existing ISIS franchise groups are dangerous, already proving themselves a lethal and destabilizing force in the areas they operate. But where might the next Islamic State franchise group emerge?

Part of the answer may lie in an area where ISIS’ remaining leadership feels the group must expand to remain relevant. A similar situation unfolded with Al Qaeda in 2003 following the U.S. invasion of Iraq. Al Qaeda strategists felt that the group would be marginalized within the global jihad if it failed to establish a franchise group in a Muslim country “under siege” from non-Muslims.

In a similar way, the Rohingya crisis in Myanmar—where a Muslim minority is being oppressed by a Buddhist majority—could serve as a motivating factor for the Islamic State to expand throughout South and Southeast Asia. In January, Malaysian authorities arrested two ISIS-linked Indonesian citizens who were allegedly planning to kill Buddhist monks in retaliation for the treatment of Rohingya Muslims in Myanmar. Similarly, Akayed Ullah, the Bangladeshi immigrant who detonated a pipe bomb in the New York City subway in December, was said to have visited a Rohingya refugee camp just before returning to the United States and detonating his explosives.

As the Islamic State and Al Qaeda continue to compete for new recruits and territory, the international community should be on high alert for a new ISIS franchise breaking ground in virgin territory. Still, according to this theory, the ideal territory for expansion is a fragile state plagued by persistent civil conflict, sectarian tensions and a population considered fertile for and receptive to the Islamic State’s propaganda. Myanmar is one such country, even though there are already indications that Al Qaeda in the Indian subcontinent has begun working with local jihadist groups on the ground there.

A new franchise group in Myanmar would allow ISIS to gain many of the benefits of affiliation by furthering its strategic reach, leveraging local expertise, spreading innovation and increasing the group’s legitimacy in a part of the world where it heretofore lacked a significant presence.

There are currently several important impediments to Myanmar developing into the next jihadist hub, especially a lack of logistical infrastructure that includes weapons, safe houses and a robust network of travel facilitators. That dynamic could change over the next year with a sustained effort and assistance from returning foreign fighters and existing ISIS operatives in the broader region, including Bangladesh—making the country a ripe target for ISIS expansion.

Colin P. Clarke is a political scientist at the nonprofit, nonpartisan RAND Corporation and an associate fellow at ICCT-The Hague.

Image: An Iraqi soldier looks at a wall painted in the colours of the black flag commonly used by Islamic State militants, in the village of Argoob, Iraq, January 6, 2017. REUTERS/Ari Jalal​