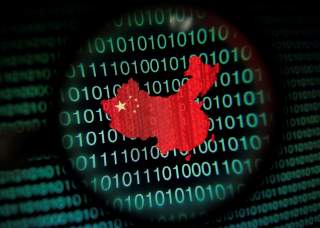 The past decade has been difficult for political leaders in Kenya. Terrorist attacks at Westgate Mall in 2013 and Garissa University College in 2015 had left hundreds of people injured or dead. Additionally, rising crime figures in rapidly-growing cities like Nairobi and Mombasa left the impression that Kenyan security forces were losing control of Kenyan cities. Worse still, a series of carjackings and tourist robberies began to effect a major source of revenue. It was with relief then that the Kenyan government received an offer to build a new Smart City program by the prominent Chinese tech company, Huawei. Partnering with Safaricom, Kenya’s largest mobile network provider, Huawei promised to build a network architecture, utilizing big data analysis, a large number of connected devices and sensors, to help give Kenya “new tools to improve public services such as crime-fighting, and to keep an eye on what is going on generally.” Working closely with Kenyan officials, Huawei created a command center and public surveillance system linking 1,800 surveillance cameras with 195 police bureaus and 7,600 police officers across Nairobi, with a further 200 cameras at city checkpoints.

While the centralizing of data on crime and municipal services will be a great boon to rapidly-growing cities across Africa, the Indian Ocean, and Central Asia, they are not without their dangers. As we will discuss in this and a follow-up piece, Beijing’s rapidly expanding influence over the digital space of the Indo-Pacific will have real-world effects on the people who live inside such systems, impacting how comprehensively states are able to surveil their citizens. They may also have an impact on the geopolitical landscape as states that fall under the People Republic of China’s (PRC) digital system, may be aligning to a new type of political, digital and economic order, analogous to that built by the United States and its allies after World War II. While looking at a map of the Smart Cities growing across the Central Asian landscape, it is possible to imagine that a new type of political order is arising. As Western experts begin to understand the inner workings of how the Chinese state uses various technologies in packages like the “Integrated Joints Operations Platform” (IJOP), used by the Xinjiang Bureau of Public Security to persecute and monitor the Uighur—understanding China’s use of technology for political effect is of the utmost importance.

The primary conduit and driver for the PRC’s digital strategy is the Digital Silk Road—a supporting pillar of the Belt and Road Initiative—which was first developed in March 2015 in a White Paper jointly issued by the PRC Ministry of Foreign Affairs, the National Development and Reform Commission, and the Ministry of Commerce. In it, the three ministries advocated for “countries along the Belt and Road . . . [to] improve the connectivity of their infrastructure construction plans and technical standard systems . . . and form an infrastructure network connecting all sub-regions in Asia, and between Asia, Europe, and Africa, step by step.” And so various parts of the Chinese state and private sector have driven themselves into the task with gusto and enthusiasm. Only five years later, nearly a quarter of the 4.2 billion people living in urban environments now live under PRC Smart City and Safe City network and surveillance technologies. Huawei and ZTE have developed contracts or have built Smart City technologies around the world, in Africa, Southeast Asia, and the Middle East, with Huawei building smart cities in over 200 cities across forty countries and regions, and ZTE building smart cities in over 170 cities across sixty countries.

As with infrastructure, China has understood what local and regional governments need and catered to those needs in expert fashion. The world’s urban population is predicted to grow by an additional 2.5 billion people in the next thirty years, with a doubling of the global middle class taking place in and around China and India, providing a huge expanse in the region’s urban space. The building of so many new cities and the hyper-growth of so many current cities will require a major outlay in infrastructure, energy, and transportation hubs. It will also require the efficient allocation of resources, energy, and—as the mainstay an increasingly digital global economy—access to digital networks and the internet of things. Just as the British Government helped promote Cable and Wireless’s expansion across its empire in the late half of the nineteenth century, so the PRC is helping to fund its companies in this new digital infrastructure expansion across the Eurasian landmass with the Silk Road Fund (dominated by the People’s Bank of China) taking the lead. It is, as many observers have already noted, a strategy with deep geostrategic implications. It is also a strategy that has security implications for the West, for the United States, its allies, and for other rising powers—such as India, South Africa, and Brazil.

The most visible signs of this digital infrastructure are the fiber cables, the network base-stations, the satellite networks, and the Smart Cities provided at the “consumer” end. Smart Cities coalesce data, connecting, and computing service platforms with existing information sources under one roof in Intelligent Operation Centers (IOC). These centers integrate disparate information from different sources to create—in the jargon—a real-time, comprehensive, and actionable image of city operations. IOCs provide a centralized data-exchange platform critical to day-to-day operations of administrative, industrial, environmental, energy, and security systems. In layman’s terms, the IOC acts as a living organism that continuously assesses citywide operations and identifies requirements through sensors and cameras that are distributed around key nodes allowing for real-time monitoring and predictive analysis. Powered by the expanse in data provided by 5G technologies, multiple sensors can be deployed from street lamps tell electric companies that they’ve gone out, to buildings can regulate their own heating and ventilation. Smart Ports provide the additional capabilities of device automation, intelligent scheduling, and trade surveillance to improve resource allocation and ship transfers. The premise is that a better-integrated and effectively-operated city boosts economic activity, and promotes sustainable growth into the future.

And therein lays the rub. Centralized access to personal, commercial, and political data carries with it a huge centralization of data that is at odds with concepts of the rights to privacy. On the Digital Silk Road, this centralization of data benefits China as much as it benefits host nations, introducing vulnerabilities into the host nations that could be utilized if they were to ever come into conflict or suffer diplomatic tensions with Beijing. By acting as network architects and administrators, Beijing will be privy to data streams in real-time across a large portion of the world, enabling them to develop influence and power across a number of different matrixes. In the first instance, that power and influence would be over the foreign policy elites of host nations, including civil servants, political and military leaders, journalists, the legal and commercial sectors in the form of information. This might be used as kompromat—to leverage key individuals in critical moments of internal discussion—on issues Beijing judges central to its interests. The IJOP in Xinjiang combined information gathered from multiple data sets—including CCTV, banking, employment, and health records, Wi-Fi sniffers, security checkpoints, and facial recognition—to monitor the details of people’s daily lives at the level of minutia. Whether or not the smart city programs incorporate these functions in given states will be of critical importance to the lives of their inhabitants. Second, it enables Beijing to expand its legal and political norms and values—albeit, bundled as part of these technological packages. As Tin Hinane El Kadi has written for Chatham House, many countries sign deals with Chinese tech companies that install these systems with little or no oversight or adopt repressive cybersecurity laws that resemble China’s. Third, it is likely to be used to further China’s economic expansion across developing economies, providing massive amounts of raw consumer and market data, giving Chinese firms advantages that their competitors—local and Western—will be unable to challenge. This will be particularly true in sectors that China has judged to be of national security interest, such as biotech, new materials, wearable devices, information communications technology, AI, and the internet of things. It might be used to coerce foreign policy elites “downstream” from the port host nation by applying pressure on the supply chain. A Southeast Asian state at odds with Beijing, for example, could find critical goods held up in ports in Pakistan or Sri Lanka—in a deniable and unofficial sanctions system.

Through the development of this “network-of-networks” across the Indo-Pacific region, the PRC will be able to access and monitor large swathes of data running through the national networks of scores of host nations across the Indo-Pacific space, using big data and artificial intelligence logarithms for analysis. It is possible that this age is witnessing the building of the largest intelligence-collecting program in human history, giving China real-time access to the digital economies, finances, crimes, and personal lives of the citizens of three-quarters of the world. It is unquestionably a defining moment in the history of data. As we continue our own Western debate on the role big data companies will have in liberal democracies and tensions between privacy and the political and economic exploitation of data, we would do well to look at the world that China’s tech industry is seeking to remake in its own image. It is not a world we have lived in before.