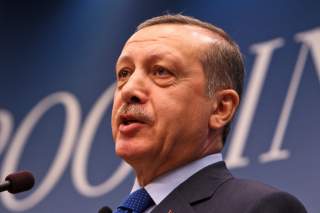 One hundred years after the Ottoman-era atrocities against the Armenians, a fierce battle is still being fought between Turkey and Armenia over historical truth. In this war, politicians and lobbyists have replaced the generals, and international legislative bodies serve as battlegrounds where history and politics are mixed, often irresponsibly.

On April 24, Armenians around the world annually commemorate the mass atrocities that were perpetrated against them by the Ottoman Empire during World War I. Most historians put the number of Armenian Christians who perished at between 1 million and 1.5 million and consider the events to have been genocide. Turkish authorities, however, have contested these figures and rejected the use of the term genocide. The official Turkish position instead attributes the deaths and displacements to the broader context of the war, during which many Muslims, Turks, and other minority groups also perished. Although the scholarly record is not ambiguous, Turkish officials have advocated for the formation of an international commission of historians to study the matter before a definitive conclusion is reached. For Armenians, Turkey’s contestation of history and disavowals of responsibility remain a source of deep bitterness.

This year’s remembrance of the Medz Yeghern (an Armenian term commonly translated as “Great Catastrophe”) carries extraordinary weight and expectations, as it is the centenary of the massacres. To commemorate the events, Armenian leaders have invited world leaders to gather later this week in Yerevan. Numerous ceremonies and other memorial events have already been organized to bring international attention to the tragic history. The Armenian diaspora’s campaign to achieve genocide recognition from local, national and multilateral governments, newspapers, academic organizations and other policy makers has grown in intensity. In recent days, Pope Francis and the European Parliament called upon the Turkish government to acknowledge the mass deportations and killings as genocide. On Monday, the German government retreated from its long-standing avoidance of the term.

For the Turkish government, the term genocide is neuralgic and fraught with legal and financial implications. Not surprisingly, Turkey responded to these calls for recognition in an instinctively defensive and uncompromising way, recalling its ambassador to the Vatican for consultations and warning that such calls would harm relations. In an acrimonious war of words, Turkish leaders have branded the Pope as part of "an evil front" that is stirring hatred and using “blackmail” to plot against them, and they lashed out against the “unfounded claims.”

This harsh reaction was preceded by Turkey’s decision earlier this year to move a commemoration of the World War I battle of Gallipoli from its customary date on March 18 to April 24-25 in order to compete with the genocide remembrance activities in Yerevan. This political maneuvering stoked considerable resentment on the Armenian side and has forced world leaders, who might otherwise have participated in both commemorations, to make an uncomfortable choice between the two.

These developments are regrettable because they come after Turkish officials have made steps in recent years toward reconciliation with Armenia and its global diaspora. The uproar negates the symbolic goodwill that might have come out of the statement last year by then Prime Minister of Turkey Recep Tayyip Erdoğan and this year’s declaration by Prime Minister Ahmet Davutoğlu, each of which recognized the pain of the Armenians and extended condolences to the descendants of those who perished. The revived discord also allows hardline nationalists on both sides to persist in their categorical demonization of the other.

Even more unfortunately, the tension overshadows the important societal changes taking place in Turkey toward understanding the fate of Ottoman Armenians. Less than a decade ago, the Turkish government was still prosecuting citizens for describing the events of 1915 as genocide. Since that time, an awakening has begun regarding the “Armenian issue”—several books have been published, international conferences and televised debates have been held, and an online apology campaign received over 30,000 signatures of support. Several Turks have revealed long-hidden family secrets about their ancestors being Armenians who were rescued from the death marches and taken into their families. These developments have helped to stir this particularly difficult and controversial history in the broader Turkish consciousness.

It is now not uncommon for Turks, along with Armenians from around the world, to assemble across Turkey on April 24 to commemorate the fate of Ottoman Armenians. The anniversary date has also become an occasion to remember the courageous Armenian-Turkish journalist, Hrant Dink, for his struggle to get Turkish society to reconsider its history and investigate how a once-thriving Armenian community in Anatolia disappeared. Increasingly, the officially scripted narrative, portraying Ottoman-era Armenians as traitors who were simply relocated, is being questioned.

However, at the official level, the process of the “Turkish Thaw”—as the author Thomas de Waal has labeled it—has been intermittent and delayed at times by strong political winds. The genocide resolutions come ahead of Turkey’s highly contested general elections in June. The outcome of the elections will determine whether the governing political party and its former leader, President Erdoğan, can rewrite the constitution and transform the long-established parliamentary system into a presidential one. Polls suggest a tight race, which is spurring the government’s need to woo nationalist votes. This explains, in part, the harsh reaction in Turkey and the reflex to see itself as the target of Western conspiracies. Furthermore, the genocide statements come amid dire circumstances on Turkey’s border. The displacement and death in Iraq and Syria brings an added source of contestation for many in Turkey. Erdoğan has recently accused leaders of the Christian world for remaining silent and heedless to the sufferings of Muslims. The events that have been unfolding in the Middle East and the persecution of minority groups are in many ways very much reminiscent of 1915.

In this charged atmosphere, categorical public calls on Turkey to recognize the Armenian genocide risk undermining the modest gains the nation, and especially its people, have made with respect to reconciliation. As Hrant Dink argued, history should not be legislated by the parliaments of third countries or imposed on Turks from abroad. Dink acknowledged that Turks and Muslims also suffered during World War One. Awareness of the broader context of the war is relevant, as is recognition of what Turkish officialdom has called the “shared suffering” of the Turks. However, Turkish officials have at times tried to use the context to absolve the Turkish state of wrongdoing, formulating a moral equivalency regarding the events and their victims. Although there was widespread suffering, the atrocities that befell the Ottoman Armenian communities cannot be contextualized away as collateral damage amid the chaos of war. Context can help foster empathy, but it cannot exculpate.

Turkey and its people need to face and accept their history fully and fairly. As they do, the international community can assist by also expressing empathy for the pain inflicted on Muslims and other groups during and after World War I while commemorating the genocide of the Armenians. Recognizing the indiscriminate nature of the violence taking place in the Middle East today against Muslims, Kurds and members of ancient Christian communities would also go a long way toward ending the vicious cycle of recriminations.

For their part, Turkish politicians should avoid further inflammatory reactions and language that fuels “clash of civilization” misconceptions between Turkey and the West. Most importantly, how Turkey deals with the present will contribute to how it addresses the past. To this end, Turkey should lift its embargo and open its international border with Armenia—unilaterally, if necessary—which would constitute a powerful symbolic gesture in support of reconciliation.

Fiona Hill is Center on the United States and Europe (CUSE) Director and Senior Fellow in the Foreign Policy program at Brookings Institution in Washington, DC.

Kemal Kirişci is the TUSIAD Senior Fellow in the Foreign Policy Program at Brookings.

Andrew Moffatt is Associate Director of CUSE at Brookings.