Extinguishing the "Flames of Terror" in Africa 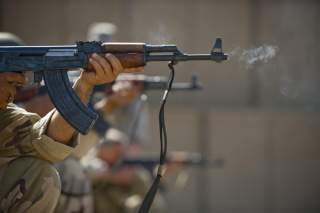 Earlier this month, in a single, daring strike whose importance has nonetheless been obscured by events elsewhere in the world, the United States scored an impressive victory against one of its most ruthless enemies. On Monday, September 1, drones struck a convoy travelling in a remote part of Somalia, killing Ahmed Godane, the leader of the radical Islamist group Al Shabaab.

The assassination of Godane will be, as the White House has stated, a “major symbolic and operational loss” for the Al Qaeda-linked group, which has been responsible for a series of heinous attacks throughout East Africa, notably the assault on the Westgate shopping mall in Nairobi almost exactly one year ago. Because Godane has no obvious successor, Al Shabaab may disintegrate, while his loss might also strike deep fear into the hearts of other insurgents in Somalia and elsewhere.

Unfortunately, however, his execution is barely a starting point in the effort to stabilize a stricken region. This is partly because new splinter factions—more radical, bloodthirsty and vindictive—may soon appear from the ashes of Al Shabaab. Or perhaps even Godane’s immediate replacement, an unknown called Ahmad Umar, may succeed in uniting disparate clans and cliques. Rarely is the elimination of any single individual more than a negative, and sometimes superficial, development. Much more positive steps are required to secure a lasting peace.

One such constructive step that Washington could now take to help Africa move forward concerns the continent’s intelligence capabilities.

At the moment, there is glaring lack of cooperation between nearly all of the African states’ intelligence agencies. It is true that the continent’s spy chiefs belong to an arm of the African Union, the Committee of Intelligence and Security Services in Africa, but this organization is just symbolic. Instead these agencies are better known for their lack of contact and rivalry.

Yet insurgents have no respect for international boundaries, drawing recruits, moving funds and conducting operations across borders. This is of course true throughout the world—just as Western volunteers are currently filling the ranks of the Islamic State and the Syrian rebels—but it is particularly true of African countries, whose vast borders are porous and, if patrolled at all, are manned only by the corrupt and inefficient. Nearly all of the continent’s most insurgent groups operate across borders: Boko Haram in Cameroon, Niger and Chad, as well as Nigeria; Al Shabaab in Kenya and Uganda, as well as Somalia; and a ragtag mix of Islamist militants currently based in the lawless regions that straddle southern Libya, northern Chad and northern Niger.

Africa’s intelligence chiefs need to cooperate in the same way as their counterparts elsewhere in the world, just as Britain and the United States work closely with partners in hotbeds of Islamist insurgency like Pakistan. When they have worked together, Africa’s spy agencies have previously yielded impressive results, even if they have not always targeted the most deserving; for example, in 2004, the bid by a British mercenary to topple one of Africa’s most brutal dictators, President Obiang of Equatorial Guinea, was foiled as a result of cooperation largely between South Africa and Zimbabwe.

A way forward is to build and fund an independent intelligence gathering and sharing organization, under the auspices of the African Union (AU), to which every state could subscribe. A prototype could be the AU-run Center for the Study and Research on Terrorism (CSRT), which is based in Algiers. The Center uses an extensive database to compile detailed information about cross-border threats and then sends the information in daily briefs to intelligence chiefs in all the African states.

The Center’s work could be extended considerably to include real-time actionable intelligence, and African spy agencies could use this data to work together on joint projects and operations. This would enable them to much more effectively counter insurgencies throughout the continent.

The United States could direct more funding to initiatives like the CSRT, which currently operates on a shoestring budget, and even offer training programs on intelligence-gathering and counterintelligence to some African countries. These steps could eventually lead to the development of a pan-African intelligence agency. One possible U.S. partner might be China, which has strong commercial interests in the continent and strong vested interest in promoting stability.

Successive crises in the Middle East are a reason to prioritize, not overlook or underplay, such steps. Large numbers of African jihadists have reportedly joined insurgencies in the Middle East. Equally, many Middle Eastern nationals, perhaps veterans of their own local conflicts, can easily migrate to Africa, stepping into the shoes of individuals like Ahmed Godane to ignite the flames of terror.

It is exactly one year since the attack on the Westgate shopping mall—in which at least sixty-seven people were killed and hundreds injured. This somber anniversary is a fitting reminder of the importance of enhancing cooperation between African states on intelligence issues.

Roger Howard is the author of ‘Terror in The Mall’ and an associate editor of Eye Spy magazine on intelligence issues.