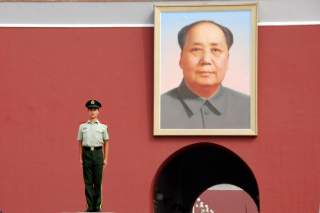 I’d like to thank Andrew Nathan for his thoughtful critique of my book. At first glance, his argument may seem far-fetched: although I’ve been living and working in Beijing for over twelve years, engaging with a wide range of intellectuals and public officials, and teaching at a university that has produced many of top China’s leaders, he claims I’ve written a fictitious account of China’s political system. Nonetheless, Nathan puts forward a strong case, and let me respond here. Given the word limit, I apologize if my response cannot do full justice to Nathan’s lengthy critique.

Neither Communitarianism nor Confucianism

Nathan claims that my book is “a continuation of [my] long-term polemic against liberal democracy dressed up as a book about China.” He traces the source of my alleged polemic to my 1980s work on communitarianism. In fact, Western thinkers (including myself) inspired by communitarian debates were committed to the basics of liberal democracy, including civil and political liberties. Electoral democracy as a means of selecting leaders was taken for granted, and the problem was too little democracy, not too much: communitarians aimed to supplement electoral democracy by means of various participatory and deliberative mechanisms meant to narrow the gap between democratic ideals and the reality. In this sense, the opening argument of my new book—that we should be open to the idea that electoral democracy is not the only morally legitimate way of selecting political leaders—is best viewed as a change of mind, not an extension of my earlier views.

Nor do I think “Confucianism is a complete political philosophy for the modern world.” My book is an effort to spell out the leading ideals of China’s political culture and to use them as a standard for evaluating political progress and regress. Those ideals are partly, but not wholly, inspired by Confucian political values and I try to defend the “China model” without explicit resort to Confucian values. I have the contemporary Chinese political context in mind, and I reject unrealistic proposals inspired by Confucianism no matter how desirable they seem to committed Confucians: for example, I no longer defend the idea of a “Confucian” parliament. Here too, I’ve had a change of mind.

So what did motivate my new book? It comes from extended exposure to the leading political debates in contemporary China. Academics and political reformers argue about which qualities matter for political leaders and how best to select leaders with those qualities. They also argue about how to limit the power of meritocratically-selected leaders and how to reconcile democracy and meritocracy. These questions are not typically asked in Western political debates, but they are hugely important in China. My book is an effort to think about those questions in a systematic way. To the extent I have political aims, it is to put forward culturally-sensitive proposals for political reform in China and to persuade Western readers that political reform can and should take place on the basis of leading political ideals in China.

A Range of Reasonable Interpretations

Nathan claims that my book “is not an account of the real China.” He objects mainly to the claim that the selection and promotion of political leaders in China becomes progressively more meritocratic at higher levels of government; rather, he asserts that vertical democratic meritocracy “does not exist.”

So, has China made meritocratic progress over the past three decades? Of course there is large gap between the ideal and reality: patronage and social networks, not to mention power struggles hidden from public view, help to explain who gets where. The workings of the department of organization, which sets the standards for the selection and promotion of officials, are opaque to outsiders.

But it is hard to deny that China’s political system is more meritocratic compared to Mao’s day. Education and examinations have played an increasingly important role in the selection and promotion of political leaders. My book draws on empirical evidence to show that officials were often promoted on the basis of good performance at lower levels of government, and good performance was typically measured by economic growth, which was seen as key to reducing poverty.

Those familiar with top Chinese leaders rarely question their abilities. The more serious doubt, given the extent of corruption in the political system, concerns their virtue. Hence, the current anti-corruption drive, the longest and most systematic in Chinese history. But it relies more on fear than on regularized procedures that can produce long term results. If the political system does not successfully address the issue of corruption, the whole idea that leaders are selected and promoted on the basis of superior qualities will be questioned, perhaps fatally undermined.

So while it is hard to deny that there has been meritocratic progress, there will be a range of reasonable interpretations about the extent of meritocracy in the system. Nathan’s blanket dismissal is almost certainly wrong. Without more transparency, however, nobody on the outside can assert with confidence the extent of PM in the Chinese political system.

The debate with Nathan is mainly about values, not facts. He thinks “liberal democracy”—the same political ideals expressed in the American constitutional system—should serve as the basis to evaluate China’s political reality. And the same mechanism of “one person, one vote” should be used to select (elect) political leaders, no matter what the political context or the level of government.

I favor PM at higher levels of government in China. PM is deeply entrenched in Chinese political culture. From Confucius onward, Chinese intellectuals argued over the best ways of selecting and promoting officials with superior qualities. For much of imperial Chinese history, leaders were selected by means of examination, then by performance evaluations at lower levels of government. Following the disastrous mixture of arbitrary dictatorship and extremist populism in the Cultural Revolution, this traditional system was re-established by Deng Xiaoping, but with a modernizing twist: officials were evaluated for their ability to promote economic growth. This system is now firmly entrenched, not just because it is rooted in Chinese political culture but also because it has delivered the economic goods. Not surprisingly, political surveys in China consistently show strong support for PM.

Of course, meritocratically selected political leaders need to be constrained (I do not agree with Plato’s idea that “philosopher-kings” should be given absolute power). Any decent political system needs to both empower leaders to do good things and limit their power to do bad things. But there can be justifiable areas of difference when it comes to drawing the balance between the two desiderata. Given differences in political culture, I expect Chinese to typically draw the line closer to the former, and Americans closer to the latter.

That said, Nathan and I share the ideal of more openness for the Chinese political system. In the future, economic growth will lose its status as the main source of legitimacy. Over the past several decades, government officials could be promoted based on economic performance above all else and there was less need for extensive debate. Today’s the country’s problems are much more diverse: rampant pollution, growing inequality and precarious social welfare, not to mention massive corruption.

Here things become more complicated for a political system that prides itself on the meritocratic selection and promotion of leaders. Should government officials be assessed according to their ability to deliver economic growth, to improve social welfare, to reduce corruption, to deal with the environment, to reduce to the gap between rich and poor—or to achieve some combination of these goals?

It is impossible to resolve such issues in a non-controversial way, and there are bound to be many winners and losers no matter what the decision. All of this means that the government needs more input from the people, not just to decide on priorities but also to take the heat off when large constituencies are unhappy with some policies.

People will need to argue about what works and to have a greater say. This will entail more freedoms of speech and association and mechanisms for consultation and deliberation within and outside the party. Electoral democracy, which now is allowed to operate only at the village level, needs to be extended to township and institutionalized within the party.