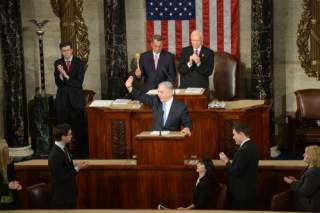 Since the Joint Plan of Action (JPOA) was reached in November 2013, critics have focused on a variety of its alleged deficiencies. But, perhaps no element of the JPOA has received as much scorn as its last line: “Following successful implementation of the final step of the comprehensive solution for its full duration, the Iranian nuclear programme will be treated in the same manner as that of any non-nuclear weapon state party to the NPT.”

Prime Minister Netanyahu, in his barn-burning speech to a Joint Session of Congress on March 3, named this “sunset provision” as one of the reasons that the comprehensive solution still being negotiated is a “a very bad deal.” He noted that the notional concept of a decade of restrictions on Iran’s nuclear program was “a blink of an eye in the life of a nation... [and] a blink of an eye in the life of our children.” He argued that, taken in combination with insufficient restrictions for that 10 year period, the deal under consideration would “pave Iran’s path to the bomb.” Instead, he argued the United States should insist the restrictions remain in place until Iran has stopped “its aggression against its neighbors in the Middle East”; stopped “supporting terrorism around the world;” and stopped “threatening to annihilate my country, Israel.”

Netanyahu’s speech builds on a long line of commentary that has decried the theory of a sunset provision as dangerous and naive. Some have even argued that the idea of a “sunset provision” is reason enough to end talks and redouble U.S. sanctions efforts until a “zero enrichment” option becomes achievable.

Given the level of criticism, one might think the sunset provision the P5+1 (China, France, Germany, Russia, the United Kingdom, and the United States, coordinated by the European Union) agreed to with Iran was unprecedented. Alas, you'd be mistaken. Indeed, sunset provisions are a common feature of international arms control and even Congressional legislation. In fact, even in the case of Iran's nuclear program, the idea of establishing a sunset period for restrictions isn’t new, having first emerged as an element of U.S. policy under President Bush in 2006.

For years, Iran has made it clear that any future nuclear restrictions it agrees to will have to be limited and time-bound. Although the issue of a sunset provision has become a cause celebre, the real issue is that there is considerable misunderstanding of what a realistic deal would require the international community to accept and how a sunset provision could be structured.

Commentators skewering the administration over this provision know full well that “sunset clauses” are quite common in international diplomacy and even in sensible Congressional legislation. This is not surprising because it is difficult to conceive of a voluntary arrangement reached in which one country gives up, in perpetuity, its ability to engage in an activity. Thus, sunset clauses have been a common trait of U.S diplomacy especially arms control agreements.

For example, the Treaty between the United States and Russian Federation on Strategic Offensive Reductions of 2002 (also known as the Moscow Treaty) contained an explicit, 10 year sunset provision in Article IV, permitting continued extensions but not requiring them. The Strategic Arms Reduction Treaty (START) and its successor, New START, contained similar provisions. The first START was set to expire after 15 years (and, in fact, did) and New START is expected to expire in 2020, unless it is extended. Both treaties also contain withdrawal provisions.

Even the NPT itself is not as cast iron as some may believe: the original treaty was set to expire after 25 years and was only extended indefinitely in 1995, after much debate on its effectiveness, fairness, and overall role. Each of these treaties also contained withdrawal clauses of varying time lengths, permitting the participants to exercise a national sovereign right to escape from their commitments as they may deem necessary (though, in the case of the NPT, parties are required to notify the UN Security Council of their withdrawals in recognition of the significance of such a step). It’s worth nothing that all four of these treaties -- three of which involve nuclear weapons pointing at the United States -- have been ratified by the U.S. Congress.

Other critics have argued that Iran is getting a better deal than even some U.S. partners. This argument goes that Iran, by virtue of its longstanding violations of its international obligation, ought to be held to a higher standard than, for example, the United Arab Emirates, which agreed to refrain from enrichment in concluding its Agreement for Cooperation in the Peaceful Uses of Nuclear Energy (123 Agreement) with the United States in 2009. But, here too, the UAE’s commitment was limited to 30 years, at which point the UAE would be permitted to engage in any nuclear activity that it desires, regardless of its present obligations, if it chose to walk away from the 123 Agreement with the United States.  Further, the UAE requested -- and received -- confirmation that its obligations under the 123 Agreement, including this voluntary commitment, could be reviewed at its request at any time and that the Agreement itself could be terminated. There would be costs, certainly, to the U.S.-UAE relationship and material costs because the United States would retain rights to reclaim nuclear material and technology transferred under the 123 Agreement. However, the UAE’s agreement was to refrain from enrichment for a period of time, not forever.

Congress, too, has seen fit to impose sunsets on a variety of U.S. laws, including those dealing with U.S. national security. The PATRIOT Act, for example, has a variety of provisions that were extended in 2011 but expire in 2015 unless further action is taken by Congress. One of the sharpest critics of a sunset provision in the Iran deal—the Washington Post Editorial Board— featured an article in 2012 that extolled the virtues of sunset provisions and lamented Congressional efforts to “hit the snooze button” to extend laws that might otherwise be appropriate to retire. Even in the case of Iran, sunset provisions have been used in legislation: the Iran Sanctions Act, for example, was supposed to expire multiple times since its first passage in 1996 as the Iran-Libya Sanctions Act. It is currently set to expire in December 2016.

The Case of Iran

As noted above, the heretical idea of an Iran nuclear sunset did not start with the Obama administration in 2013. The United States has long understood that a nuclear deal Iran agrees to would only place temporary restriction on its nuclear program. Indeed, the JPOA’s very language is drawn from the Bush-era P5+1 package of May 2008, which stated: “China, France, Germany, Russia, the United Kingdom, the United States and the European Union High Representative state their readiness: ...to treat Iran’s nuclear programme in the same manner as that of any Non-nuclear Weapon State Party to the NPT once international confidence in the exclusively peaceful nature of Iran’s nuclear programme is restored.”

The first P5+1 offer to Iran in June 2006 contained similar language, referring to a future review of the “moratorium” Iran was to undertake with its enrichment and reprocessing activities. The P5+1 said: “The long-term agreement would, with regard to common efforts to build international confidence, include a clause for review of the agreement in all its aspects, to follow: [1] confirmation by the IAEA that all outstanding issues and concerns reported by the IAEA, including those activities which could have a military nuclear dimension, have been resolved; and [2] confirmation that there are no undeclared nuclear activities or materials in Iran and that international confidence in the exclusively peaceful nature of Iran's civil nuclear programme has been restored.” This was further reflected in UNSCR 1737, which mandated a suspension of Iran’s enrichment, reprocessing, and heavy water-related activities, but also noted that upon Iran’s compliance with its UNSC obligations and resolution of all concerns with Iran’s nuclear program, the sanctions on Iran’s nuclear program would be terminated.

How would a sunset provision work

Having established that sunset provisions are common enough in international diplomacy and that the United States bought into the concept of one to cover the Iranian nuclear program as early as 2006, the real issue becomes whether the sunset concept being negotiated now is adequate protection against a future Iranian move to acquire nuclear weapons.

It is possible to discern a few of the administration’s concepts for the sunset of a nuclear deal with Iran from public comments, thereby respecting the sanctity of the negotiating room.

1.It would only come after a long period of nuclear restrictions and intrusive inspections. These restrictions would hold Iran at least a year away from being able to produce enough weapons-grade nuclear material for one bomb and the inspections would ensure that the United States, or its partners, could use that entire length of time to respond to a breakout attempt.

2. Iran would agree to fully implement its IAEA Safeguards Agreement and the Additional Protocol, which in combination provide inspectors with access to all declared nuclear facilities as well as any suspected undeclared facilities.  Iran would have the obligation to cooperate with the IAEA in this way in perpetuity, meaning that even after the sunset period expires there will be far more intrusive inspections of Iran’s nuclear program than there were before the JPOA was signed. This is a crucial issue and one many of the critics of a nuclear deal with Iran seem confused about. For example, a recent op-ed in the Washington Post claimed that after the sunset period is over, there will “no legal limits on Iran's nuclear ambitions.” This is factually inaccurate.