The Fed Should Go Back to the Nineties 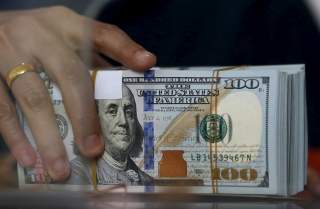 During the Roaring ‘90s, “The Maestro” Alan Greenspan was at the helm of the Federal Reserve overseeing one of the most remarkable periods of growth in U.S. history. The internet was booming, and beginning to show its true potential, and demand from the emerging world was beginning to roar as globalization took hold.

Commonly overlooked is the monetary policy regime that took place during the 1990s. Everyone remembers the tech boom (and subsequent bust). But few remember the Federal Reserve pausing its rate hike cycle in 1995 (2000 was actually the peak in the fed funds rate for that cycle). From that peak rate in 1995, monetary policy in the U.S. was a mix of hikes, pauses, and reductions.

There is no sense in running monetary policy solely for the sake of tightening. That accomplishes little in terms of accomplishing the Fed’s quest of maximum employment and stable prices.

There have been numerous suggestions that the Fed’s current monetary policy regime is closer to the 2016 pause in the rate hike cycle the then Fed Chair Janet Yellen engineered. But the 2016 pause is not be the best historical example to call upon, it is simply the most recent. The circumstances surrounding the 2016 experience were far different. With interest rates only one hike off the bottom, there were few options available other than a pause. Returning to QE was a non-starter, and the balance sheet reduction had yet to begin. The only option was to suspend increases in the fed funds rate.

Who knows, maybe the current environment does not turn out to look like either the 2016 episode or the 1995 adventure. But the emergence of steady praise and look backs at the 2016 pause should cause a bit of a cringe. Not because of the pause—the economy of 2016 certainly warranted it. Instead, the cringe is due to the lack of imagination from commentators and policy makers. It is recency bias in its most obvious form.

Admittedly, the Fed has rarely done a successful pause or orchestrated a soft landing during a tightening cycle. And this is precisely why the 1990s monetary policy example of pause, reduce, and extend comes in useful when thinking about current potential policy shifts. If the Fed does intend to attempt to orchestrate a soft landing, it needs to be flexible in its decisionmaking process.

The suggestion that 1990s style monetary policy might be in the stars may seem outlandish. However, it seems the Fed may be coming to this conclusion on its own. This is evidenced by prominent members of the Fed suggesting that the next move for rates could be “up or down.” Former Chair Janet Yellen stated that the Fed may have hiked for the final time during this cycle.

The 1990s offer insight into the current environment. Of note, the Fed was not forced to cut rates too aggressively in reaction to softening data. For today, this means that there does not necessarily need to be much loosening of policy to send the signal of prudent and data dependent monetary policy.

In the 1990s, the yield curve and longer-term interest rates reacted to the policy shifts with a re-steepening of the two-to-ten yield curve as longer-term rates increased modestly. Again, few extrapolations can be carried two decades forward. Namely, a pause should marginally increase long rates as growth and inflation expectations recover. This steepens the yield curve, avoiding the dreaded yield curve inversion.

Simply, there are numerous options for the Fed at this point. While the Fed is highly unlikely to cut interest rates outright, pausing both rate hikes and the balance sheet runoff would feel like a cut in policy rates. Regardless, the Fed does seem to be coming around to a 1990s style of highly flexible monetary policy, and this might catch observers off-guard.