The Federal Reserve Has Gone on Autopilot. That Could Be a Bad Idea. 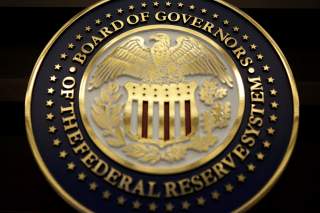 Turkey and politics have gripped the headlines recently. This has led to a delightful reprieve from the constant onslaught of Federal Reserve policy speculation not long ago. But the Fed still matters, and its recent shift into the background may exacerbate the effects of ongoing policy.

Why? Because when few were looking, the Fed went on autopilot, guiding policy towards slow, steady rate hikes until it hits the ephemeral “neutral” or “natural” rate of interest. When it gets to neutral, it will mark the end of ten years of stimulative monetary policy. The Fed is so confident in its policy path it has gone so far as to say it is no longer necessary or useful to provide guidance on future policy maneuvers.

It is hard to blame the Fed for taking this stance. For the moment, the data unequivocally supports the Fed's policy outlook. Core consumer inflation is currently running at 2.4 percent and nominal GDP accelerated to a 5.4 percent year-over-year clip in the second quarter. There appears to be nothing in the Fed's path to higher rates. Flipping on autopilot seems to be a reasonable response to clear hiking path with few obstacles.

The Fed may try to be on autopilot, but it is never quite that simple. It has a significant amount of uncertainty to confront. From trade deals to tariffs, there are numerous ways that things could go very right or very wrong. Uncertainty, especially with the reduced amount of traditional firepower the Fed currently has at its disposal, should give Washington pause in setting policy on autopilot.

When confronted by geopolitical uncertainty surrounding China, the Fed under former Chair Janet Yellen backed away from its hiking plans to avoid committing a costly policy error. Ben Bernanke pushed back the beginning of tapering quantitative easing due to the market reaction to the initial announcement. The Fed under Jerome Powell does not appear to be of the same mindset, at least yet.

Not wholly unrelated to the potential for trade and tariffs to disrupt policy, a slowdown in U.S. growth could be one thing that catches the Fed's attention. It should not take a recession for the Washington to take notice. Following an acceleration in economic activity over the past year and a half, there is a deceleration coming. If the ISM New Orders Index lives up to its reputation as a leading indicator, a strong dollar and trade uncertainty will weigh on the United States sooner rather than later. This does not mean a recession is imminent, but a deceleration should be enough to raise some eyebrows at the Fed.

A slowing but still growing economy typically weighs on longer-term yields, and this would accentuate the effects of Fed policy on the shape of the yield curve. After all, there is unlikely to be much, if any, difference between the yield on the U.S. two-year and ten-year following the Fed’s next rate hike. Could an inverting yield curve before the end of 2018 the Fed’s attention? Possibly. But the Fed’s narrative this thus far on the yield curve has been rather dismissive.

The sense of calm surrounding the Fed’s current path should be disconcerting. Policy errors happen when confidence is highest. Regardless of whether the Fed stops being on autopilot, it is a worthwhile to understand how Fed policy could change nearly instantaneously. Autopilot is tempting and easy, but it does not always work. And when it doesn't work, it can go spectacularly wrong.

The seal for the Board of Governors of the Federal Reserve System is displayed in Washington, U.S., June 14, 2017. REUTERS/Joshua Roberts