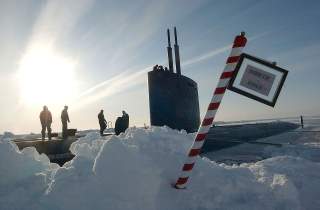 Finland will assume the chairmanship next month of the eight-member Arctic Council at a time of heightened geopolitical tension. The council, which includes the United States, four other NATO members, Finland, Sweden and Russia, has so far succeeded in advancing cooperative environmental and scientific steps in the region, leading some people to regard the Arctic as one of the few areas for continued cooperation with Russia. But that cooperation may be affected by tensions between the United States and Russia over Syria and Ukraine, the continuing Western economic sanctions on Russia, and the lack of transparency of Russia’s military maneuvers in the Arctic at a time when climate changes require an international response. What can we expect from the Finnish chairmanship and can Arctic “exceptionalism” continue?

Over the past few years, the Arctic Council, which works on a consensus basis, has made significant gains toward shaping policy in critical areas. Convened by the United States last October, an Arctic Science Ministerial meeting developed a collaborative agenda for future scientific cooperation. The Council fostered successful negotiations on binding agreements among its members on search and rescue and handling of oil spills. The Coast Guard Forum remains a venue for discourse, which is critical given the dangers of a maritime disaster in the frigid waters of the Arctic. Also, a new International Maritime Organization Polar Code established safety requirements for shipping in the Arctic Ocean.

The risk of spillover from broader geopolitical tensions, however, is real. U.S. sanctions now prevent U.S. firms from working with Russian energy companies in exploration and exploitation of Russian Arctic energy resources. Russia is upping its military standing in the north by adding new weaponry and personnel, reopening some old Soviet military installations, conducting surprise exercises and resuming long range bomber sorties off the Alaskan coast. Russia argues that these defensive measures are necessary to protect its major economic and military assets in the north in light of increased human activity in the area. Militaries in other Arctic Council states are watching these developments with concern, but not alarm, and several observers have advocated for the resumption of direct military-to-military consultations to prevent accidents and misunderstandings.

What can we expect from the Finnish chairmanship and can Arctic “exceptionalism” continue amidst rising geopolitical tensions? Finland has adopted the slogan “Exploring Common Solutions.” The government’s four priorities are environmental protection, meteorological cooperation, connectivity and education. This advances the two-core principles of the Arctic Council—to protect the Arctic environment and to support the UN sustainable development goals. This also advances two of Finland’s goals—to enhance economic growth through assuming a key role in executing broad-based international commercial projects, and propelling the signatories of the Paris Climate Agreement into limiting the impact of black carbon on the Arctic. The plan is to work across council expert working groups in a more holistic approach, using cross-disciplinary knowledge to tackle the major challenges facing the Arctic.

Finnish views of Russia vary from the United States and are based on three important factors. The first factor is history. Finns recall two military conflicts with the Soviet Union during the World War II, which led to lost territory and five decades of active neutrality to remain sovereign from Moscow. Today, Finland shares an 830-mile land border with Russia and carefully manages a mutually beneficial relationship with the country while maintaining an EU membership.

The second factor is economics. Finland has enhanced its financial well-being and technological development, including trade with Russia. Russia is Finland’s third largest trading partner after Germany and Sweden, even after the 2014 EU sanctions and subsequent Russian economic stagnation lessened trade flows. Russia supplies almost 60 percent of Finland’s imported energy, although imports are only 20 percent of the country’s total consumption and can be substituted.

The third factor is geography. As a Nordic country bordered by the Barents Sea, Finland and Russia also participate in a network of multinational organizations at the state and substate level. These organizations bring together government and nongovernment officials, business groups, researchers and communities on a regular basis to strengthen development of relations, and to implement concrete projects that enhance the livelihoods and environment of the Arctic.

The final factor is pragmatism. While maintaining a relationship with Russia based on historical, economic and geographical realities, Finland has consistently supported common EU policies on Russia, such as sanctions, as well as NATO activities in the Baltic Sea region. More recently, after the Russian military stationed an Arctic Special Forces unit thirty miles from its border and conducted Russian naval and air maneuvers over Nordic countries, Finland and Sweden began working with the United States and European states to enhance military capabilities.

Finland has historically been a strong advocate for strengthening cooperation in the Arctic. It was Finnish leadership that proposed an environmental-protection strategy during the late Cold War in response to Mikhail Gorbachev’s 1987 Murmansk speech, in which he argued for increased openness in the north. More recently, at a Russian-hosted Arctic forum last month, Finnish president Sauli Niinistö proposed convening a summit of the heads of state in Helsinki to discuss ways to find common ground on a wide range of issues pertaining to the region and beyond, which Russian president Vladimir Putin welcomed.

Finland’s good relations with Russia and its desire to foster constructive Arctic relations, while watching carefully and responding appropriately to Russian military steps in the Arctic, indicate that the transition to the Finnish chairmanship should be smooth and consistent with U.S. Arctic policy. Arctic cooperation is exceptional in these times, and it is essential to ensure broader tensions do not play out in the Arctic.