Five Challenges for the European Union 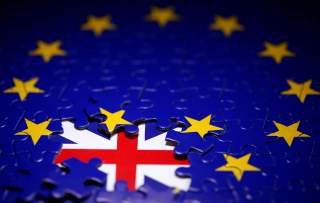 The European Union finds itself in the most perilous quandary sine the immediate post–World War II period. The risk is a split between the Central European and Eastern European member states and the majority of the others over a diverging interest. The changing U.S. world outlook, in particular, its European policy, may play a decisive role. To weather the storm five major challenges, calling for determined leadership, clear visions and statecraft must be overcome.

The first one is to negotiate the future relationship between Britain and the EU. The EU will reject a deal with a neighboring country using low taxes, low labor standards, lavish state aids and subsidies and a “soft” regulatory framework for the environment, safety, etc., to enhance its competitive position. In reality, access to the single market with seven of its ten top export markets requires Britain to shadow EU rules without participating in decisionmaking. That will be hard to swallow as the obvious question is “why did we leave if we have to apply the EU ruleset anyway?”

Britain says prices on its products sold in the EU will go up and barriers may arise for its financial sector, which accounts for 10 percent of its total export to the EU. Concluding free trade agreements with other countries will be more difficult as they may ask for less stringent rules than applied by the EU, forcing Britain to choose between the EU rule set and what third countries demand. That is likely to happen for agriculture and food in a free trade agreement with the United States. The EU will not allow American agriculture and foods with lower standards to enter its market via Britain.

Inside Britain, devolution means that a trade deal with the EU might have to be approved by the British parliament and by the Scottish parliament. The door opens for exacting concessions about more powers to be transferred from Westminster to Edinburgh or even a second referendum about seceding from Great Britain. The border between Northern Ireland and the Republic of Ireland will take up time and attention. For the first time ever, nationalists got more votes than the unionists (pro-Britain) raising the prospect of Northern Ireland following the Scottish example.

The second one is the plan for a European green deal. The basic idea is to achieve carbon neutrality by 2050 and not to emit more greenhouse gasses than is absorbed for all twenty-seven member states. The EU is already on its way as greenhouse gas emissions in 2018 were 23 percent lower than the 1990 level closing in on the interim target of halving emissions by 2030. Several of the Central European and Eastern European countries that depend on coal for energy supply will struggle to meet this target.

Getting there will be expensive. An additional investment of Euro 260 billion equal to 1.5 percent of EU Gross Domestic Product (GDP) is necessary to meet the interim 2030 target and much more looking to 2050. It is envisaged to mobilize the private sector through a forthcoming Green Financing Strategy.

There may be a repercussion on trade issues as the EU has let it be known that its energy-intensive industries might be protected against imports from other countries with less stringent emission rules by a border tax.

These ambitions do not, however, stop with a green deal. Some years ago, the EU launched a program about a circular economy, which in its first phase introduces strong incentives to recycle waste aiming at getting to a point where the EU will be able to recycle all waste or close to all waste.

The EU’s annual budget follows seven years of multiannual financial frameworks. The next one covers 2021-2027. Its negotiating and approval constitutes the third challenge.

Currently, the budget amounts to about 1 percent of EU GDP. For the next MFF, the European Commission asks for an increase to 1.114 percent while the European Parliament proposes 1,3 percent. These two institutions take part in the decision process about the MFF and the annual budget, but ultimately the member states decide.

EU has cut expenditure on traditional policies with agriculture as the prime example. Its share will be reduced to 30 percent compared to 37 percent for 2019 and 70 percent in 1985. Despite economies, however, the new programs about competitiveness, economic, social and territorial cohesion and the carbon-neutral program can hardly be squeezed in without an increase of the total budget.

The fourth one is to turn the embryonic Common Foreign and Security Policy (CFSP) into a genuine common policy.

President Donald Trump has been busy demanding renegotiations of trade deals or launching trade wars. So far, the EU has escaped his wrath but for how long? With Boris Johnson, regarded as a political twin as prime minister of Britain and the lull in the trade war with China, there are considerable risks that Trump will shift his attention to the EU. He thrives by crisis and few things are more popular in America than blaming other countries for economic difficulties. The different attitudes towards climate change may raise a fire on trade especially if the EU implements a border tax against the United States, pointing to its less stringent environmental regulation.

EU member states are trying to confront the problem of how to react inside the framework of the Common Foreign Trade Policy. The United States will undoubtedly try to play member states against one another by introducing tariffs against sensitive sectors in some member states and keeping others out of the foresight. Those escaping tariffs will be told that the price is to stop the EU from retaliating.

The Central European and Eastern European countries may be targeted. The majority see the United States and not the EU as guaranteeing their security vis-à-vis Russia, who they fear still harbor dreams of reestablishing a degree of influence if not control over this part of Europe. They are not prepared to run the risk of antagonizing the United States.

After Russia annexed Crimea March 2014, the EU adopted sanctions and maintains a common attitude towards Russia but not without costs for some member states being traditional exporters to Russia.

Experience shows that over time sanctions suffer from fatigue and there are signs that some member states feel the time has come to loosen up and test whether some kind of ‘living together’ with Russia is possible.

If such efforts are launched, and they probably will in the not so distant future, then solidarity will be tested. This was visible when the gas pipeline Nord Stream 2 under the Baltic Sea was negotiated. Its purpose is to transport natural gas from Russia into Europe and in particular Germany by circumventing the land routes via Central- and Eastern Europe including Ukraine. Central European and Eastern European countries fear that Russia might use the new pipeline to cut them off from traditional supplies.

Over the last five to ten years a seminal change has been visible in the U.S. stance towards China. From seeing its involvement in economic globalization as almost exclusively positive, there is now an emerging consensus that China is a competitor and a potential threat that gained access to U.S high tech on the cheap–a threat that must be stopped. European leaders now voice similar concerns. Only a few days ago a plan surfaced to look into state-owned companies’ (read Chinese ones) investment in the EU, investigating whether they enjoy state aids.

A number of member states, primarily in Central Europe and Eastern Europe, have attracted large investments from China, which has helped stimulate economic growth. They may resist measures, which China will perceive as questioning the future relationship.

The fifth challenge is to strengthen the Eurozone, a common defense, protect the external border and ensure that all member states adhere to the principles underpinning the integration.

The Eurozone is for the time being doing quite well and a considerable strengthening has taken place since the outbreak of the global financial crisis 2008–09. It is, however, clear that it has still not found a shape where it is beyond doubt that it can further economic growth and withstand a new financial crisis should it come.

Europe still depends on the United States for its defense as most nations only spend between 1 and 1.5 percent of GDP on defense. What’s more is that despite strenuous efforts over many years, no European structure has been built to frame a common defense.