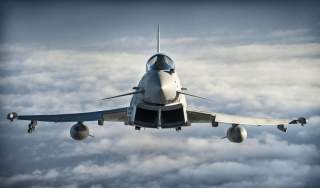 When it comes to a potential war between NATO and Russia over the Ukraine or some other hotspot, everyone's attention is focused on the capabilities of U.S. versus Russian weapons.

(What You May Like: Five Best Weapons From The Soviet Union)

(You May Also Like: Five Chinese Weapons of War America Should Fear)

(You May Also Like: Five Deadliest Guns of Modern Warfare)