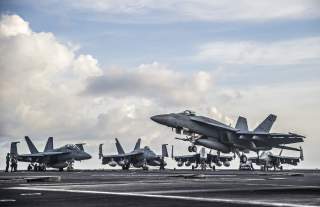 While the Obama administration and Trump administration have reaffirmed that the U.S.-Japan Security Treaty applies to the Senkaku Islands, obliging Washington, DC to help defend them against attack, China’s East China Sea strategy displays the same kind of dualism as in the South China Sea. It’s coercive toward Japan yet stops short of triggering U.S. countermeasures. This tactic was enough to alter the status quo in China’s favor but not enough to trigger escalatory action-reaction cycles with Japan. And it keeps in play Tokyo’s insecurities about America’s commitment to Japan’s defense, granting China leverage over the alliance. In all likelihood this state of affairs will persist so long as Beijing refrains from trying to wrest the islets from Japan—so long, that is, as China keeps its strategy gray.