Focusing on China Will Prepare the U.S. Military for the Future 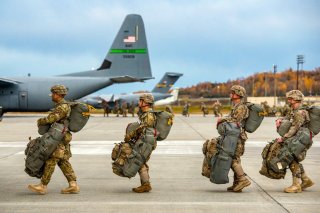 The U.S. military has an elaborate professional education system to prepare its leaders as they take on higher levels of command and increased responsibility. Selected officers attend a staff college midway in their career and a war college as they prepare for the final stage of their time in uniform. The professional education system is a mechanism to assure that each new cadre of leaders has a common skill set and knowledge base, its curriculum reflects what future military leaders must understand. Today, this system needs to be refocused on America’s paramount security challenge: China.

Much of the curriculum in professional military education is based on enduring topics like responsible command, military professionalism, team building in large organizations, civil-military relations, and complex enterprise management. But it also represents what senior military leaders feel their subordinates need to know about the strategic environment. This evolves as the global security system and American strategy change.

During the Cold War, professional military education naturally concentrated on the Soviet Union. The senior schools examined many issues and challenges but understanding the Soviet Union was paramount. While not every graduate of a staff or war college was a bone fide Soviet expert, all had a basic understanding of that adversary’s methods, organizations, capabilities, strengths, and weaknesses. Other missions were, in the military’s phrasing, “lesser included contingencies.” After the Cold War America’s global strategy no longer concentrated on a single challenge so the professional military education system shifted to a more diffuse curriculum. Students could concentrate on one region or potential adversary but, the thinking was, the United States needed to prepare for so many contingencies that the staff and war colleges had to paint with a broad brush.

That once made sense but no longer does. Since the United States faces a clear, paramount security challenge the professional military education system should be refocused. While continuing to educate students on the enduring skills that senior military leaders must have, the staff and war colleges should assure that all of their graduates have an understanding of Chinese tactics, operations, organizations, capabilities, history, strategy, and strategic culture.

The professional military education system certainly should examine the most dangerous scenario—Chinese aggression against Taiwan—but must, like the Chinese challenges itself, be broad and holistic. China is a global power active around the world, developing new strategic methods from security partnerships to global power projection. Thus any U.S. policy designed to deter Chinese aggression against Taiwan or other nearby nations must be global rather than local. It must include things like the effective use of information power in the context of pervasive social media, connectivity, and transparency as well as security in space. The U.S. military’s future leaders must see China both as a regional military power and a multidimensional global power, understanding global integrated deterrence and the role that armed force plays in it.

The way this refocused staff and war college curriculum is taught also matters. In the future security environment effective innovation and rapid adaptation will be vital. If anything, technology and connectivity will make innovation and adaptation even more decisive. To inculcate skill at this the refocused curriculum in professional military education should be as experiential as possible, emphasizing unscripted war games where failure or defeat is a real possibility, simulations stressing organizational entrepreneurship, and rigorous, historically based case studies.

For instance, staff or war college resident students might collaborate with distributed teams in an extended exercise which requires them to rapidly redesign the U.S. military’s global organization after a major strategic shift like, say, Chinese military paramountcy in the Asia-Pacific region. After the redesign, the students would then have to use the organizations that they created or adapted to protect American security in a new strategic environment. They would both build new organizations and concepts and use them. As another example, students might participate in an exercise where the United States has to expand its military and mobilize during a multi-year war. Many other high-stress, complex experiential learning mechanisms focused on China are possible.

Admittedly, refocusing America’s professional education system would be hard. The staff and war colleges have spent decades building a curriculum and faculty for a broad band rather than focused education—for a time when it was impossible to predict where or how the U.S. military was likely to be used. Major change would require a coordinated effort by the staff and war colleges, the Pentagon’s Joint Staff, and Congress. But the payoff could be great. Preparing the U.S. military to fight the Soviet Union during the Cold War helped deter military aggression by Moscow and prepared U.S. forces to later defeat Iraq. Refocusing professional military education on China could do the same, producing a future U.S. military better prepared for likely challenges, more adept at deterring conflict, and succeeding if deterrence fails.