Force Design 2030 Is Trying to Solve the Wrong Problem 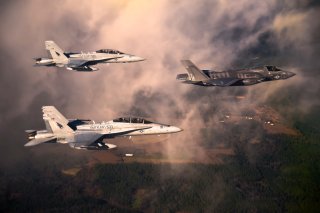 Force Design 2030 and its accompanying operating concepts, Expeditionary Advanced Base Operations (EABO) and A Concept for Stand-In Forces (SIF), together address the operational challenge of how to defeat a peer enemy in a high-intensity conflict fought with advanced precision weapons that preclude maneuver. The entire initiative has come under criticism that it will fail on its own terms to defeat the People’s Republic of China (PRC) in a maritime war in the Pacific. A comprehensive summary of those criticisms can be found in Part I of this series, “Our Concerns with Force Design 2030.” We will make a different argument here. Devising an effective solution to a problem depends on getting the problem right. We argue that Force Design 2030 reflects a short-sighted attempt to solve the wrong operational problem. The problem the Marine Corps ought to be working to solve is how to preserve or restore the ability to maneuver in an age of precision weapons.

A Concept for Stand-In Forces begins with a brief mention of the so-called mature precision strike regime (MPSR):

That mention is significant, and its brevity unfortunate, because the MPSR is the fundamental premise upon which both the SIF concept and Force Design 2030 ultimately rest. While the SIF document discusses the MPSR no farther, it does provide a footnote apologia, the language of which seems intended to pre-empt disagreement by asserting that its position is long-established fact:

The trend toward the increasing range and lethal effect of military technology is a common element of the history of modern warfare. Accompanying the development of range and lethality at every stage has been the advance of the ability to apply that lethality effectively to military ends through the necessary command, control, communications, computer, intelligence, surveillance, and reconnaissance (C4ISR) organizations and technologies. These trends are very long standing.

The technological trend toward ever greater range, precision, and lethality is undeniable, as is the trend toward ever more advanced (and potentially more vulnerable) command and control technology. Whether these trends have crossed some threshold that changes the character of warfare, however, remains an open question. Supporters suggest that these technological changes have radically tipped the balance between offense and defense in favor of the latter such that anything that moves on the battlefield will be detected and anything that is detected will be targeted and destroyed with high probability. Thus, the futility of attempting to break through China’s counter-intervention system and the requirement therefore to position stand-in missile forces inside that system before the onset of hostilities to attack it from the inside out.

It is an assertion worthy of open and candid discussion. But that is not our purpose here. We are happy to acknowledge that the trend presents a potential operational challenge that we ought to address, even if it has not crossed (or ever will) the threshold that tips warfare decisively in favor of the defense.

We acknowledge that there is a certain Maneuverist impulse in attempting to subvert the logic of the Chinese counter-intervention system by choosing not to attack into the teeth of it but rather by starting the conflict already inside. But an impulse is not the same as an actionable operational concept, and this impulse creates several practical challenges in execution, from policy to tactics. At the policy level, Force Design 2030 focuses the Marine Corps narrowly on a maritime conflict in the Pacific with the PRC at the expense of the ability to perform other missions in other theaters. There is a steep opportunity cost to be paid. If the Marine Corps is committed indefinitely as stand-in forces in anticipation of a conflict with China, who will fulfill the force-in-readiness mission traditionally performed by Marine Air-Ground Task Forces? Moreover, Force Design 2030 rests on the questionable assumption that all potential host nations will agree to the positioning of U.S. stand-in forces on their territory indefinitely despite the intense economic and other pressures the PRC will put on them.

Strategically, Force Design 2030 exists within the context of a faulty Island Chain Defense concept that seeks to prevent the Chinese navy from breaking out into the East and South China Seas in the event of war. That strategy is already in the process of being quickly undercut by ongoing Chinese efforts to assure access throughout the Pacific. As an example, the PRC’s recent security pact with the Solomons reportedly authorizes the former to intervene unilaterally in the event of internal instability in the latter. Can anyone doubt that this will become a pretext for the basing of Chinese forces outside the island chains and on Australia’s northern flank? Operationally, Force Design 2030 rests on a concept that sees future warfare as an attritional duel between competing kill webs of advanced technologies—a view that is inconsistent with the Marine Corps understanding of war as described in MCDP 1, Warfighting. Perhaps the single most glaring weakness of the concept is tactical: Force Design 2030 provides no adequate protection, sustainment, or support for the widely distributed stand-in forces once they are inserted into place. Lacking a self-contained combined arms capability, and unable to be reinforced quickly, they risk being defeated piecemeal.

Putting all that aside, however, if we accept the SIF premise as correct, the situation is akin to the beginning of the First World War in Western Europe, where, it is commonly understood, technological advancements tipped the balance between offense and defense decisively in favor of the latter. Improvements in artillery, the operationalization of the machine gun, and the introduction of barbed wire and the landline telephone had combined to decisively favor a stationary force over a moving force. The result was a stalemate that lasted over three years and resulted in 9.7 million combat deaths before the Armistice in 1918.

The response that eventually restored the balance between offense and defense was not itself primarily technological but tactical. To be sure, technological advances, such as poison gas and the tank, were employed to restore movement to the battlefield, but they had very limited operational effect. Innovation of course should take advantage of the opportunities afforded by technology. But in the end, innovation happens as quickly as people can conceive, operationalize, and disseminate new and effective ideas. (That it took three years to devise a solution to the stalemate of the Western Front testifies to the difficulty of the challenge and probably also has something to say about the natural pace of human adaptation.) Moreover, we should keep in mind that every innovation in warfare, technological or otherwise, engenders countermeasures that reduce its effectiveness. Historically, few anticipated breakthroughs have had nearly the dramatic effect predicted for them.

The example of the Western Front is instructive. The stalemate there was not a general condition but a particular one. Technological advances certainly played a role, but it was the high density of troops and weapons in a constricted battlespace that more than anything else limited maneuver. In other theaters of the conflict, eastern Europe and Africa as examples, the balance between offense and defense persisted and maneuver remained viable. In Africa in particular, the Allied Powers, with overwhelming numerical superiority, and attacking from multiple directions, never succeeded in fixing in the place the colonial German forces, which maintained their freedom of maneuver and striking power throughout the duration of the war. The conditions in the West should therefore be considered a special case resulting from a specific combination of conditions rather than a general and inevitable result of technological trends alone. Even if the MPSR proves to be dominant under some conditions, it will not dominate universally.

There were two very different responses to the situation on the Western Front. The French response was to accept the situation as unalterable and enduring and to proceed accordingly. After the war, the French built the Maginot Line and developed a positional firepower-based doctrine called bataille conduit (normally translated as “methodical battle”) based on their belief in the unconditional superiority of the defense. The definitive treatment is Robert A. Doughty’s The Seeds of Disaster: The Development of French Army Doctrine, 1919-39.

In contrast, as described in Bruce I. Gudmundsson’s Stormtroop Tactics: Innovation in the German Army, 1914-1918, the German response was not to accept the situation as the French did but to develop a remedy to it. Starting almost immediately, the Germans worked to develop an operational approach designed to restore maneuver to the battlefield. That approach was infiltration tactics, unveiled in the Spring Offensive of 1918. The new concept showed potential, but we will never know if it could have changed the outcome of the war had it been employed sooner. However, the marriage of those tactics to the radio and internal combustion engine in the form of the tank, truck, and airplane—and the subordination of both to the traditional German concept of Auftragstaktik—to create Blitzkrieg proved decisive against methodical battle in 1940.