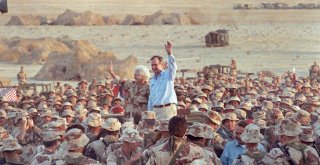 President George H. W. Bush went to his reward Friday night after a life well lived. Let's canvass historians and philosophers of old to see what they might take from reviewing his legacy as a man and a statesman.