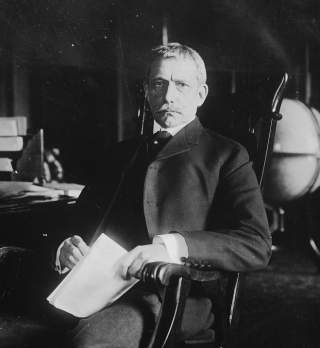 In three years, Foreign Affairs will celebrate a century in print. Created by the Council on Foreign Relations in 1922, the publication has since its inception acted as one of the most influential magazines in American policy-making. In 1947, it published the “X Article,” written by George F. Kennan which advocated a policy of containment towards the Soviet Union and served as the basis of U.S. foreign policy for the next forty-five years. In 1996, Strobe Talbott, Deputy Secretary of State and one of the architects of post-Soviet Russian-American relations, said, “Virtually everyone I know in the foreign policy-national security area of the Government is attentive to [Foreign Affairs].”

Foreign Affairs “has always been at its most useful and influential during times of transition,” said former editor James F. Hoge, Jr. to the New York Times in 1998. As America’s demographics increasingly change and the culture wars heat up, the magazine seems to be trying to capitalize on these fundamental political shifts.

Last fall the magazine published an essay by Francis Fukuyama (whose world-famous essay “The End of History?” was published by TNI) which criticized the Balkanization created by identity politics, especially on the right, and called for the Democratic party to address the economic issues that have galvanized Trump voters. In its latest issue, Foreign Affairs is publishing a three-part response to Fukuyama defending identity politics in the United States. Fukuyama replies to his critics that America requires a national identity and that “it needs to be based on liberal political ideas that are accessible to people of different cultural backgrounds rather than on fixed characteristics such as race, ethnicity, or religion.”

The most eyebrow-raising essay comes from former Minority Leader of the Georgia State House Stacey Y. Abrams, who was the Democratic nominee for governor of Georgia last year. Abrams, the first black woman to be the gubernatorial candidate of a major party, lost a narrow election in a campaign focusing on outreach to minority voters and advocating such positions as removing the carve-out of Confederate generals on Stone Mountain. She is set to give the Democratic response to President Donald Trump’s State of the Union.

Abrams delivers what are rapidly becoming standard-issue Democratic party talking points. According to her, “minorities and the marginalized have little choice but to fight against the particular methods of discrimination employed against them. The marginalized did not create identity politics: their identities have been forced on them by dominant groups, and politics is the most effective method of revolt.” Under this theory, politics becomes a power competition between competing identities, including races, genders, and sexualities. “When the groups most affected by these issues insist on acknowledgment of their intrinsic difference, it should not be viewed as divisive. Embracing the distinct histories and identities of groups in a democracy enhances the complexity and capacity of the whole.” Increasing societal divisions should not be viewed as divisive is a peculiar line of thinking. Abrams concludes, “Instead, Americans must thoughtfully pursue an expanded, identity-conscious politics. New, vibrant, noisy voices represent the strongest tool to manage the growing pains of multicultural coexistence. By embracing identity and its prickly, uncomfortable contours, Americans will become more likely to grow as one.”

My, my, my. There is no little irony in Foreign Affairs becoming a forum for the side of “oppressed” minorities, the marginalized segments of society, and the quest for full equality. That’s because the magazine, much like the original Council on Foreign Relations, a redoubt of the once-proud WASP establishment, is itself the prototypical example of an elitist magazine. On its own website, encouraging ad buys, it brags that “[m]ore than any other publication, Foreign Affairs gives advertisers a privileged position in the consciousness of the Influential Elite.”

The magazine goes on to describe exactly the kind of readership that it caters to. A person regularly reading Foreign Affairs has an average household income of $202,000, with a total net worth of over $1.2 million. At a time when American households have a median savings of less than $12,000, a reader of Foreign Affairs has an average investment portfolio of over $400,000. Nearly a third of readers, 29 percent, sit on at least one board of directors. Poor Richard’s Almanack it is not.

Far from being a voice for the underclass, Foreign Affairs epitomizes what the identity politics movement fights hardest against: privilege. Perhaps this old vessel of upper-class thought sees choppy waters ahead for anyone who doesn’t join the diversity wave.