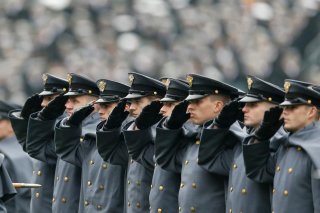 THE FEAR that a country’s foreign policy can warp its internal social order is a perennial anxiety, in the United States and elsewhere. Usually, it takes the form of the claim that warfare or imperialism will trigger the militarization and regimentation of society at home, transforming the homeland into what the political scientist Harold Lasswell, in an influential 1941 article, called “The Garrison State.”

The perception that domestic social order can be shaped by a country’s interactions with the rest of the world is correct and profoundly important. Curiously, however, this subject has been neglected in traditional Western political philosophy. Typically, Western political philosophers have promoted an ideal political regime, usually a slightly idealized version of their own—the polis for Aristotle, the bureaucratic monarchy for Hegel, liberal democracy for John Rawls. Questions of war, diplomacy, and trade have been afterthoughts.

But there is a minority tradition, exemplified by thinkers like Machiavelli, with his distinction between republics for expansion and preservations, and the German historian Otto von Hintze, that emphasizes the interaction between world politics and internal political structures. This approach is found as well in Alexander Hamilton’s argument from Realpolitik for the need for union among the American states which had separated from Britain. In Federalist Number 8, in the course of arguing that rival post-colonial confederacies in North America would become militarized because of mutual fear, Hamilton explains the different internal constitutions of liberal Britain and autocratic continental powers in terms of their respective geopolitical environments:

The kingdom of Great Britain falls within the first description. An insular situation, and a powerful marine, guarding it in a great measure against the possibility of foreign invasion, supersede the necessity of a numerous army within the kingdom. … This peculiar felicity of situation has, in a great degree, contributed to preserve the liberty which that country to this day enjoys, in spite of the prevalent venality and corruption. If, on the contrary, Britain had been situated on the continent, and had been compelled, as she would have been, by that situation, to make her military establishments at home coextensive with those of the other great powers of Europe, she, like them, would in all probability be, at this day, a victim to the absolute power of a single man.

For generations, Americans opposed to foreign wars have warned that they might result in the conversion of American society into a garrison state. But there are other ways in which foreign policy can undermine the economic, political, and social foundations of a democratic republic like the United States, to the point at which it becomes a different kind of regime. There are two other categories of American nightmares that can be discerned in addition to the garrison state. One is what I call the tributary state; the other, the castle society.

The garrison state is a regime that sacrifices domestic liberty to preserve national independence. The tributary state pursues the opposite strategy; it sacrifices national independence to preserve domestic liberty. In contrast to both of these, the castle society does not choose between national independence and domestic liberty; it fails to achieve either. Indeed, state institutions are so weak or corrupt in a castle society that describing it as a “society” rather than a modern, institutionalized, bureaucratic state is appropriate. Government institutions are too feeble to protect individuals even from rampant crime or terrorism on the country’s own soil, forcing individuals and associations who can afford to do so to withdraw into their own secured enclaves or to hire private security forces. In such a quasi-anarchic society, like that of the Wild West or Al Capone’s Chicago in the United States, there may be no formal restrictions on individual liberty, but in the absence of effective policing and non-corrupt judiciaries, personal and commercial freedom are hardly possible. The category of the castle society includes many countries that are colloquially described as “failed states.”

The four regimes—the democratic republic, the garrison state, the tributary state, and the castle society—can be envisioned with the help of a diagram, with one axis standing for national independence and the other axis standing for civil liberty:

IN THE twentieth century, opponents of U.S. intervention in great power struggles in Europe and Asia frequently argued that U.S. participation would inevitably turn America into a garrison state. In response, proponents of U.S. intervention in the world wars and of U.S. participation in international alliances flipped this argument on its head, claiming that failure to intervene to prevent the German conquest of Europe would force the United States to defend itself by becoming permanently militarized and mobilized.

Following World War I, President Woodrow Wilson argued that the United States must take part in the League of Nations, an international collective security system, in order to create a concert of power that could avert future great power conflicts. The alternative would be an endless cycle of world wars, in which the United States, whether it took part or remained on the sidelines, would have to be permanently armed and mobilized. In that case, Wilson told an audience in St. Louis in 1919:

We must be physically ready for anything to come. We must have a great standing army. We must see to it that every man in America is trained to arms. We must see to it that there are munitions and guns enough for an army that means a mobilized nation … And you know what the effect of military government is upon social questions. You know how impossible it is to effect social reform if everybody must be under orders from the government. You know how impossible it is, in short, to have a free nation if it is a military nation and under military orders.

The Roosevelt administration and its allies made a similar argument that the defeat of Nazi Germany and its allies in the short term would avert the necessity of permanently converting the United States into a “Fortress America” besieged in the Western Hemisphere by German and Japanese empires. Douglas Miller, a U.S. diplomat, warned that in a world dominated by the Axis empires: “We should have to be a whole nation of ‘Minutemen,’ ready to rush to arms at the first sight of invasion.” Lewis L. Douglas, Roosevelt’s former budget director, argued: “To retreat to the cyclone cellar here means, ultimately, to establish a totalitarian state at home.”

The same theme informs NSC-68, the 1950 Truman administration state paper that laid out what became the containment strategy toward the Soviet Union, rejecting the alternative strategies of the tributary state and the garrison state, without using those terms.

As the Soviet Union mobilized the military resources of Eurasia, increased its relative military capabilities, and heightened its threat to our security, some would be tempted to accept “peace” on its terms, while many would seek to defend the United States by creating a regimented system which would permit the assignment of a tremendous part of our resources to national defense. Under such a state of affairs our national morale would be corrupted and the integrity of and vitality of our system subverted.

The goal of the Cold War containment policy was to prevent the Soviet bloc from ever obtaining so much relative power that Americans would be forced to choose between their national autonomy and their domestic liberty. According to NSC-68: “In essence, the fundamental purpose [of American strategy] is to assure the integrity and vitality of our free society, which is founded upon the dignity and worth of the individual.”

Truman’s successor, President Dwight Eisenhower, made the same point in his famous warning about the “military-industrial complex” in his farewell address to the American people on January 17, 1961: “In the councils of government, we must guard against the acquisition of unwarranted influence, whether sought or unsought, by the military-industrial complex … We must never let the weight of this combination endanger our liberties or our democratic processes.”

Eisenhower’s speech is often misconstrued by those who claim that “war profiteers” control the government and are inventing fictitious threats to enrich and empower themselves. But that is not what Eisenhower argued. In the preceding paragraphs, he argues that the military-industrial complex, as dangerous as it is, is a necessary response to genuine foreign threats like the Soviet Union:

A vital element in keeping the peace is our military establishment. Our arms must be mighty, ready for instant action, so that no potential aggressor may be tempted to risk his own destruction … But now we can no longer risk emergency improvisations of national defense, we have been compelled to create a permanent armaments industry of vast proportions.

Generations of isolationists on the libertarian Right and anti-interventionists on the radical Left have caricatured Woodrow Wilson, Franklin D. Roosevelt, and their successors as militarists. But these policymakers themselves argued for limited, defensive militarization and U.S. participation in the world wars and Cold War as a strategy that was less threatening to civil liberty and political pluralism than never-ending, defensive mobilization in a United States besieged in North America by triumphant Eurasian empires. From their perspective, the two wars against Germany and the Cold War against the Soviet Union were temporary preventive wars. Their aim was to prevent Imperial and Nazi Germany and the USSR from establishing direct control or obtaining informal domination over the major industrial nations of Europe and East Asia. They conceded that a few years of world war and a few decades of Cold War would warp civil liberty and democracy in the United States, but to a much lesser degree than would occur in an isolated, permanent Fortress America.