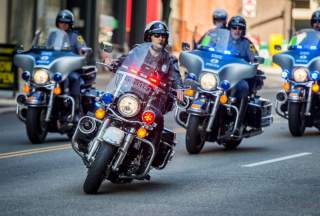 The Black Lives Matter movement must guard against becoming an advocacy arm of gangsters and criminals. A recent pistol-whipping of a police officer in Birmingham, Alabama, occurred because police around the country are becoming too afraid to act like police. Portraying criminals as victims and the police as criminals will foster an atmosphere of lawlessness and criminality that will harm every American, particularly those hardest hit by crime.

Janard Cunningham is lucky to be alive. Pulled over by an Alabama police officer for erratic driving, Cunningham exited his vehicle during the traffic stop, aggressively approached the police officer and delivered a debilitating sucker punch to the officer’s head.

When any police officer is debilitated by a criminal’s blow to his head, it’s a life or death moment. Threatening deadly force against an attacker is perfectly reasonable. Even using deadly force to terminate the attack might be justified. But thanks to the fashionable demonization of police officers driven by activists and their enablers in the media, that’s not what happened next.

Instead, Cunningham seized the stunned officer’s firearm and pistol whipped him senseless.  The officer said he didn’t defend himself because of fear of what the media and the activists would do to him.  “A lot of officers are being too cautious because of what’s going on in the media,” the unnamed police officer told CNN. “I hesitated because I didn’t want to be in the media like I am right now. It’s hard times right now for us.”

When police officers fear Al Sharpton more than they fear a gangster with a gun, the country has arrived at a dangerous moment.

But Jared Cunningham wasn’t alone in his depravity that day. Bystanders joined in.  Emboldened by the fashionable hatred of the police, the onlookers didn’t render aid to the bleeding officer, instead they snapped photos.

The photos posted on social media show a police officer face down on the concrete. Others show him covered in blood. Priorities, I suppose.

"Pistol whipped his ass to sleep," one Facebook user wrote. The photos were passed around Twitter with hashtags such as #FDAPOLICE replacing (or joining) #BlackLivesMatter for a time.

I doubt very much the well-meaning supporters of the Black Lives Matter movement want much attention for their more zealous co-marchers. They’ve decided to ride this tiger and will find it very difficult to get off, no matter how many police end up hurt or killed.

The Black Lives Matter movement should be careful. In the end, they will lose everything when mainstream America sees more stories of police officers being shot and photos of bloodied detectives. Given a choice between thugs and cops, Americans will ultimately take the side of the police. When it seems the thugs have scored too many scores, Americans will lose all sympathy for those criticizing the police.

But something even more incendiary is in play. The truth is that civil society and domestic tranquility aren’t givens.  In fact, over the course of history, they are often the exceptions.  Violent gangsters acting out is a characteristic of human experience as old as time. It is a dark tendency that systems of law and traditions of order are designed to oppose.  When the acts of violent gangsters begin to intermingle with political movements, the risks multiply.

The violent acting in the name of political has always been one of the most dangerous threats to civil society. The danger exists even when the violent purport to act for the cause.  Those who advocate for or praise the violence have also fulfilled an essential role historically to aid this menace.

What could be the reason that the movement to “reform” police departments doesn’t seem to have the will to jettison every nook and cranny of the violent wing of the movement?  I refer to both the overtly violent as well as those who delight in the use of violence against the police.  Do the more mainstream and peaceful elements of the Black Lives Matter crowd relish the energy for the cause the nastier allies provide?  Or is it merely a delight in payback? After all, on social media, that wicked view of payback is easy to find, as it was in response to the events in Alabama.

You can’t find much criticism of this odd, informal and increasingly nasty confederation of police “reformers” among most media.  In fact, some media are more likely to criticize anyone who draws attention to the violent side of the anti-police cause than they are likely to dwell on the more uncomfortable trends in the movement.

Doing anything else might expose too much, and trigger a mighty backlash by mainstream America to the growing thuggery on our nation’s streets.  When that thuggery starts to borrow slogans and memes of an organized, and heretofore, lionized cause, that backlash might not be far off.

J. Christian Adams is a former attorney in the Department of Justice Civil Rights Division.  He is  the author of the New York Times bestseller Injustice: Exposing the Racial Agenda of the Obama Justice Department. (Regnery, 2011).