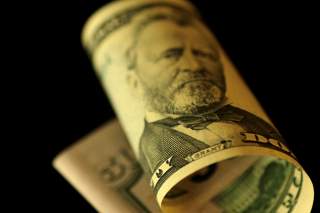 On Monday afternoon, the UN Security Council adopted the ninth set of sanctions against North Korea since 2006.

The new measures, representing a marginal tightening of UN rules, will prove, like the previous eight sets, to be ineffective in stopping North Korea.

In light of the obvious ineffectiveness, the narrative emerging is that China and Russia, Pyongyang’s primary backers, are in control of the process to disarm the North. For the moment that is true, but only because the Trump administration has given them, literally and figuratively, a veto over American policy.

It’s easy to get unanimity when you give up a lot. China and Russia, which hold Security Council vetoes, watered down the measures, which were originally proposed by the United States. Washington, for instance, wanted a total embargo on oil going to the North. The Security Council, however, merely adopted a cap on sales of crude oil and refined petroleum products. The resolution is estimated to reduce crude and refined imports by 30 percent.

The United States had sought a freeze on the assets of Kim Jong-un as well as a travel ban. Neither provision made it into the final resolution. Also missing are freezes on the assets of Air Koryo, the national carrier, and the Korean People’s Army.

Resolution 2375 softens language requested by the United States that would have further restricted employment of North Korean labor by other countries.

The resolution tightened existing rules, such as those relating to investment into North Korea.

Perhaps the most important aspect of the new sanctions was a prohibition on North Korea’s sale of textiles, a big money-spinner for the regime. In 2016, the North earned $760 million from the export of textiles, which were its second biggest export after coal. North Korea’s coal exports were banned on Saturday, August 5 by Resolution 2371.

Quartz, referring to Monday’s sanctions, had it right when it stated that “the resolution basically bans or caps what China and Moscow permitted to be banned or capped.” From that fact, the widely read outlet concluded, as its headline declared, “Russia and China Are Proving Trump Right on North Korea: They Hold All the Cards.”

Russia and China do not have a monopoly on cards, or more precisely, if they are large card holders it is only because the United States, which owns the deck, permits them to.

The United States has given Moscow and Beijing power by making the UN the focus of efforts to disarm North Korea. Therefore, any country wielding a veto—there are five permanent members of the Security Council with the power to block—can do what it wants to help Kim Jong-un’s dangerous regime.

The United States, if it wants, can immediately divest the Chinese and Russians of the power they hold by virtue of their Security Council seats. Take the American proposal, contained in its initial draft, to permit any nation to employ “all necessary measures” to stop the North’s weapons trade.

That broad proposal did not make it into Resolution 2375. The resolution, essentially restating rules adopted in 2009 in Resolution 1874, requires parties seeking to board ships to obtain “the consent of the flag State.” So don’t expect the United States in the near future to stop North Korean missiles on their way to Iran or chemical weapons being transported to Syria.

But why should the United States feel constrained by the procedural requirements of 2375? In May 2009, the Korean People’s Army issued a statement declaring it “will not be bound” by the armistice that ended fighting in the Korean War. This was at least the third time Pyongyang had disavowed the 1953 agreement that halted fighting. Previous renunciations were announced in 2003 and 2006.

The UN Command, a signatory to the armistice, immediately announced the agreement remained in force after the 2009 renunciation. That position, pleasing to the ear, was legally untenable. A truce cannot remain in existence after one of its parties says it no longer exists. The UN Command can, on its own, say it will adhere to the armistice, but that is a voluntary act.

Let’s take our cue from the North Koreans. Without an armistice, there is no agreement not to use force. Without an agreement to not use force, we have the right to sink ships carrying North Korean weapons. Because we have such right to sink, we can certainly board them for weapons searches. We can, because there is no more armistice, simply ignore the absurd restrictions of Resolutions 1874 and 2375.

And in any event, the United States need not adopt such workarounds because it has not used its power to coerce China and Russia into following its position at the UN in the first place. The Trump administration could have, for example, given the Chinese no choice but to accept the American proposal by telling Beijing that it would impose what are in effect death sentences on the largest Chinese banks.

The administration has been dropping hints that designations of large Chinese banks were in the cards. On June 29, the U.S. Treasury Department designated Bank of Dandong, a smallish Chinese institution, a “primary money laundering concern” pursuant to Section 311 of the Patriot Act. That designation denied the bank access to dollars. Without access to dollars, it cannot transact business in the world’s dominant currency.

The administration has not designated the biggest Chinese banks, such as Bank of China, which was named in a 2016 report for devising and operating a money-laundering scheme for Pyongyang, or the Industrial and Commercial Bank of China, the world’s largest bank by assets, also a suspect in this dirty activity.

According to press reports of the last few days, large Chinese banks recently have informally closed accounts of North Koreans and refused to accept new North Korean accounts. Sign of progress? Not necessarily. These institutions have undertaken similar clean-up measures in the past only to restart North Korean business later, and there is no indication that this time is different. The order from Beijing to stop North Korean business is, by the way, a sign of concern about Patriot Act designations.

In short, the Chinese defy the United States at the UN because successive American administrations have not employed the full range of American power. In the past, one can understand the reluctance to resort to extraordinary means because the North Koreans were far from being able to put nuclear warheads on intercontinental ballistic missiles.

Now, however, Kim’s technicians are on the cusp of being able to integrate all their capabilities and kill Americans by the tens of millions, if they can’t do so already. As Nikki Haley told the Security Council at its emergency session on September 4, “We have kicked the can down the road long enough. There is no more road left.”

Resolution 2375 was at best a half-measure. Some may think half-measures are better than no measures. Not Haley. “An additional Security Council resolution that does not significantly increase the international pressure on North Korea is of no value,” she declared in a statement issued July 30. “In fact, it is worse than nothing.”

Resolution 2375, to borrow her words, is worse than nothing. Why? “The U.S. government had been moving towards sanctioning Chinese companies and individuals, but they have backed away from that,” explained Anthony Ruggiero of the Foundation for Defense of Democracies to the Los Angeles Times. “I fear people in the Trump administration will now say, ‘Well, we can’t do anything more because we have to give the Chinese the chance to implement the new resolution.”

Chinese implementation, of course, is unlikely. China has violated the first seven sets of Security Council sanctions. It will surely ignore the eighth.

And what about the ninth? “The bottom line is that it’s the same old thing,” said a “U.N. official” to the Los Angeles paper about Resolution 2375. “It is not going to get implemented.”