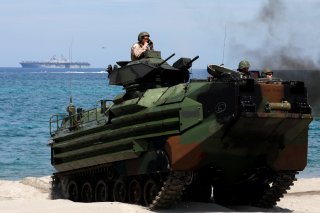 In March 2020, the Marine Corps published Force Design 2030, a concept calling for significant changes to the Corps’ operating forces. Twelve months later, in November 2021, the Marine Corps released Talent Management 2030, another document with troubling implications. After careful study, a small group of retired senior Marines (loosely termed “Chowder II”), which has since grown to include hundreds of former and retired Marines of all ranks, began to voice alarm at what we believe to be a lessening of the Corps’ ability to operate as a combined-arms, air-ground-logistics team. We also spoke of our severe misgivings about the capability of Marine Air Ground Task Forces to respond globally to a wide range of crises and contingencies.

Over the next two years, several of us had opportunities to discuss these concerns with the current Marine Corps leadership. Despite our urgings, we saw no deviation from the path laid out in Force Design 2030. After much discussion and with great hesitancy, we saw no other option but to take an unprecedented step, that is, to speak out publicly, otherwise we were convinced we would watch the organization we had served faithfully for decades become a hollow shell of its former self.

More importantly, we recognized that a less capable Marine Corps posed a significant risk to national security, our first concern. Valued by combatant commanders for its high state of readiness and ability to respond quickly with robust sustainment from shipboard stores and Maritime Prepositioning Force stocks, the Corps was often the “go to” force. We saw Marine Corps capabilities that were needed today to fight the Nation’s wars being unwisely jettisoned to fund future, unproven capabilities that in some cases other Services already possessed. Not always recognized was the fact that the Corps provided 25 percent of the nation’s ground divisions and 15 percent of its fighter/attack aircraft, percentages that have steadily dropped over the past three years.

We are not opposed to change. The Marine Corps, arguably more than any other Service, has always transformed to meet the requirements of a changing world. The development of amphibious operations, close air support, helicopter envelopment, and maneuver warfare are some examples of innovations pioneered by Marines to enable the Corps to remain relevant. These changes were implemented after extensive experimentation and validation and without sacrificing other capabilities. These advances made the Marine Corps more capable and relevant—not less capable or relevant as the current case does. Our concerns with Force Design 2030 and Talent Management 2030 are all related to the unintended consequences of these initiatives. These consequences pose an unnecessary risk to national security, the role of the Marine Corps in national defense, the readiness of Marine forces for global contingencies, and those intangibles that define Marines.

What, exactly, are our concerns? They fall into five categories: (1) The myopic focus on one enemy in one geographical region employing one method with a defensive orientation; (2) The devastating reduction of operational capabilities for global response; (3) The loss of currently needed capabilities for two to seven or more years and the associated risk these reductions pose to national security, all incurred with the “divest to invest” approach to modernization; (4) The unusual way in which force structure decisions were made outside of the highly regarded combat development process; and (5) The adoption of personnel plans that are likely to destroy the culture and ethos of the Corps, attributes that have enabled Marines to fight and win some of the nation’s most difficult battles.

Excessive Focus on One Potential Mission

Projected Marine Corps operations in the Western Pacific are centered around Stand-in Forces. These are small, isolated teams of Marines tasked with detecting and then attacking enemy ships at sea with medium-range missiles. Much like the Wake Island Defenders of World War II, these isolated units will be vulnerable to attack and capture. In our opinion, the units will be too widely separated to be mutually supporting and too far inside contested areas to be immediately reinforced or logistically resupplied during hostilities. Other Services can more effectively perform the mission today with weapons such as Navy attack submarines and Air Force long-range bombers, and with exponentially less risk. The most obvious duplication is with the Army’s Multi-Domain Task Forces (MDTF), which the Army began experimenting with in the Pacific in 2017. Army leadership began manning and equipping the 1st MDTF in Washington State in 2021 with planned completion in 2023. The Army will activate another MDTF in the Pacific Theater in 2023. The Army will build upon its long experience with missiles and the sensors needed for their employment to cover surface and air threats at mid- and long ranges. Simultaneously, the Marine Corps will be experimenting with its Stand-in Forces, not reaching initial operational capability until 2025 and full operational capability until 2030 or beyond.

In response to our criticism, Marine Corps leaders have claimed that Force Design 2030, Expeditionary Advanced Force Operations, and “Stand-in Force” plans and operating concepts are applicable to a wide range of military contingencies. The evidence for this claim is sparse. The Corps is in the process of structuring three of its regiments into new organizations, Marine Littoral Regiments (MLR). MLRs are built around a battalion-size Littoral Combat Team (LCT) whose primary armament is a missile battery designed to engage enemy ships. The main purpose of infantry in the LCT is to provide security for dispersed missile teams. The MLR also has an anti-air battalion and a combat service support battalion. What it does not have is the ability to conduct offensive operations or to control maneuver units. In other words, it provides a fires solution to the detriment of maneuver. It has no ability to conduct combined arms operations, which have been the mainstay of Marine Corps operating forces for more than a hundred years. If MLRs were tasked to fight in a war like the one we see in Ukraine today, they could do little more than contribute fires to the “deep fight.” By all accounts, the Corps has abandoned the concept of “single battle” for it has little to contribute to the “close battle” or “rear battle” should one occur. Soon one-third of the Corps’ operating forces will no longer be able to close with and destroy the enemy, long a unique strength of the Corps.

To resource the MLRs, the Corps has made deep cuts in its other two Marine Expeditionary Forces (MEFs). As an example, the 2nd Marine Division has lost one-third of its infantry regiments and has taken deep cuts to its cannon artillery, and the 2nd Marine Logistics Group was stripped of all its bridging. The 2nd Marine Aircraft Wing has suffered similar losses in aircraft.

Despite assertions otherwise, the Marine Corps is clearly less capable to serve as a global response force and a force in readiness today than it was in 2018. United States Marines can no longer claim their traditional role as the Nation’s premier 9-1-1 force. The evidence is overwhelming. Among many examples are the 21 percent loss of Marines in infantry battalions, 100 percent loss of armor, 67 percent loss of direct support cannon artillery, 100 percent loss of bridging, and approximately 30 percent loss of aircraft. There are fewer amphibious ships and nearly a two-third reduction (already made or planned) of Maritime Prepositioning Forces ships, and large reductions in land-based prepositioning. In our judgment, the Corps would find it challenging to get to the fight and sustain itself successfully in a conflict in Korea, Iran, or Europe. It simply does not have the amphibious and MPF ships to deploy, combat power to fight a conventional war or the capacity to sustain itself for more than a few weeks at best. Without MPF, a MEF will have to compete with the other Services for limited Military Sealift Command or other commercial ships. Marines will be significantly delayed arriving in theater and possibly after Army forces have closed.

Combined arms is the employment of infantry, artillery, armor, engineers, close air support, and all with needed logistics in a way that places an enemy on the “horns of a dilemma.” If he exposes himself to engage advancing infantry, he is subject to the effects of artillery fire. If he shelters himself from artillery fire, the infantry can advance relatively unmolested. With the divesture of all tanks and the drastic reductions in direct support cannon artillery, Marine Corps units would have great difficulty employing combined arms in the future. We have been dismayed to hear proponents of Force Design 2030 assert that “Cyber and information operations are the new combined arms.” This is pure nonsense. Though these are means to support attacks, as one observer noted, “No military has ever ‘cybered’ a river crossing.” Virtual does not supplant real.