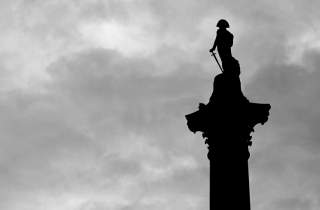 The shock waves from the Brexit referendum are still being absorbed in Britain, Europe and around the world. But the landmarks of global security have already been reshaped. Here are four consequences of Brexit:

1. Brexit completely transformed the tenor of the upcoming NATO summit in Warsaw. This summit was meant to shore up the alliance's response to a resurging Russia in the East and to demonstrate that European solidarity to counter the actions of the Kremlin. Yes, the British have not voted to leave NATO, nor is there any indication that a “Nexit” is forthcoming. But the vote validates two developing trend lines in Europe. The first is the hesitation within Western European countries to want to be drawn into conflicts and problems happening on the eastern periphery of the continent or within the post-Soviet space. The second will be to reawaken the lingering regional split within the alliance—with some members arguing that if NATO had paid much more attention to dealing with the cross-Mediterranean threats to European security, rather than on being drawn into playing geopolitical games in Eurasia, the migration crisis might have been avoided or blunted—and thus one of the key drivers of Brexit might have been neutralized.

2.  Brexit signifies a weariness with continuing to expand the Euro-Atlantic eastward and making Russia's problems with its neighbors Europe's problems. Along with the nonbinding referendum in the Netherlands on the EU-Ukraine accession agreement and the French Senate voting to recommend lifting sanctions on Russia, the nationalist-populist parties in Western Europe (Marine Le Pen's National Front, Nigel Farage's UKIP and so on) have all argued that involvement in the Russia-Ukraine dispute was not in their countries' national interests and damaged their countries' profitable bilateral relations with Russia. In turn, the Kremlin's own direct investment in these parties has now had its first major payoff. If Brexit now fuels referenda in other EU countries or boosts the standing of the Euroskeptic groups, Russia further benefits because Moscow would prefer to deal with a Europe of separate national states rather than with a Union of 500 million people. The sanctions regime imposed on Russia in the aftermath of the seizure of Crimea and Moscow's support for separatism in Eastern Ukraine is already looking much more fragile, but the Brexit vote—and the message that national interests should be elevated over European ones—will strengthen the case for those arguing for an end to sanctions. If, as some are predicting, Boris Johnson becomes the next prime minister of Great Britain, London may signal that it is less interested in subordinating British business and commercial interests to a resolution of the Ukraine crisis.

3. Brexit is the latest manifestation in the developed world of the growing divides between political and business elites committed to globalization, and the masses who believe that their security and prosperity has not been served by a diminution of sovereignty and the lowering of barriers (especially on trade and migration). Brexit eloquently speaks to what I have termed in these pages as the "narrative collapse" whereby a country's international engagement is seen as disconnected from the interests of "average citizens." Brexit, along with both the Donald Trump and Bernie Sanders "waves" in the presidential primaries, speaks to a growing sentiment among voters that the national community should take precedence over the international one in how policies are framed and executed.

4. In 2014, David Rothkopf complained that "Foreign policy is not a talk show...we have turned our senior policy officials into play-by-play commentators on international affairs and not people deliberating about the next move." The Brexit referendum has been two years in the making. All of the trends that resulted in the outcome we saw were known and charted. And yet there was still a faith that rhetoric and the "right words"—especially if delivered with the traditional eloquence of Barack Obama—would substitute for a sustained strategy. We are seeing further negative results from how the pivot to Asia was handled, as well as the increasingly reactive nature of U.S. policy to respond to the crises of the day rather than a more proactive approach where the U.S. seeks to shape the environment. Washington's neglect of geoeconomic tools, in particular, hampered its response to Ukraine and gave it few cards to play to try and keep the UK in the EU—which was seen as a critical U.S. interest. Whether justified or not, Brexit will be viewed not only as a political failure for David Cameron—who resigned this morning—but also for Barack Obama.

Cameron has responded to Brexit by pointing out that we are in uncharted waters. U.S. national security strategy, defense spending and policy priorities were all predicated on an assumption that Europe was not only not going to be a security consumer, it would become a security provider able to lift burdens from the shoulders of the United States. Crimea in 2014 was the first shot across the bow, followed by the migration crisis last year. Brexit may be the third strike which retires that assumption altogether. A pivot to Asia cannot be funded on a pivot from Europe—a dilemma this administration must either resolve or pass along to its successor.

Nikolas K. Gvosdev, a contributing editor at The National Interest, is the incoming Jerome E. Levy Chair of Economic Geography and National Security at the U.S. Naval War College. He is also a nonresidential senior fellow in the Eurasia Program at the Foreign Policy Research Institute. The views expressed here are his own.