France's Terror Backlash Raises Questions of Security, and Identity Too 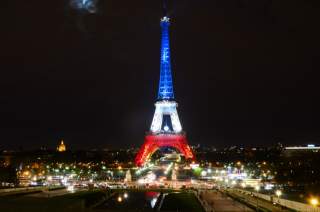 Last Friday in Paris, French Interior Minister Bernard Cazenueve issued a complaint to his counterparts across the continent that will be recalled in the annals of European counterterrorism: with all their resources and supposed vigilance about the jihadist threat, none had managed to help him determine the whereabouts of Abdelhamid Abaaoud, mastermind of the Paris attacks.

In the end, the Moroccan intelligence services helped pinpoint the apartment block north of the French capital where Abaaoud had been hiding, as French security sources also acknowledged Friday. Relations between Paris and Rabat were strained last year, but King Mohammed VI has put politics aside, and placed all the might of his formidable security sector at the disposal of the Élysée in its struggle to defend its people. Abaaoud’s brother was already in custody in Morocco, and appears to have been tapped to provide information in the manhunt. The kingdom more broadly has been tracing the movement of Moroccan and other Arab and non-Arab nationals in and out of the battlefields of Syria and Iraq.

But Cazenueve’s concerns about counterterrorism in Europe speak to larger problems, which police alone can’t solve: France and its neighbors stand in need of an adjusted approach to security, informed by a more clear-eyed analysis of their opponent. The past week’s jihadist atrocities, from Paris to Bamako, offer at least a couple of lessons in this regard.

The first relates to the longstanding debate in Europe and North America over whether the struggle against jihadism is more akin to war or law enforcement. The question is informed by the logic of the Westphalian state system: if you recognize national borders, then you draw a fundamental distinction between “domestic affairs” within them, such as policing and courts, and “foreign policy” toward the world beyond them, from diplomacy to military intervention. But if this month’s near-simultaneous attacks on multiple continents teach us anything, it is that jihadists draw no equivalent distinction.

The enemy is at once foreign and domestic. It is domestic to all nations because jihadists operate within them—whether active on the ground or engaged via the Internet. At the same time, the enemy is foreign to every nation, in that the ideology they embrace abhors the very principle of the nation-state. Thus the debate over the nature of the counter-jihadist struggle is moot: this is a total war, entailing military action, police action and, for that matter, nonviolent efforts to counter the ideology itself. Waging such a war means developing a seamless security architecture in which police, military and intelligence cadres of a given state cooperate with each other, and coordinate selflessly with their counterparts in allied nations.

The second lesson is also a matter of mindset, and relates to the fact that as many as three of the suicide bombers who died in the Paris attacks were citizens of the nation they were targeting. Hundreds of Muslim citizens have departed for the battlefield in Syria and Iraq from each country in Western Europe, and clearly intend to take the fight back home. In the United States, by contrast, the number of ISIS recruits is proportionately smaller, such that an American citizen of the Muslim faith is on balance less likely to succumb to a jihadist recruitment overture. This difference has been ascribed in part to Muslim Americans’ higher educational and income levels. But so many ISIS fighters themselves come from educated, middle-class backgrounds that the two factors do not adequately explain the contrast.

Perhaps a more significant distinction lies in how Muslim nationals on the two continents relate to the countries in which they were reared. In Europe, a substantial number of Muslim nationals do not feel vested in the traditional nationalist ethos of their home countries—a nationalism typically rooted in ethnicity and still not adequately reformed to account for the diversity of twenty-first-century Europe. In the U.S., Muslims have had the opportunity to join as equals in a multi-religious, transethnic patriotic experience, which is the basic value proposition of a “nation of immigrants.”

This contrast is not news to the European public discussion, but grappling with it has now become a strategic necessity. It is a matter of “burning the candle at both ends,” in the sense of mitigating extremist ideologies while also fostering a more inclusive identity and policies toward immigrant communities. In terms of the former goal, the interior ministries of France, Germany and Italy were first established, centuries ago, as part of an effort to assert sovereignty over Catholic Church leadership within their respective borders: the defining early struggle of nation-states versus transnational religious loyalties. The same government structures, retooled to face the jihadist threat, can be used to streamline the tenor of Islamic leadership within each country, as well as provide a framework to counter online indoctrination.

Engineering a more cohesive identity is an exercise in imagination, education and socioeconomic engagement. Europeans need to find a middle ground between the exclusivist, ethnic nationalism of ages past and the laissez-faire multiculturalism that has enabled sub-state ideological enclaves to form in many European cities today. The old-fashioned nationalism was rooted in an ideal of homogeneity that no longer has any place in Europe, but the educational and cultural programs that inculcated it were robust and effective. Similar programs need to be used today to purvey a hybrid identity, celebrating the histories of its component parts and instilling the feeling of a shared future. Such efforts, together, with a serious attempt to level the gap in educational and financial opportunity, can help win the “total war” by establishing a civil peace.