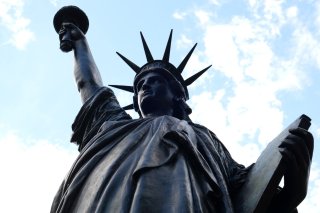 Francis Fukuyama occupies a unique position in intellectual life. His 1992 book, The End of History and the Last Man, which notoriously proclaimed “Western liberal democracy as the final form of human government,” must surely be among the most widely (and sometimes unfairly) disparaged works of political thought in the last three decades. At the same time, as Fukuyama has become more sensitive to the fragility of liberalism, he has produced several of the truly great works of twenty-first-century social science, in particular his two-volume historical reconstruction of the origins of political order and the sources of regime decay. However, his most recent work, Liberalism and Its Discontents, is instructive mostly for what it reveals about the rhetorical strategy of contemporary liberalism. In calling, like so many recent commentators, for a return to the moderation of the “classical liberal” tradition, Fukuyama manages to reveal the strange role that an elusive concept of classical liberalism has come to play in contemporary political discourse.

His basic argument is by now familiar: the West is in crisis today, but this is mostly because liberals themselves have strayed from the true liberal tradition. Since the 1960s, politics has become polarized between a libertarian hostility to government, leading to global financial deregulation and soaring inequality, and a progressive obsession with the recognition of minoritarian identities, which corrodes the cohesion offered by a shared national identity. In turn, economic dysfunction and declining cohesion undermine the political process, generating cultural discontent and political polarization in an endless feedback loop.

To break this cycle, Fukuyama insists that we must return to the moderate tenants of classical liberalism that first coalesced in the seventeenth century following the Wars of Religion. This is what the political philosopher Judith Shklar once called “the liberalism of fear,” since nothing concentrates the mind on what really matters like the prospect of violence. On this view, classical liberalism abandoned utopian aspirations, settling on a political regime that would avoid the worst outcomes (civil war, violent oppression), even if it did not claim to pursue moral perfection as a matter of policy. It is hard to generate political consensus about the summum bonum, but everyone wants to avoid their neighbor’s knife in his back (Hobbes) or the state’s boot on his neck (Locke). A combination of strong but accountable government, limited by the rule of law and the protection of individual rights, allows for a modus vivendi whereby individuals can choose to live and worship as they see fit, without imposing their vision of the good life on the rest of society.

According to Fukuyama, liberals of both Right and Left need to recapture this spirit of moderation. Libertarians must be brought to accept that strong government and sensible regulations are necessary, while progressives need to remember that a majoritarian national identity has always played a role in healthy democracies. At one level, this plea for moderation is entirely unobjectionable. Complications only appear when one looks below the surface.

The first question to ask is whether liberalism has the resources within itself to engender this sort of moderation. Recent critics like Patrick Deneen have argued that the liberal valorization of individual choice/autonomy corrodes social stability as well as the communal values that make choice meaningful in the first place. What is distinct about marriage, if we can choose to enter and exit a marriage at the drop of a hat, just like any other relationship? Indeed, why go through the stress of choosing anything at all, if all choices are equally arbitrary and thus of equal value? Against Deneen, Fukuyama wants to argue that classical liberalism has always been perfectly compatible with moderate autonomy, that is, with a circumscribed range of political choices that promote freedom without tipping over into destabilizing radicalism.

Yet, while Fukuyama is surely correct that liberals can embrace moderate autonomy, it is also true that centrist liberalism is not a stable point but has historically tended to oscillate to the left and right, going through repeated cycles of radicalization, overreach, and retrenchment. In the eighteenth century, the basic liberal conceptual triad of rights, equality, and the state played a role in the excesses of the French Revolution. Later, in Britain, the same ideas generated a proto-libertarian free market ideology that contributed to suffering at home and famines in colonies like Ireland and Bengal by discouraging economic “intervention” during hard times. In these cases, and many others, the liberal commitment to moderation only arrived after the fact. There is a good reason for this.

The root word of liberalism is the Latin liber, which denotes the state of being a free man rather than servile; it also shades into other meanings, such as the debauchery of the libertine who “goes too far” in his freedom and ends in licentiousness, enslaved by his passions. In some sense, then, the very idea of liberty points toward its own limitation. This helps explain why the liberal tradition has always been a bit schizophrenic, combining a desire for greater human freedom with a fear of “going too far.” Today, Fukuyama’s brand of “classical liberalism” has come to stand for this elusive and perhaps impossible ideal of a liberal polity that would maximize individual freedom and economic growth without sacrificing anything in the way of social cohesion, that is, without ever “going to far.” But is this really anything more than a rhetorical flourish?

Liberals pursue freedom by granting a zone of autonomous choice to individuals, or to groups in the case of multicultural liberalism. Choice, however, really only has value against a background of unchosen institutions and obligations. Trivial choices such as, say, what color shoes to wear, do not strike us as being exemplary moments of true autonomy—unless, that is, we once struggled against a society that historically restricted our sartorial choices. Thus, liberalism generates expectations for personal and political freedom, which emerge through confrontations with unchosen tradition.

It is no coincidence that in the 1970s and 1980s the best liberal philosophers, from Rawls and Rorty on the Left to Nozick and Hayek on the Right, all began to toy with the word “utopian” when describing their respective intellectual projects. Liberal thought encourages us to ask the utopian question, “What would the world look like if the constraints on liberty that I find most bothersome were removed?” When we take a belief or institution that seemed like a given fact of nature, and alter it based on our current choices, then we can be confident that we are acting autonomously, that our life is not being governed by forces over which we have no control. Liberalism provokes such confrontations. A liberalism wholly at peace with the world, lacking any utopian quarrel with life, would be unrecognizable.

Furthermore, we might ask what kind of moderation is really compatible with this stance toward freedom? The truth is that it is difficult to say ahead of time which choices are prudent exercises of liberty and which stray too far, resulting in political disintegration. For example, John Locke, in a critique of multiculturalism avant la lettre, argued that religious toleration could not be extended to Catholics and atheists. Subsequent generations chose to disregard Locke’s counsel of prudence and discovered that these groups could live quite peaceably together, albeit only after some very painful experiences. On the other hand, as Fukuyama notes, deregulating the economy in the 1980s seemed like a perfectly reasonable idea at the time, and in some cases proved quite successful, and it is only after the fact that we truly understand how disastrous deregulation can be when extended to the financial sector.

In short, the appropriate measure of moderation is only evident after the fact, in retrospect. From within the liberal perspective, the proper limit only appears as a limit after we confront the consequences of our individual and collective decisions. The liberalism of fear emerges after we learn to be afraid of civil strife. Like Fukuyama himself, many liberals learned to see the dangers inherent in proclaiming Western democracy the final form of human government only after the project had been tried and failed.

For it to be otherwise, liberalism would have to learn to make peace with the unchosen aspects of life. While some individual liberals, like Fukuyama, seem perfectly able to do this on some issues, historically it has proven very difficult for liberalism to generate consensus among adherents regarding appropriate limitations on choice, or to make peace with societies that choose non-liberal ways of life, until they confront the undesirable consequences of experimentation. Fukuyama’s call for moderation is commendable, and much of his diagnosis of our political moment is spot on. However, despite his best intentions, the moderate equipoise of a classical liberalism that expands freedom but sacrifices nothing is an ideological chimera. Liberalism exists to kick over the traces, even if it is often wise enough to try to patch things up after the fact.

Christopher M. England received his Ph.D. in political science from Johns Hopkins and continues to teach and write about politics. In addition to academic work, he has been published by various outlets, including The American Conservative, The Atlantic Council, The National Interest, 19FortyfFive, and many others. Contact him at [email protected].