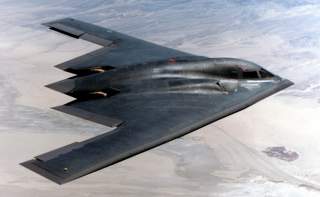 In a quiet but significant development in the annual defense policy bill recently passed by the House Armed Services Committee, the Navy strengthened its argument that its soon-to-be-built nuclear ballistic missile submarines are “national assets” that should not be paid for within the traditional shipbuilding budget.

This effort to increase money for the Navy and shipbuilding through back-door accounting is selfish, but smart, and should prompt a wider discussion about the looming modernization cost of America’s nuclear triad and the strategic wisdom of service funding parity. Rather than attempting to siphon off funds from within and among the joint force through the usage of unobligated funds in this special account, the services should argue for a topline increase to ensure a capable nuclear triad and a balanced future force.

The argument that each service provides “national assets” or “public goods” from which many benefit is not new, but has grown more attractive as smaller budgets continue to restrict military capability. Over the next ten to fifteen years, the Navy and Air Force will conservatively spend over $100 billion each to modernize all three legs of the nuclear triad: ballistic missile submarines (SSBNs), nuclear-capable bombers, and land-based intercontinental ballistic missiles (ICBMs). The Navy has publicly argued that the cost of 12 new nuclear submarines at $7 billion a boat will crowd out funding for carriers, destroyers, and attack submarines. The argument is far from specious. When the Navy last recapitalized its boomers in the 1980s, the Reagan administration successfully gave the admirals an upfront boost to the shipbuilding account.

This latest budgetary maneuver is different from those Reagan-era increases, however. Last year, Congress established the National Sea-Based Deterrence Fund, which moves dollars from the Navy to a defense-wide account. This shell game essentially makes the Navy’s shipbuilding budget appear smaller so that officials can more successfully argue for funding increases for conventional ships and submarines. Yet the money has not disappeared—it still counts against the topline of whatever final number Congress appropriates for the defense budget.

In the current House version of the defense authorization bill, Congress is proposing to move $1.4 billion in Navy shipbuilding funds to the National Sea-Based Deterrence Fund. Additionally, the bill language opens the door to possibly funding aircraft carriers and attack submarines through the same defense-wide account. It also would allow the Navy to use prior year unobligated balances from elsewhere in the defense budget to do so. Unobligated funds, which number in the tens of billions, are not magic money—they are dollars set aside for specific programs, but which are not yet under contract. Funding anything through unobligated funds means that other needed equipment programs and weapons systems will quietly suffer without debate or clarity of consequence.

The Government Accountability Office estimates that the Navy will spend over $11 billion on research and development of the Ohio-class replacement program and another $84 billion to build the 12 submarines. Yet the Navy’s claim that it faces a unique funding squeeze rings hollow. While the Navy’s budget crunch starts sooner, the Air Force’s shortfall in the mid- to late-2020s is equally challenging and may, in fact, be worse overall. When the Air Force begins building its new bomber and modernizing ICBMs, it will also be in the middle of replacing its entire fleet of tankers and fighters—over three-quarters of its total aircraft.

Worse yet, the Air Force has surely underestimated the cost of its new long-range strike bomber program. While a stated cost of $550 million per aircraft seemed reasonable five years ago, cost growth is to be expected. Conservatively assuming a 16 percent growth rate—the low end of what a RAND study considers average historical cost growth of major weapons programs—the bomber will be closer to $640 million per aircraft. Including an estimated $20 billion in development costs based on a Congressional Research Service analysis, the total bomber program price tag begins to approach that of the Navy’s Ohio Replacement Program.

And though the shape and scope of the Minuteman III upgrade or replacement efforts remain uncertain, the definitive RAND study on the program estimated that even a minimal recapitalization would cost anywhere from $1.5 to $2 billion per year, leaving the total program cost at over $35 billion for the Air Force.

Upon closer inspection, both services in charge of maintaining America’s nuclear triad have a strong case that all of these capabilities are indeed “national assets.” Arguably, each branch of the military delivers such public goods to the joint force and the nation even beyond strategic forces. The Army coordinates theater missile defense operations while providing persistent ground-based missile defenses and enabling Aegis-equipped destroyers to perform their BMD missions. The Navy, Marine Corps and Coast Guard keep the global sea lines of communication open every day and help protect the fiber optic cables underneath the world’s oceans. The Air Force manages the GPS satellite constellation, which allows for precision timing and navigation by users all over the globe. The Navy is quite simply not alone in providing national services out of budget hide.

That each of the armed forces shoulders some degree of this weight fits well with the fact that the United States has historically funded its military branches fairly equally. Though budget shares may tick up or down given the initiation or cancellation of large procurement programs, each military department has received about a third of the available funding since the inception of the all-volunteer force in 1973. This trend has only begun to change with the increased usage of emergency supplemental funding in recent years.

This trend is not a result of some playground notion of principled fairness, nor of mere bureaucratic politics or lazy budgeting. The United States has historically funded its military departments relatively equally because doing so insures the national defense against strategic uncertainty. Policymakers simply do not know which future threats will manifest. Betting on one military service and allowing another to atrophy is a risky gamble. Further, one of the U.S. military’s key qualitative advantage over adversaries is its balance and combined-arms prowess. Funding one department too heavily may actually make that service less effective since the military branches support each other so closely. The Navy does deserve a bigger shipbuilding budget and more aircraft carriers—but it shouldn’t then be surprised when the Air Force can’t show up with enough tankers to refuel its fighters.

The so-called “golden ratio” is not a product of bureaucratic politics or lowest common denominator budgeting. It is a form of strategic hedging or investing in a diverse portfolio of capabilities. Congress’ move to give the Navy a well-disguised topline boost is both brilliant and precarious. It is also an inevitable result of a clearly under-resourced military, and policymakers should expect to see more inter-service money grabs at the Pentagon if legal budget caps remain unchanged over the next few years.

The argument in favor of funding “national assets” through defense-wide accounts is a convincing one, but only when applied to the military as a whole and paid for by a Pentagon-wide budget bump. The only way for the Navy, Army, and Air Force to escape from their oncoming service-specific acquisition train wrecks, in the words of the 2010 QDR Independent Panel, in the next decade is to argue for defense budget increases with a single voice.