The Future of Freedom in the Era of Dictatorial Rule 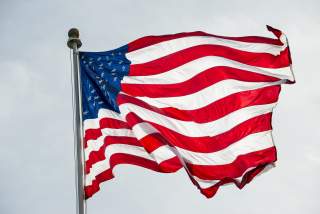 OXFORD, England—A portrait of John Locke, considered the father of political liberalism, hangs in Christ Church Hall amid a gallery of honored graduates that includes John Wesley, William Pitt, Charles Boyle, and William Gladstone. But on the eve of England’s Glorious Revolution in 1688, Locke was a political fugitive living in exile, having been expelled from his Oxford University post for promoting “certain pernicious books and damnable principles.”

Despite his rehabilitation, Locke’s principles—government by consent, political equality, religious liberty, and the right to resist tyranny—are as controversial as ever. Indeed, nearly every international crisis today involves an argument between Locke and Thomas Hobbes: a debate over the right to live in freedom vs. submission to dictatorial rule.

Consider the political landscape in places such as Hong Kong, China, North Korea, Russia, Turkey, Syria, Saudi Arabia, Iran, Pakistan, and Venezuela. In each case, Lockean ideas about human equality and self-government are being devoured by the Hobbesian Leviathan. In each case, the rule of law cannot be counted on to protect the rights of minorities and political dissenters. The result—as Locke predicted—is social unrest and revolution. When both sides are armed, the stage is set for civil war. “For when the people are made miserable, and find themselves exposed to the ill usage of arbitrary power,” Locke warned, they will be “ready upon any occasion to ease themselves of a burden that sits heavily upon them.”

Locke’s world was not so different from our own. Over his lifetime (1632–1704) he witnessed populations convulsed by the English Civil War, regicide, religious extremism, show trials, executions, and the suspension of civil liberties. He saw firsthand a campaign of religious persecution that sparked a refugee crisis in the heart of Europe. Ultimately, Locke’s liberal principles triumphed in the West. Yet the story of his achievement, ripe with lessons for our own age, is being neglected.

When Hobbes pondered the realities of European society, he saw a “state of nature” in chaos: a ruthless war of all against all. The only remedy, he believed, was a universal submission to an all-powerful political authority. Locke saw something else: the human capacity for rational self-government. This is the subtext of Locke’s Essay Concerning Human Understanding (1689), considered part of the canon of Western philosophy. The leading philosopher of his age, Locke nevertheless preferred the reasoning of ordinary people to the “learned gibberish” of intellectuals and religious scholars. “The candle that is set up in us,” he wrote, “shines bright enough for all our purposes.”

Chief among those purposes, Locke argued, was the creation of a political society built upon our natural rights to life, liberty, and property. Unlike Hobbes, Locke envisioned a “state of nature” rooted in a fundamental moral law: the protection of human freedom so that every individual could pursue her divine calling and serve her true sovereign. “For men being all the workmanship of one omnipotent and infinitely wise Maker; all servants of one sovereign Master, sent into the world by His order and about His business,” he wrote in Second Treatise of Government (1690). “They are His property, whose workmanship they are made to last during His, not another’s pleasure.” The agents of Leviathan not only violate God’s moral law but “put themselves into a state of war with the people.” The American Founders would take note.

In seventeenth-century Europe, however, political absolutism was sanctioned by religious authorities, armed with hyper-patriarchal interpretations of the Bible. Any progress toward a more liberal, egalitarian society required a theological revolution in the European mind. Locke sought to instigate it.

It is true that Locke shared the enlightenment critique of militant Christianity and its capacity to unleash profound wickedness: “All those flames that have made such havoc and desolation in Europe . . . have been at first kindled with coals from the altar.” Yet unlike the enlightenment thinkers who followed him, he didn’t believe the concepts of freedom and equality could be defended on purely secular grounds; they must be anchored in the Hebrew and Christian scriptures. “Lockean equality is not fit to be taught as a secular doctrine,” writes political theorist Jeremy Waldron. “It is a conception of equality that makes no sense except in the light of a particular account of the relation between man and God.”

Political philosopher Leo Strauss persuaded generations of scholars that Locke was “a hedonist,” that he did not take man’s religious aspirations and obligations seriously. The opposite was the case: Locke was as much a religious reformer as he was a political revolutionary. In the Christian humanist tradition of Erasmus, a man he greatly admired, Locke argued that a return to the teachings of Jesus—in politics and culture—held the key to a more just and humane society. Hence, one of his rules for a philosophical society he founded in 1688 while in exile in the Netherlands: “Proposing to ourselves and others the example of our Lord and Savior Jesus Christ, as the great pattern for our imitation.”

This was the moral core of Locke’s A Letter Concerning Toleration (1689), arguably the most important defense of religious freedom ever written and the conceptual basis for the modern secular state. Neither Jesus nor his disciples ever coerced anyone into the kingdom of heaven, Locke argued. Mutual charity, expressed in the golden rule, was their answer to religious diversity. “But that the church of Christ should persecute others, and force others by fire and sword to embrace her faith and doctrine, I could never yet find in any of the books of the New Testament.”

Locke drew conclusions from his case for religious liberty considered utterly radical at the time. First, the church must be “a free and voluntary society,” based on the conscience and consent of each individual. Second, the state must protect equally the rights of every person to pursue his religious obligations. “The sum of all we drive at,” he wrote, “is that every man enjoy the same rights that are granted to others.” Here are the defining doctrines of liberal democracy: government by consent of the governed, equal justice under the law, and the separation of church and state.

These are the political principles that have helped the West to defeat two of its most intractable problems—political tyranny and religious authoritarianism. It is precisely these ideas that are under assault in much of the rest of the world. Nevertheless, while many on the political left ignore Locke’s influence, a growing number of conservatives have rejected it as a “dead end” toward radical individualism and social breakdown. Yoram Hazony, the author of The Virtue of Nationalism, argues that “there is nothing in the liberal system that requires you, or even encourages you, to also adopt a commitment to God, the Bible, family, or nation.”

Nonsense. These voices would cut us off from a vital source of moral and political insight, gained from bitter experience. Like no one before him, John Locke combined liberal political theory with the ethics of the Sermon on the Mount. Ultimately, he helped lay the foundation for a society with greater freedom, justice, and diversity than anything Christendom had produced in over a thousand years. It is an inheritance that cannot be guarded too carefully.

Joseph Loconte, PhD, is an associate professor of history at the King’s College in New York City and the author of God, Locke, and Liberalism: The Struggle for Religious Freedom in the West. He is working on a documentary film series about the impact of war on the literary careers of J. R. R. Tolkien and C. S. Lewis. A trailer for the film can be found at hobbitwardrobe.com.