Is the Future of the Persian Gulf Chinese? 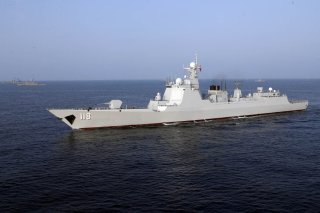 In early January, the foreign ministers of Saudi Arabia, Kuwait, Oman, Bahrain, and the Islamic Republic of Iran traveled to China in the span of a week to strengthen their ties with the Chinese Communist Party. China, the emerging global superpower, has become the number one trading partner for these nations, thereby deepening Beijing’s political influence in the Middle East.

Over the last decade, on average, China imported half of its oil from the region. In 2020, China imported $82.6 billion of oil from Persian Gulf countries. Unlike Western democracies, China is in no rush to divest from fossil fuels. As the demand for Persian Gulf oil fades in the West, Chinese imports play an even more critical role in the region’s economic life.

The picture is clear: Chinese and Persian Gulf economies are becoming more integrated, while regional and U.S. economic interests are on diverging paths.

China has exploited these developments to augment its own power. China now has a twenty-five-year cooperation pact with the Islamic Republic of Iran and is helping Saudi Arabia not just with its ambitious economic plans but also in developing its nascent nuclear program.

Additionally, the countries in the Persian Gulf may find China a better patron. The absolute monarchies, autocracies, theocracies, and enlightened despots of the region may find a kindred spirit in China and its communist party. At least for now, China does not lecture them on how to treat their citizens as long as they do not lecture China on how it treats its citizens, including the Muslim Uyghurs.

Compared to the United States, China’s autocratic political system allows it a more consistent foreign policy. The Biden administration has paused, if not reversed, the Trump administration’s “maximum pressure” campaign against Tehran, removed the Houthis from the U.S. terrorism list, and increased pressure on Riyadh to end the war in Yemen. As a result, U.S. allies who strongly oppose these actions are diversifying their patrons—especially with China.

China wants to secure the flow of oil from the region. It seeks intelligence and political cooperation in the Middle East to provide a cover for Beijing’s persecution of Muslim minorities. And it aims to cultivate allies in its quest for global preeminence.

If the United States decides to keep retrenching in the Middle East, China will likely fill the gap. The region offers unrivaled energy resources and rising Chinese power there would grant Beijing more potential leverage over its rivals.

American proponents of abandoning the Persian Gulf often cite the need to pivot to Asia. However, Washington’s retreat from the region may achieve the exact opposite of U.S. objectives, ultimately emboldening and empowering China.

Saeed Ghasseminejad is a senior advisor on Iran and financial economics at the Foundation for Defense of Democracies (FDD), Follow Saeed on Twitter @SGhasseminejad. FDD is a Washington, DC-based, non-partisan research institute focusing on national security and foreign policy.