The Future of U.S. Trade Policy: An Emerging Bipartisan Consensus? 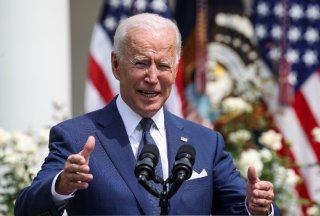 The Biden administration has made major changes to foreign policy, but it has largely accepted its predecessor’s trade framework. Biden officials have signaled acceptance of Trump-negotiated trade agreements and maintained tariffs and export controls targeting China—at least for now. Will this situation last? And if there is a new U.S. trade regime that is durable through presidencies of both parties, what does it mean for the economy and the U.S. role in the world?

Watch the Center for the National Interest and former Deputy U.S. Trade Representative (USTR) C.J. Mahoney’s discussion of how trade policy has evolved in recent years, what the Lighthizer-led USTR tried to achieve, and what might emerge from Biden policies on trade. Christian Whiton, senior fellow for strategy and trade at the Center, moderated.

C.J. Mahoney was a Deputy U.S. Trade Representative from 2018 to 2020. He was a key negotiator of the U.S.-Mexico-Canada Agreement that replaced NAFTA, led talks to win congressional approval of the pact, and also oversaw the implementation of tariffs on China. He is the Deputy General Counsel, U.S. International Trade and Azure, Microsoft. He was previously a partner at Williams and Connolly LLP, a visiting lecturer at Yale Law School, and a Supreme Court law clerk to Justice Anthony Kennedy.