G7 Offers a Chance for a Truce in the Tariff Wars 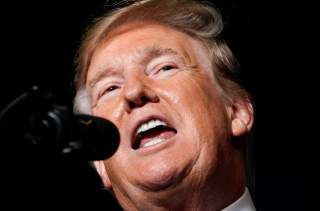 The Group of Seven (G7) summit will convene this weekend in Biarritz. President Donald Trump’s trade policies will undoubtedly take center stage again, as they did at last year’s meeting.

The topic is increasingly important to those in attendance—the leaders of the world’s seven most economically advanced countries.

U.S. tariffs on China are already being felt by American companies. They are paying more for imported basic and intermediate inputs—materials needed for American workers to produce finished goods and services. And while the tariffs haven’t hit Americans too hard in the pocketbook yet, the longer and harder they are applied, the greater the likelihood that U.S. consumers will start feeling the pinch.

The uncertainty surrounding trade is largely the reason for significant volatility in global financial markets in recent weeks. There are also warning signs of a potential economic slowdown in Europe—a slowdown that could be aggravated by possible U.S. auto tariffs.

Now, one thing the G7 countries should be able to agree upon this weekend is the need for a united front against the predatory behavior and imperialistic ambitions of Xi Jinping’s China. All G7 members perceive the threat to the global trading system posed by China, which has gamed that system’s rules ever since being admitted to the World Trade Organization twenty years ago.

In fact, one of the main reasons Trump has been unable to strike a deal with the Chinese is the difficulty of coming up with an enforcement mechanism that would assure Beijing refrains from committing what White House Trade Advisor Peter Navarro calls China’s “seven deadly sins.” Those sins include theft of intellectual property, forced transfers of technology, cyberwarfare against computer systems, and heavily subsidizing China’s state-owned enterprises. The administration is loath to scale back its tariffs without enforceable assurances that Beijing will abandon these predatory practices.

Apart from the China problem, G7 member countries should be able to agree to mitigate real or threatened trade policies that could have a direct negative impact on their own economies. Trump’s call for an end to U.S. and EU tariffs, nontariff barriers, and subsidies—first issued at last year’s G7 Summit in Canada—would be a great place to start.

To achieve that very difficult goal, the toughest part would be getting rid of hugely wasteful agricultural subsidies on both sides of the Atlantic. Another irritant that should be reversed is France’s recently imposed “digital services tax,” which is obviously aimed at American technology companies such as Google and Facebook.

The United States and the EU could make progress on all of these goals in Biarritz. And progress could be made on bilateral issues, as well.

For example, Trump could promise the Canadians that he does not intend to withdraw the United States from the North American Free Trade Agreement before Congress approves its replacement, the U.S.-Mexico-Canada Agreement.

And the president should reassure British prime minister Boris Johnson of America’s commitment to a U.S.-UK free trade pact post-Brexit, and to urge European leaders to make the UK’s transition out of the EU as painless as possible.

The G7 summit affords Trump an opportunity to seize the moral high ground on trade, urging other G7 leaders to join him in reaffirming the values of market-based Western democracy and economic freedom.

And that high ground should not be surrounded by a protectionist moat.

James Roberts is a research fellow for economic freedom and growth at The Heritage Foundation.