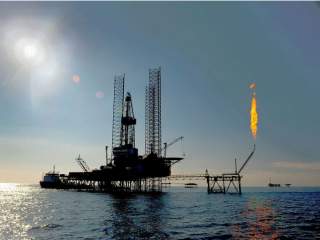 The current outbreak of animosity between Russia and Turkey has had many consequences. One consequence, in the economic sphere, has repercussions far exceeding bilateral ties: a project to deliver Russian natural gas—first to Turkey and then to Europe—has been put on hold. This project, known as Turkish Stream, has been struggling, but still was arguably much closer to fulfillment than any of the alternatives. Many questions remain: not only whether Turkey can acquire adequate energy resources without supplies from Russia, but more importantly, whether any other possible supplier can build on its existing bilateral cooperation with Turkey and bring energy resources (especially natural gas) to Europe via Turkey, thus pushing Russia aside as a major supplier to Europe.

Consumption of natural gas in Turkey has steadily increased during the last few years and reached 1.7 trillion cubic feet in 2014. Almost all of this consumption is satisfied by export, primarily from Russia (57 percent in 2013). The growth of natural gas and energy consumption in general has been followed for the several last decades by stable and significant growth in Turkish economy. There is no reason to suggest that this positive trend will soon stop. However, at the same time, according to the U.S. Energy Information Administration, “because of rapid demand growth, Turkey's annual natural gas consumption is approaching the annual capacity limits of the country's import infrastructure (pipeline and LNG [liquefied natural gas]).”

Considering all this, it comes as no surprise that Moscow and Ankara were negotiating the deal for the Turkish Stream. For Turkey, it was continuation of cooperation with a familiar partner. For Russia, it was plan B after the South Stream project died—a new pipeline would provide capacity to increase export to Turkey and bring Russian natural gas to the border of Turkey and Greece, the doorstep of the European Union. The last fact is especially important: Russia accused Brussels of pressuring Bulgaria to stop the construction of South Stream. Since Turkey is not an EU member, Brussels would have had no say in the Turkish Stream project. After its construction, European consumers would have to decide on their own if they wanted to buy Russian gas from the Turkish Stream on the EU border.

Now one has to reevaluate the entire situation. The first question is: what are Turkey’s gas alternatives? Speculations are multiplying; there even have been suggestions that gas from Israel could come to Turkey and later to Europe, although Turkish officials are eager to dismiss the idea. What other countries are in line to supply their natural gas to Turkey? Considering their political understanding with Ankara, Saudi Arabia and Qatar would be interested, but with the war in Syria and Shia-dominated government in Iraq, building a pipeline is not feasible, and LNG deliveries are always complicated and extremely costly.

The next option is Iran. Bilateral relations here are complicated, to say the least. But Iran is Turkey’s neighbor, and enjoys the second-largest natural gas reserves in the world. In addition, the process of lifting international sanctions has been launched. Whatever grudges exist between Tehran and Ankara, the European Union and its major members are eager to improve relations with Iran. In that context, Turkey might be mobilized by Europeans to become a bridge between Iranian gas riches and European customers. That seems plausible, considering the decade-long discussion on how Iran could help reduce Europe’s dependence on Russian natural gas.

Before this happens, there are numerous obstacles to overcome. These range from the fact that there are simply no new pipelines (not to mention LNG infrastructure) to bring Iranian gas to Europe or even to neighboring Turkey, to questions of whether the Iranian gas industry will be ready to implement this immense task. It is obvious that after years of sanctions, the Iranian gas industry is far from being the most modern and efficient. And when evaluating the prospects for Iranian oil and gas, one should not forget the fact that Iranian energy sector is shaped by the nature of the Iranian state. In this regard, it is worth citing research published in 2013 by the Oxford Institute for Energy Studies, concerning the underlying reasons for Iran’s inability to become a major exporter of natural gas: “While sanctions might appear as the obvious answer to the puzzle, the paper showed that for most of the period until 2010, they only had a very modest impact. For years, European companies have been actively engaged in the Iranian energy sector. Thus, the central finding of the paper is that domestic factors are crucial to the understanding of Iran’s failure to become a major gas exporter.” The author of the study, David Ramin Jalilvand, names the following factors: factionalized political economy, subsidies, objections to foreign participation in Iran’s energy sector and policy and institutional conflicts.

No doubt these problems can be dealt with, and an access to world markets for Iranian oil and gas will contribute to global energy security. However, at the moment, we cannot say that Iranian natural gas will easily and quickly satisfy growing Turkish demand, thus paving its way to European markets.

The only country left to implement this task is Azerbaijan. Azerbaijan and Turkey are neighbors with good political relations, and are building together the Trans-Anatolian Natural Gas Pipeline (TANAP), which is intended to bring Azeri natural gas to Europe. It is no coincidence that when the crisis in relations between Moscow and Ankara started, Azerbaijan and Turkey announced that the construction of TANAP would be sped up. Initially it was to be completed by 2018. The new completion date has not been announced, and it would be too optimistic to consider the pipeline a done deal to eventually deliver a heavy blow to Russia’s presence on the European gas markets.

Questions abound. Will Azerbaijan be able to hold to its export promises? We know that the giant Shah Deniz field is planned to be the main source of gas for TANAP, and that earlier this year the other pipeline that carries Azeri gas—the Trans Adriatic Pipeline—received an extension of its exemption from the EU’s third energy package. The latter took place due to the postponement of gas deliveries to Europe from Shah Deniz Phase 2, which is also intended to supply TANAP. We also know that during the last decade, with the change of its geopolitical priorities, Georgia switched from Russian to Azeri natural gas. But today there is information about possible talks between Tbilisi and Gazprom over an increase in the Russian supply, which is currently 8 percent of Georgia’s import market.

Furthermore, the Georgian minister of energy emphasized that his country will have to buy gas from Gazprom if Azerbaijan does not increase supplies from Shah Deniz. Are there serious doubts that Azerbaijan will be able to stick to development plans for Shah Deniz? Will falling oil prices be a factor? After all, the Azeri national oil company SOCAR finances this development from oil revenues. How negative will be the consequences of the recent fire on the SOCAR oil rig, which accounts for 60 percent of the company’s production?

All these questions need an answer before considering a possible increase in the export of Azeri natural gas to Turkey and Europe. Politics is also a factor: despite more than twenty years of discussion about Azerbaijan’s great potential as a Russian gas competitor in Europe, relations between Moscow and Baku are still rather friendly—Azeri officials are very cautious in commenting on the possibility of increased rivalry with Russia, even after the start of Ukrainian crisis.

One can argue that the frozen Karabakh conflict gives Moscow additional leverage to hold Baku in check. Instead, considering SOCAR’s potential difficulties, we should ask if the time has come for the Azeri state company to accept Gazprom’s offer to buy Russian gas. If the latter happens, will Russian gas end up in TANAP? Or will Azeri domestic customers be using Russian gas when their own gas goes for export?

In any case, any of Turkey’s options to satisfy its demand for gas without additional exports from Russia would be costly and complicated. Soon we will see Ankara’s choice, and whether it will affect the market position of Russian gas in Europe.