George H. W. Bush Changed the World—But Not for the Better 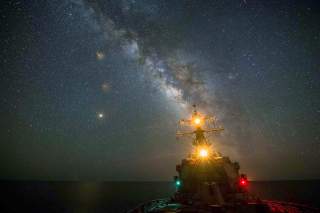 One-term presidencies are the dead ends of American politics. Such presidents, once the vehicle for the nation’s hopes are remembered only for taking the country down a path that should not have been taken. Two such recent presidencies, those of Herbert Hoover and James Carter, have become bywords for presidential failure. In stark contrast stands the last one-term president, George H. W. Bush. His passing in November was marked by salutations for his incomparable character and astute stewardship of U.S. foreign policy, namely his accomplishments in securing peace in Europe after a decades-long Cold War and leading a world coalition against aggression in the Middle East. His success as the Gulf War commander-in-chief, however, overshadowed and proved more enduring than his achievements as a Cold War peacemaker. Bush 41 indeed left “a world transformed” but not necessarily a Republic poised for peace.

In 1938, the world’s leading liberal democracies, Britain and France, conceded to the demands of a German dictator for the territory a sovereign country. Instead of achieving “peace in our time,” the agreement only abetted greater belligerence. Germany’s aggressions one year later plunged the continent into a second world war. Convulsed by unprecedented destruction and the Holocaust, the victorious powers vowed to never again appease an aggressor.

Between 1945 and 1960, successive American presidents presided over the reorganization of its defense establishment, the establishment of NATO, and the provision of assistance to states coping with communist insurgencies. When the Soviet Union attempted to blockade West Berlin, America immediately coordinated an airlift to supply the city. Unlike Czechoslovakia, the West would not concede one inch to the aggression of a dictatorship.

To compensate for the disadvantage in conventional forces, American presidents wielded the nation’s sizable nuclear arsenal as a deterrent. Threatening nuclear destruction succeeded in ending the Korean War and deterring China against Taiwan, but American leaders justifiably feared using conventional forces would only increase the possibility of a war—or worse a nuclear exchange—with the USSR. Even when a rebellion in 1956 presented an opportunity to liberate Hungary, America declined to intervene.

In 1960, a new generation of American presidents took office. To keep a promise to “bear any burden,” American leaders formulated a new defense approach called “flexible response,” whereby the use of conventional forces would be calibrated as needed. Instead of standing aside, as in 1956, flexible response would provide America with options beyond nuclear brinkmanship.

Ironically, the bid to increase America’s flexibility only obliged to the nation to apply the lessons of Munich more widely.

As it became evident that no amount of troops would defeat the Vietnamese communists, the war in Vietnam tragically deteriorated into a bloody quagmire. Back home, the nation tore itself as the antiwar movement denounced America as the true aggressor while supporters responded by excoriating them as anti-American appeasers.

After America’s humiliating departure in 1975, the lessons of Vietnam—the Vietnam Syndrome—supplanted those of Munich.

A new generation of leaders concluded the lessons of Munich had only led to calamity; moving forward, America would refrain using force altogether, even in the face of more direct Soviet aggression undertaken throughout the remainder of the decade. Concurrently, the U.S. military degenerated into a “hollow force.” When revolutionaries held Americans hostage in Iran in 1979, America abstained from using force for over a year. When America finally acted, the operation ended in humiliating disaster.

In 1980, dissatisfaction with this retreat led, in part, to the election of Ronald Reagan. During his two terms, Reagan reconstituted the military and re-committed the nation to containing communism. The Vietnam Syndrome nonetheless still prevailed. While staunchly anti-communist, Reagan only authorized minor operations in Grenada and Libya.

Critical to preserving the peace during this upheaval was the leadership of Reagan’s Vice-President, Bush 41. Bush’s integrity reassured Soviet leadership that relinquishing its satellites would not result in NATO moving eastward. Equally important, Bush 41 eschewed triumphalism, declining to celebrate communism’s disintegration. Bush’s masterful diplomacy ensured this world historical event was not marred by war or chaos.

This remarkably peaceful episode might have validated the Vietnam Syndrome but for Bush 41’s invocation of Munich in marshalling a coalition to reverse Iraq’s conquest of Kuwait in 1990. Many Americans worried military action could result in another Vietnam, but America’s reconstructed military achieved a victory that astounded even the president.

Fatefully, Bush 41 then declared the Vietnam Syndrome “laid to rest.” In conjunction with the Soviet Union’s downfall, America no longer faced opposition, ideologically or militarily, to its foreign-policy objectives.

Inaugurating this new era would require a clear vision of America’s place in the world. Bush 41, notoriously uncomfortable with the “vision thing,” only vaguely announced the advent of a “new world order” premised on peaceful engagement and strengthened multilateralism.

Into the void, more ambitious voices arose. Scholars postulated the “end of history,” a “unipolar moment,” and a “clash of civilizations.” While divergent in disposition, they all essentially bestowed a global mission on America—to pursue continued dominance, to oppose anti-Western entities, to spread democracy, and to achieve justice.

A few lonely voices argued that the United States should finally become a “normal country” focused on “America First,” but such sentiments were eclipsed amid the euphoria of “winning” the Cold War and a “revolution in military affairs.”

Denied a second term, Bush 41 never had the opportunity to define, much less demonstrate, what a “new world order” would entail. More regrettably, Bush 41’s record of exemplary diplomacy and restraint was ignored in favor of tantalizing promises proffered by unprecedented military strength.

Ultimately, Bush 41’s legacy was an “Imperial Munich Syndrome” whereby engagement was rarely peaceful and multilateralism gave way to strident unilateralism and a default to intervention.

Indeed, over the next twenty-four years American intervention would be unrelenting.

The period was marked by acclamations of “indispensable nation,” “responsibility to protect,” and the benevolence of a “new kind of imperialism.”

The war in Afghanistan has lasted seventeen years, cost trillions of dollars, and persists to this day with no end in sight.

The incumbent president, Donald Trump may easily be Bush 41’s complete opposite in terms of temperament and experience, but his “America First” approach may finally mark the end of this unfortunate lapse into imperialism. The impetus to intervene remains as evidenced by the opposition to his announced withdrawal from Syria, but with the ascent of China and the return of Russia, engagement and multilateralism is more important than ever. Perhaps Bush 41’s unrealized proclamation of a new world order will indeed be fulfilled by his most unlikely successor.