Get Ready, America: High Oil Prices Could Be a Good Thing 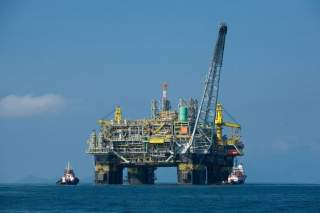 In the second half of 2014, oil prices plummeted, and most of the United States—and the world—cheered. Now, oil may have bottomed, possibly marking the beginnings of a comeback. The vaunted "tax break" from lower prices, and its positive economic effects, may be evaporating. But it does not appear the U.S. economy realized the majority of the benefits from lower oil. This is why if higher oil prices are on the horizon, it might actually be a good thing for the U.S. economy.

To date, lower oil prices have not been all that helpful. In the first quarter of 2015, GDP showed lackluster consumption growth. This should not be surprising. Before consumers are willing to spend the “gasoline stimulus,” they need to have confidence lower oil prices will stay low. For a decline in oil to matter, it's not enough for the price of oil to fall. It needs to remain low. Since oil has not been low enough for long enough, the economy has yet to feel the stimulus. There is some evidence households are using the savings to pay down debt, but little evidence that it's increasing economic growth. Households have yet to believe that oil will remain low. And there are reasons to believe households will be harder to convince today than in previous cycles.

The economic rhetoric has been focused on the increasing demand from developed markets, and oil prices have been exceedingly volatile over the past ten years. Because of the rhetoric and how volatile the price of oil has been lately, it may take longer for households to alter their consumption habits.

There a few pieces of data that have seen an oil boost. Consumer sentiment indicators are elevated, and some of this is attributable to lower oil prices, but some is also due to lower unemployment and the feeling of a stable economic environment. And while the economic data underlying the reasoning is suspect, the news still positively influences consumer sentiment. It should not be a surprise, then, that lower oil prices have yet to really benefit the underlying U.S. economy. Households may require longer time periods to trust low oil prices will remain depressed.

The U.S. economy does not have the same relationship it once had with high oil prices. Not long ago, higher oil prices threatened to cut short economic expansions. To the contrary, the United States has now become a pseudo-petrostate, and oil patch job losses came swiftly as the rig count fell. Companies react far more quickly than households, and they slashed payrolls quickly. It could get worse, granted. But the U.S. economy has already felt some of the possible pain of oil's downside.

Higher oil prices allowed a number of U.S. regions to grow quickly, and those regions drove much of the growth in the U.S. economy out of the Great Recession. As oil has fallen, so have the growth rates in the regions. Texas gets much of the attention, but others have greater concentrations of oil for their growth. The reason Texas gets much of the attention is simply its size and recent rapid growth in GDP and jobs. This was particularly noticeable when Texas job growth sputtered in March, and dragged the national statistics down with it. The shale boom was a significant boost to the recovery, and it's absence is already beginning to be felt.

As a consequence, the U.S. economy is waiting for the benefit, and already felt some of the pain. But this leaves the U.S. economy in an intriguing spot. Since it's already taken the pain, there is incrementally less to come if current prices persist. Households haven't spent the savings, so prices increasing would not be the typical headwind to growth. Instead, reasonably higher prices would stem the job losses in the oil sector without damaging the consumer much at all. This dynamic places the U.S. economy in a strong position to handle higher oil prices. Putting it together, a moderate rise in the price of oil may strengthen, not weaken, the U.S. economy.