Get Ready for the Economic ‘Frustflation’ of the 2020s 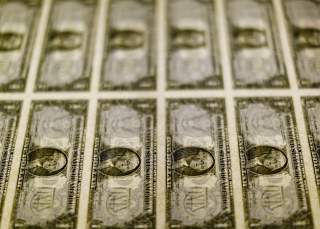 The 2020s will be remembered as a battle for inflation. For better or worse, inflation targeting is the favorite policy aim of developed country central banks. And it is difficult to find a successful monetary policy authority over the past decade. The 2020s will be remembered as the era where the failure of central banks to hit their mandates turned into frustration. It will be a decade of “frustflation.”

From the “stagflation” of the late 1970s and early 1980s to the Great Moderation that followed, there is a fetish of naming different regimes with witty titles. Is it too early to predict the naming of the 2020s? Of course. But that will stop almost no one.

Unlike the insidious nature of stagflation, frustflation is innocuous. Stagflation’s persistently high inflation and unemployment mixed with weak demand was cause for concern. Frustflation’s mix of low unemployment, low inflation, and low growth is not toxic, but it will certainly frustrate central banks.

The Great Moderation followed in the wake of stagflation. Moderating inflation pressures and interest rates interacted with far less volatile economic growth for the better part of twenty years leading up to the Great Recession.

Since the Great Recession, a myriad of economist forecasts have attempted to foresee the future. Impending runaway inflation due to central bank interventions is a favorite. Meanwhile, inflation has done the complete opposite. Instead of sparking the return of stagflation, central banks have been generally unable to generate any sustained rise in inflation. All the quantitative easing and low or negative interest rates that central banks could muster brought about disappointing inflation.

There is no sense in debating whether inflation targeting is a “good thing” or a “bad thing.” It is what it is. Debating over it is an intriguing intellectual exercise, but that is about it. The same can be said of the inflation gauges used to measure inflation and policy effectiveness. Could something better than core PCE be used as a measure? Yes. Does that matter? No.

The bottom line is central banks target inflation, they have egregiously missed their targets for a decade, and they use debatable indexes. Those are simply the rules of the game.

With the rules of the game known and central banks missing the mark, they are back to the drawing board. The Fed is undergoing a review of its monetary policy. And the review does not focus on how to contain inflation pressures. Instead, the review focuses on how to stoke them.

This might be the most underappreciated part of the early part of the new decade. The Federal Reserve of the United States is struggling to find ideas on how to increase—not decrease—inflation. Inflation worries are one-sided, and that one side is down.

There are plenty of ideas on how the Fed should about its frustflation problem. Allowing for inflation to “catch-up” is one of the more popular ones. This would simply mean stepping aside and allowing inflation to run above its 2 percent target to compensate for the time spent below 2 percent.

Regardless of how the Fed decides to tackle frustflation, it is going to have to do so with the memory still alive of the more than decade long tenure of stagflation. The narrative of loose monetary policy elicits memories of the precursors to more than a decade of high inflation and elevated unemployment. Escaping the mentality of rampant inflation lurking around every corner is not easy.

However, this is exactly why frustflation is the new modus operandi. Unemployment is currently 3.5 percent, and inflation is around or below the 2 percent target as growth meanders around 2 percent. In no way does this describe the horrors of stagflation.

Why does it matter that the 2020s are the decade of frustflation? Because the implication is more creative monetary policy and more pressure on fiscal policy to perform. Low-interest rates are not a quickly passing phenomenon relegated to the 2010s. They are here to stay until inflation arrives. And, once inflation arrives, not leaving the party.

Indicative of the consequences of frustflation is the inability of the Fed to maintain a 2.25–2.5 percent range for the fed funds rate. The Great Recession was far behind in the rearview mirror, but a 2.5 percent fed funds rate imperiled the economic expansion and inflation expectations cratered.