Give North Korea a Safe Way to Back Down 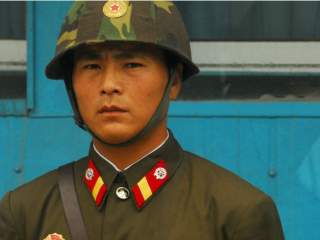 A cardinal principle of strategy holds that if you do not wish to precipitate a conflict, then you should leave adversaries a face-saving way to back down from provocations. This is especially true of nuclear-armed family tyrants like Kim Jong-un.

This is why Seoul needs to reflect further on its announced resumption of propaganda broadcasts into North Korea. Piping loud music up to twelve miles into North Korea helped achieve the desired political objective of walking Pyongyang back from the brink in the aftermath of the maiming of two ROK soldiers on patrol last August. But the fourth nuclear test offers a different context from last August’s land mine incident.

Land mines offered plausible deniability, and when pressed, Kim Jong-un could make the concession of returning to talks without a personal loss of face. But there is no way for the young general to climb down from his regime’s hyperbolic “H-bomb of justice” claim. That means that the Blue House has no governing principle for allowing broadcasts, once resumed, to stop without President Park Geun-hye to suffer a political setback. Moreover, if the broadcasts persist over time, both domestic and international voices will gradually redirect their ire on Seoul rather than the nuclear culprit in Pyongyang.

In order to avert an unnecessary crisis, Seoul needs to move smartly on further reflection to articulate a multi-layered strategic response to the growing dangers posed by North Korea’s mounting unconventional forces, especially nuclear weapons, missiles and cyber warfare. While Kim has promised these as relatively cheaper means than maintaining a vast and ready conventional military (something that undoubtedly rankles some North Korean military officers), he is heading to a rare party congress later this year to bolster the elite political institution known as the Korean Workers’ Party. His use of this congress is no doubt in order to have a second institution, for use as a counterweight against the all-powerful military. By playing one off the other, he can hope to gain maximum leverage to consolidate and perpetuate the Kim family dynasty, with Kim Jong-un at the center.

South Korea can respond in the short, medium and long terms with a multifaceted strategic plan that includes the following elements.

First, President Park can work with United Nations Security Council powers to pass a new resolution that will empower two types of sanctions: those that could nudge China to freeze at least some of the bank accounts of the Kim family, and those that would empower the international community to crack down on North Korea’s illicit global trading regime. Iran was far more heavily sanctioned than North Korea is, and this fourth nuclear test should find meaningful rather than symbolic sanctions and law-enforcement measures that Kim Jong-un will feel directly.

Second, the United States and the Republic of Korea should undertake a show of force to bolster deterrence. This might entail the use of strategic bombers in not just one quick overflight but a short-term joint exercise and rotational presence on the Korean peninsula. Announcing the limited duration will help ensure that North Korea will have little logical recourse but to live with it, but Seoul and Washington will end it on its own terms. And Pyongyang will have been reminded that U.S. strategic bombers are just hours away.

Third, South Korea should strengthen its missile defense and early-warning capabilities. This may be the right time to introduce at least one Terminal High-Altitude Area Defense (THAAD) battery from the United States. This is also a good time to advance a real intelligence-sharing agreement with Japan, not the diluted information-sharing accord agreed to just over a year ago.

Fourth, South Korea should work with the region, including in northeast Asia but also through the larger East Asia Forum process, to create regional unity aimed at pressing North Korea to shift its dangerous nuclear trajectory. Practically speaking, this might integrate many countries in the region into a tighter monitoring and inspection regime that would help reinforce sanctions and law-enforcement measures, by inspecting all ships and aircraft to and from North Korea that could be carrying illegal goods or supporting money laundering.

Fifth, South Korea should rethink the propaganda broadcasts and replace them with a more comprehensive and strategic information campaign. This campaign would develop new means and double down on existing means of spreading facts about the lack of justice in North Korea (with gulags and summary executions for political opponents), the criminal mismanagement of North Korea’s leadership (with a quarter of a meager GDP being spent on the military) and the growing inequality between the average citizens of North Korea, on the one hand, and South Korea or China on the other. The positive message of this information campaign should focus on the bonanza that peaceful unification might bring to all Koreans. And the future may yet hold a genuinely surprising pronunciamiento, in the form of a military coup d’état within North Korea.

After a series of enhanced moves to squeeze a North Korean leader determined to threaten the world with nuclear weapons, we should be prepared for genuine diplomatic overtures from Pyongyang. Realistically, however, it will be easier to strengthen the ROK and its allies and friends than it will be shift North Korean behavior.

Thus, the bottom line is this: North Korea can and must be both deterred and punished for conducting a fourth nuclear test. But South Korea, along with the United States and other friends, should create its own exit ramps, so that it can modulate the level and timing of the pressure applied and diplomacy attempted. The worst thing to do would be to unintentionally force a desperate rat into a corner without an exit. This rat can only be dealt with safely over time and with the use of all instruments of power.

Dr. Patrick M. Cronin is Senior Director of the Asia-Pacific Security Program at the Center for a New American Security (CNAS) in Washington, D.C.