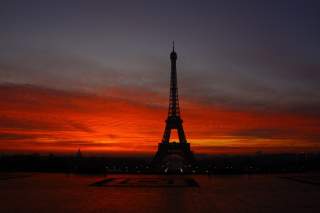 The horrible November 13 massacre in Paris perpetrated almost entirely by European passport holders has rallied European states to bolster security across the European Union, including tighter controls over migratory flows and cross border travel. The problem, however, goes beyond security and is, on the one hand, related to an unintegrated immigrant Muslim community, some of whose youthful members have fallen prey to the ideologies of Salafism.  This has made them identify with global Salafi-jihadi organizations, such as ISIS and Al Qaeda, at the expense of their allegiance to their countries. On the other hand, France’s crisis with members of its Muslim community is more or less linked to the country’s ambivalent Church-State relations.

French policy on church-state relations, including accommodation of religious practices, is governed by Laicite, or broadly speaking, the separation of church from state. Laicite originated as a form of political opposition to the monarchist Catholic Church under King Louis XVI. French revolutionaries outlawed most Catholic religious orders. Nevertheless, when Napoleon Bonaparte signed a Concordat with Pope Pius VII in 1801, Catholicism became the “religion of the great majority of French people,” and, therefore, not the established religion.

This changed when the French government issued the Separation Law of 1905, breaking with the Concordat and stipulating that central authorities would neither recognize nor pay salaries or other expenses for any form of worship, while at the same time banning religious signs or emblems in public space. But as French society, like those in Western Europe, has become more secular, French religious orders began to question the very concept of Laicite, especially as Paris and other European capitals directly or indirectly embraced the policy of multiculturalism as a societal vessel to accommodate the social needs of their growing immigrant community. Consequently, French society split over the concept of Laicite, whereby its interpretation fell along the lines of Strict versus Soft Laicite.

Supporters of Strict Laicite assert that the state should not concern itself with religious matters, and that it should neither impose nor forbid a creed. Whether a person believes in God or is an atheist is his or her personal business. Conversely, supporters of Soft Laicite assert that it is about the neutrality of the state, whereby Laicite is not about forbidding religion but rather it is about the state being on an equal distance from all religions. Some Christian, Jewish, and Muslim leaders, human rights advocates, and Gauche Plurielle (multi-cultural left) support Soft laicite.

These fault lines in French society deepened as members of the Muslim community have become more adept at mobilizing their community in the interest of upholding and “monotonizing” Muslim religious practices. L’Affair du Foulard (scarf affair) is a case in point. It underlined the ongoing debate over the concept and application of Laicite, and by extension over France’s “assimilationist republican” model of immigrant incorporation. This model is undergirded by the principle of Nation Une et Indivisible (One Nation and Undivided), which militates against the creation of a nation within a nation. In October 1989, three Muslim students were suspended from a public junior high school in Creil, Paris, for wearing the hijab (scarf). As the matter became a focal point for a heated debate over Laicite, a compromise was worked out whereby the students would be allowed to wear the hijab in the school but not in the classroom.

Emboldened by support from the proponents of soft Laicite, the students refused to remove the hijab in the classroom and were once again suspended. This intensified the debate and forced the government of Socialist Education Minister Lionel Jospin to instruct principals of public schools to engage in dialogue with Muslim students and their parents without expelling the students. The Teacher’s Union swiftly denounced the government’s directive. In response, Jospin called on the Conseil d’Etat to decide the matter. The Conseil issued an ambiguous statement to the effect that it is the concerned principal who will decide whether or not Muslim students are allowed to wear the Hijab in public schools. This delegation of authority to the local level has become the norm for other religious matters, including building mosques, across France’s major cities and provinces. So in theory, Paris embraces republican principles to assimilate immigrants and govern church-state relations. In practice, however, these principles have been undermined by a nuanced policy of multiculturalism that at one and the same time has neither been wholly successful in assimilating Muslim youth nor effective in applying the spirit or letter of Laicite.

Eventually, this ambivalent policy of Church-State relations allowed Salafism to pervade some unintegrated Muslim communities under the cover of multiculturalism and human rights. Unlike any other Islamist ideology, Salafism has historically emerged as an ideology asserting a) the creation of an Islamic state as a means to return to the authentic beliefs and practices of the first generation of the Salaf al-Salih (pious ancestors), whose main figures are Prophet Muhammad and the first four rightly guided caliphs; b) a distinctive approach to the texts of revelation based on a literalist, strict reading devoid of rationality, analogy and metaphors; and c) a particular understanding of God’s Tawhid (monotheism) oriented towards distinguishing a true believer from an unbeliever. This ideology has inherent ambiguities and contradictions, which have been more or less underscored by a disagreement among its members over how to bring about the utopian Islamic state. Consequently, Salafism split into three movements sharing the same ideology but at odds over which methodology to pursue in order to create the Islamic state.

Those whom I refer to as the quietist Salafists believe that Muslim society is not yet ready for the creation of the Islamic state. Therefore, they are apolitical and favor creating first a faithful Muslim society through indoctrination and education as a precursor to the Islamic state. The harakis or activists assert their claim to politics on account of what they consider the miserable failure of the politics of Muslim rulers, especially in the Kingdom of Saudi Arabia. And finally the Salafi-jihadis who believe that change in Muslim society could only come through jihad and that quietists and activists are wasting their time.

Significantly, quietist and activist Salafists have been heavily engaged in propagating their ideology among the troubled and alienated youth of Europe. Paris has been the destination of many Salafists, including Algerian Salafists who escaped the civil war in the 1990s. In fact, Al Qaeda in al-Maghreb emerged from an Algerian Salafist group.

Ominously, these Salafist missionaries, some of whom supported by Arab Gulf countries, begin their Da’wa (propagation of Islam) with an effort geared not towards the recognition of Islam in France, but rather towards the revival of the practice of Islam, according to their ideology, among Muslims. Next, they promote a legal theory meant to resolve conflicts and issues facing Muslims within the context of Muslim Jurisprudence so that Muslims could retain their identity. Meanwhile, they underscore the ideology of Salafism as the only acceptable manjah (methodology) to living as a Muslim. This has served to place Muslim (Salafi) identity above all others and indirectly promoted the agenda of Salafi-jihadi organizations, be they Al Qaeda, ISIS or Ansar al-Shari’a. It is no coincidence that Mohammed Merah, the twenty-four-year-old French of Algerian descent, who murdered in March 2012 three French soldiers and Jewish students at a Jewish school in Toulouse, had been linked to the Salafist organization Forsane Alizza (Cavaliers de la Fierte); Cherif Kouachi, the perpetrator of the Charlie Hebdo massacre, had been linked in prison to the Salafi-jihadi ideologue Djamel Beghal; and Sami Amimour, the Bataclan theatre killer, had been linked to Salafists in a mosque near his hometown of Drancy.

Clearly, thanks to France’s ambivalent church-state relationship, Salafism has created a counterculture in Paris (among other European capitals) not only deepening the weakness of the allegiance of Muslim youth to the national French Community, but also creating an emotional distance between Salafists and non-Salafists. Salafism’s appeal rests with the vision of building an alternative superior community based on the unity of God (tawhid), whereby only Salafism stands at the center of the world and embodies a sacred history. According to this sacred history, non-Muslims are unbelievers, non-Salafists are deviants, and only Salafists constitute the victorious sect, which will eventually emerge following the fateful battle between believers and unbelievers. Fighting unbelievers, therefore, is not merely a response to a social or political grievance but a legal obligation. This explains the deference, rather than the inspiration, Salafi-jihadi leaders, be they from ISIS or Al Qaeda, rely upon to order their followers to commit terror acts.

True, ISIS has created the long-awaited so-called Islamic state. Nevertheless, Salafism, which has taken advantage of France’s ambivalent church-state relationship, has created the social environment that helped transition alienated European Muslims into joining ISIS. This is the root of Europe’s security crisis with its alienated Muslim youth community. So long as Salafism, in all its ideological stripes, is left unchecked, and France’s republican ideals are violated, no security measure can conclusively safeguard the capital of Enlightenment.