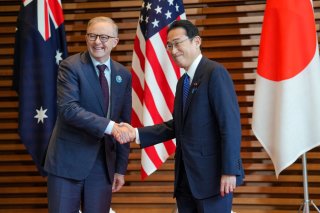 Japanese prime minister Fumio Kishida had quite a tight schedule at the G7 and NATO summits held in Spain in end of June. As the third-largest economy in the world, Japan’s participation in G7 is nothing special; what was unique is that Kishida, on behalf of Japan, joined the NATO summit for the very first time in Japanese history. Moreover, he seized the opportunity to have multilateral or bilateral meetings with a host of countries, including the United States, South Korea, Australia, New Zealand, Germany, Spain, Senegal, South Africa, Sweden, France, Canada, Argentina, the United Kingdom, the European Council, and the European Union. One critical idea he repeatedly stressed in those meetings was “Ukraine today may be East Asia tomorrow”—even through his attempts to draw attention to East Asia coincided with his efforts to consolidate the unity of those countries’ support to Ukraine. Japan, simply put, has demonstrated a high level of agency in global security affairs.

Some may argue that Japan’s dazzling proactive behavior in Europe is driven by Tokyo’s “realism in the new era,” a concept advocated by the Kishida government since December 2021. It requires Japan to promote universal values under the flag of international relations realism to contain China’s aggressive political and territorial ambitions in the Indo-Pacific. This explanation, however, is imperfect. Japan has been expanding its role in global security affairs for about a decade, starting with Shinzo Abe and continuing through the governments of Yoshihide Suga and now Kishida. Instead of a cause, Kishida’s realism in the new era is more like a result—an outcome of a fundamental change in Japan’s state identity.

State identity is a collective perception of government officials on what their state is, what its interests are, and how it should behave. As Erik Ringmar puts it, “it is only as someone that we can want something, and it is only once we know who we are that we can know what we want.” Japan’s past state identity was best characterized as a passive order-taker of the U.S.-dominated rules-based international order. Influenced by its war guilt and the economic benefits of the Yoshida doctrine, Japan minimized its role in global affairs for most of its post-World War II history, despite being an economic and technological giant. Japan was involved in international crises such as the North Korean nuclear and Third Taiwan Strait crises, but, instead of leading, Japan generally followed the leadership of the United States.

Japan’s state identity transformation took place in the Abe era. The early 2010s were transformative for East Asian geopolitics, during time which China started to show its territorial aggressiveness toward the East and South China Seas while the United States’ security commitments were perceived by many in East Asia as erratic if not retreating. The uncertainty about Japan’s future security environment led Abe to declare at the Center for Strategic and International Studies in 2013 that Japan would never become a second-tier country: it would instead bear more responsibility for defending universal values and the rules-based order. “A rules-promoter, a commons’ guardian, and an effective ally and partner to the US and other democracies, MUST Japan be,” said Abe. Since then, the idea that Japan should be a “proactive international order maintainer” has gradually emerged in Japan’s defense white papers, diplomatic bluebooks, and National Security Strategy. Ultimately, this new state identity has become common rhetoric in Japanese political elites across different parties and factions. Because of Japan’s changed state identity, in past years it has demonstrated robust balancing behavior against China to prevent China from altering the international order in its favor. The Comprehensive and Progressive Agreement for Trans-Pacific Partnership (CPTPP) and the Quadrilateral Security Dialogue (QUAD) are both cases in point.

More importantly, Japan is not the only country that transformed its state identity and is now balancing China in the Indo-Pacific. Another clear case is Australia. Unlike Japan, Australia does not have a history of limiting its global participation, but it has still generally followed the lead of the United States. As a loyal U.S. ally, Canberra has joined every major war that the United States has fought in the past century. Leaders in Canberra never thought that one day they might need to defend themselves or defend the international order on the Americans’ behalf. Australia’s “Abe moment” occurred around 2016, when Australians engaged in what Rory Medcalf called the Great Australia China Debate. During this debate, Australian policymakers, academics, and society seriously reassessed the true nature of China and how Australia should respond. As a result, Australia redefine China as a hostile country determined to make Australia surrender its sovereignty. A bipartisan consensus emerged: Australia needed to be more proactive and self-reliant to safeguard its sovereignty in the era of a more demanding China and an unsteady United States. Former Prime Minister Malcom Turnbull voiced loudly: “the Australian people stand up [against China].” Australian efforts to balance China internally as well as externally has been the strategy exposed by leaders like Turnbull, Scott Morrison, and Anthony Albanese.

A third country that has experienced a similar state identity transformation is Taiwan. Taiwan’s old state identity during the Ma Ying-jeou era was that of an order-taker, exhibiting an unambiguous hedging strategy in the U.S.-China competition in Asia. It enthusiastically improved economic ties with China while simultaneously welcoming the U.S. policy of rebalancing Asia. Then Taiwan had its own Abe moment after China began increasing its diplomatic and military pressure against the government of Tsai Ing-wen and Taiwanese officials observed that the United States was seemingly unable to stop it. To make Taiwan’s situation more perilous, some leaders in Taipei interpreted the first two years of the Donald Trump presidency as the United States being eager to make a deal with China by sacrificing Taiwan’s interests, as recorded in John Bolton’s memoir, The Room Where It Happened. Faced with a similar, if not more perilous, security environment than that of Japan and Australia, the Tsai government pushed for self-reliance in 2018. Nowadays, ideas like “our country can only be saved on our own,” “defending Taiwan is our own responsibility,” “helping others who are also under Chinese pressure,” and “Taiwan is a force for good in the international order” have become common language used by Taiwanese political elites as well as members of society. Due to this changed identity, Taiwan has put great effort into strengthening its security ties with like-minded countries and pursuing a stronger self-reliant defense capability.

Japan, Australia, and Taiwan’s balancing strategies have profound implications for international relations theories and the future of politics in the Indo-Pacific. A decade ago, international relations scholars tended to agree that a hedging strategy would be the most prevalent strategy for East Asian countries stuck in the middle of a U.S.-China rivalry, because those countries economically rely on the Chinese market while simultaneously having security ties with the United States. However, Japan, Australia, and Taiwan have defied this prediction. The fundamental driver of their internal and external balancing behaviors is their respective changed state identities, which have resulted from anarchical characteristics emerging slightly in this region in the 2010s. Under anarchy, states need to be self-sufficient. Decades of regional globalization and economic interdependence after the Cold War were not able to rewrite this iron rule. Abe, Suga, Kishia, Turnbull, Morrison, Albanese, and Tsai are no exceptions. For this reason, the three new state identities share many similarities: being more self-reliant, proactive, and linking with other like-minded countries to balance against China. Hedging scholars missed the impact anarchy would have in the case of a U.S. retreat. From a social constructivist perspective, if this new established state deepens and is reinforced by how the three states interact with one another, we may see these three countries remain steadfast order maintainers across different governments in the future. It appears that the age of hedging is over.