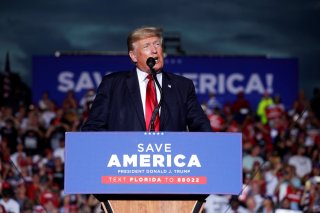 MOST REALIST international relations theories (and even most liberal ones) follow some fundamental assumptions—that the world is anarchic without a global policeman and global hegemony is unsustainable. Nation-states, the primary units of international politics, seek to survive in that anarchy. Of them, great powers are the main actors. States seeking hegemony are often balanced, as balancing is the norm. The system is amoral and Darwinian, and most hegemons overstretch and collapse, though some smart powers successfully retrench, or even “buck-pass” to other states during times of stress. Different schools of realism can, of course, claim and predict different ways on whether and how states seek survival. Some would argue that states are power maximizers, while others would argue that states are overwhelmingly security maximizers. Different schools of realism also conclude different behavior even while analyzing from the same theoretical baseline. For example, all realists agree that China is the biggest potential threat to American interests. Some might argue that the United States needs to arm Taiwan and balance China actively by facilitating an alliance network in the Asia-Pacific. Others might prefer the United States to be “offshore balancers” and buck-pass the security burden to regional powers, drawing attention to the fact that China is practically alliance-less and is surrounded by powerful and rich states (most of them ideologically aligned with the United States or opposed to potential Chinese hegemony), one with nuclear power and all with large navies. The Asia-Pacific in 2021 is dissimilar to a broken Europe in 1949, susceptible to an expansionist Soviet Union.

Regardless, all realists agree that America is a very secure great power, with a geographical advantage and hemispheric hegemony, and overwhelming aggregate power compared to peer rivals. Most top universities are in the United States, as are most top defense industrial sectors, businesses, and companies. The United States still commands the global commons and is the primary destination of trade, and while there might be trade rivals such as the EU and China, it is unlikely that there will be a great power challenger that will topple America from its perch at least in the near foreseeable future. Commensurate with the logic of realism, there are two regions that are of primary interest for American strategic security: Western Europe and the Eastern Pacific. If dominated by a rival hegemon, these regions can make the American coastline vulnerable and can result in consolidated economic power in rival hands, overwhelming American trade. In other words, these are regions where the United States did and would again do anything to prevent an expansionist hegemony of a peer rival. That said, there are no threats of Russian armor sweeping through the Belgian meadows anytime soon, nor is there any likelihood of Chinese marines landing in Japan and Australia in a war of expansion. If China starts a war with India, Taiwan, or Vietnam, it would at worst be bogged down in a gruesome war of attrition comparable to World War I, and at best be mired in a bleeding long-term counterinsurgency far worse than Iraq and Afghanistan. Either of these scenarios would almost certainly end any potential Chinese expansionism.

One of the reasons China grew so powerful is because it hasn’t fought a war since 1979. Meanwhile, almost all problems that the United States currently faces are domestic, ideological, and interrelated. Primary among them are the declining education standards; activist teachers and culture war; the collapse of increasingly partisan institutions, with subsequent diminishing public trust in them; an increasingly cocooned elite out of touch with their own countrymen, leading to faulty analysis, policies, and conclusions; massive migration problems on the southern border; fraying social contract; and an ideologically neoliberal-neoconservative duopoly, most of whom are more determined to ensure women’s rights in a semi-feudal backwater than solve matters like the crippling addiction problem within their own country.

While realists historically focused on human interests, modern academic realism is more aligned to structural analysis, often at the cost of ignoring domestic unit-level variables. Kenneth Waltz, for example, argued that a theory of realism in international relations should only be focused on systemic behavior, and not on individual states and their foreign policy predictions—a claim he himself repeatedly undermined. Nevertheless, most academic realists, as a result, are obsessed with theoretical studies. Likewise, no policy realist will ever satisfy the academy, as policy invariably needs to take into consideration messy compromises. Daniel Drezner wrote a few years back, by the standards of ivory tower realists, “there will only be a realist president if that elected official got a Ph.D. in international relations from the University of Chicago and then hired the ghost of George Kennan to be secretary of state. It’s too restrictive.” Likewise, Justin Logan has asked,

The vast majority of realists opposed the war in Iraq, opposed the surge in Afghanistan, and support pressuring the Israelis to stop expanding settlements and cut a deal with the Palestinians. Given the alleged prominence of realists in Washington, how come they’re constantly losing arguments?

Drezner also demonstrated in his writings that the American tradition is of small-r republicanism, and the majority of the American people seemingly have realist sympathies. They have repeatedly voted for the presidential candidate who was more restrained than his counterpart. “The persistence of the anti-realist assumption might be due to an ironic fact: American elites are more predisposed towards liberal internationalism than the rest of the American public.” Nowhere was this disconnect more prominent than during the election of Donald Trump.

TRUMP, FOR the first time, started speaking in the crude language of amoral power, which should have given realists some satisfaction. The only academic realist to come out in support of candidate Trump was Randall Schweller in Foreign Affairs, and almost no policy realists other than Nadia Schadlow in the early days of his administration, and Douglas Macgregor and William Ruger in the final days, joined the Trump administration. In fact, Trump, for all his bluster, was constantly betrayed by his own administration, by the people he himself hired, including John Bolton, James Mattis, and H.R. McMaster, all of whom repeatedly opposed the president’s retrenchment instincts from the Middle East and Afghanistan.

This was the central paradox and puzzle of the Trump era: was he ill-served by the establishment, for lack of a “counter-elite” who could follow his campaign policies, or was he simply not smart enough to understand that he was being knee-capped? It now appears that the president was indeed frustrated. ABC News reported, “Picking Ruger was one of several personnel moves Trump made during his final months in office to put in place a team committed to one of his top policy goals: a complete U.S. military withdrawal.”

The total withdrawal was finally executed by President Joe Biden, who did what Trump couldn’t manage: go against his own military brass and argue in a language that was heavily criticized by the same foreign policy elite but which was completely in line with the public opinion. Blaming the Afghans for their own incompetence, dishonesty, corruption, and failure, Biden argued, sounding suspiciously like Trump to some observers, that “there’s nothing China or Russia would rather have, would want more in this competition than the United States to be bogged down another decade in Afghanistan.” He added that, from now on, the era of nation-building was over, and the United States will only embark on wars with clear, achievable goals and a fixed end date. His assessment of Afghans was shared by an unlikely source. The German defense minister also argued that it was the Afghans who “did not defend these achievements in the way we had hoped they would,” and that the Afghans who did not assume full responsibility for their security. It was a polite way of saying that the Afghan security forces, with a four-to-one advantage over the Taliban, surrendered and simply switched sides; At the end of the day, the Afghan men didn’t want to protect their women from Taliban rule and a massive number of draft-age men simply fled the country and did not fight.

Compare this Trump-Biden realism to the establishment reaction. One former NATO chief argued in Foreign Affairs that it was a mistake to leave Afghanistan because “…an entire generation has experienced an Afghanistan where girls were able to go to school and civil society flourished.” Fred Kagan of the American Enterprise Institute was apoplectic in the pages of the New York Times as was Bill Kristol on Twitter. Mark Malloch-Brown, the president of the Open Society Foundation, contended that the crusade against a misogynistic Taliban should continue and

…donor governments and private funders must back the local Afghan groups and individuals who have been courageously speaking up for good governance, the rule of law and human rights. They include women’s groups, independent journalists, and voices representing religious and ethnic minorities whose views must be reflected in any negotiation between the government and the Taliban.

The list goes on. Former Secretary of State Madeline Albright tweeted about how America should continue to focus on saving Afghan women’s lives, a sentiment echoed by a hyper-emotive Mark Milley, David Petraeus, and H.R. McMaster, as well as prominent liberal think tanks.