The Great Coronavirus Economic Crisis Is Far From Over 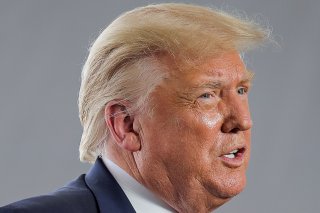 As if there could have been any doubt in our coronavirus-ravaged economy, it is now official. Today’s truly dismal GDP numbers confirm that not since 1958 have we had as deep a quarterly dive in economic activity as we have had in the quarter that just ended. This is all the more depressing considering that these numbers coincide with the recent resurgence in the pandemic that could now snuff out our nascent post-lockdown economic recovery.

Much in line with the expectations of analysts, today’s numbers show that in the second quarter of this year U.S. output collapsed by 9.5 percent over the previous quarter or by almost 33 percent at an annualized rate. At the same time, little comfort was to be derived from the weekly jobless numbers that ticked upwards to more than 1.4 million. This implies that we still have around thirty million people receiving unemployment benefits at a time that the $600 weekly supplement for those benefits is due to expire tomorrow.

The pandemic’s resurgence, coupled with indications that the economy is plateauing, makes it all too likely that for 2020 as a whole the U.S. economy could decline by at least the 8 percent that the International Monetary Fund is currently projecting. Such an outcome would be more than twice the decline that the U.S. economy experienced during the Great Recession of 2008–2009.

The Trump administration has been hoping that upon lifting the lockdown the United States would experience a very sharp V-shaped recovery. However, it has failed singularly to back up that hope with a coherent coronavirus strategy that would allow the economy to return to normal any soon.

Absent a coherent national strategy of targeted lockdowns, testing, and tracing, there has been a resurgence in the pandemic. Still in the first wave, the U.S. daily rate of coronavirus infections has increased from its earlier April peak of around thirty-five hundred to its present level of around seventy thousand.  As a result, with only 4 percent of the world’s population, the United States has managed to account for 25 percent of the world’s coronavirus infections and deaths. Meanwhile, Donald Trump’s health experts are bracing themselves now for a second wave in the pandemic later this fall.

The pandemic’s resurgence, coupled with dire warnings about a likely second wave, now seems to be halting in its tracks the economy’s very strong bounce from its second-quarter collapse. As  Federal Reserve Chairman Jerome Powell has noted, high-frequency economic data on consumer demand as well as disappointing employment figures are suggesting that the economy might already be plateauing at an unacceptably high unemployment rate.

It is not just that large Southern states and cities appear to be rolling back at least in part the earlier lifting of their lockdowns. Nor is it only that schools and colleges are increasingly pushing back their scheduled date of reopening which could complicate peoples’ return to the workplace. Rather it is also that individuals are adjusting their behavior in a manner that is putting renewed pressure on those very sectors of the economy that have been hardest hit by the pandemic. With the pandemic raging, they once again appear to be increasingly reluctant to travel, frequent restaurants or engage in indoor shopping.

A stuttering economy now would heighten the prospect that the U.S. economy will soon face a massive wave of bankruptcies. It will do so as high unemployment puts unbearable strain on household finances and as additional stress is placed on those companies in the travel, restaurant, retail, and entertainment space. It will also do so as the domestic shale oil sector is decimated by low international oil prices and as the real commercial property sector is challenged by excess office space and by vacated shopping malls as people increasingly choose to work remotely and to shop online.

All of this points to the desperate need for a more coherent U.S. pandemic strategy at the federal level than we have had to date. It also suggests that if we are to avoid a double-dip recession, Republicans and Democrats need to put aside their differences and agree upon soon an additional fiscal stimulus package.