The Great-Power Consequences of the Coronavirus 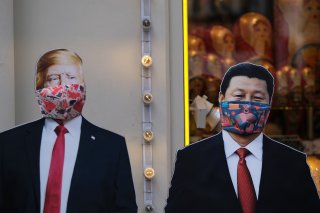 The time has come to look at the long-term consequences of the coronavirus.

Economic globalization loses its primogeniture. Nation-states no longer see the global system and its institutional framework as a suitable framework for solving problems. Very little has been heard from the United Nations. The World Health Organization (WHO) failed to raise the alarm. The International Monetary Fund (IMF) has undertaken no effort to map out an agreed global economic policy, mainly because member states have not asked it to do so.

The United States and China no longer see globalization as benefiting both and no longer trust each other. Each of them fears dependence on the other one. From “friendly” competitors inside the system, they accuse each other of abusing the system.

Nation-states re-emerge as a guarantor for citizens security and welfare⁠⁠—a role that was undermined during economic globalization. The coronavirus unmasked the noneconomic costs of dependency on the global system opening the door for autarchy, albeit in most cases watered down. The search for medical equipment, which in some cases turned into a scramble, served as an eye-opener. The United States discovered that 30 percent of generic drugs accounting for the large majority of prescriptions are imported from India, which in turn, imports 68 percent of raw material from China. In another sector, data systems, the world has for some time seen the United States on a major offensive to block the Chinese company Huawei from entering markets outside China.

Political considerations gain priority over economics. Something very rare in the era of economic globalization when trade and investment flows were controlled by competitive advantages. If in doubt, then it suffices to recall China’s reaction when Australia was at the forefront to demand an independent probe into the coronavirus and how the World Health Organization (WHO) handled it. After issuing threats over several weeks, China acted Monday 18. May 2020 announcing a levy of 80.5 percent with immediate effect on barley imports from Australia. And it is not the only case where China, or for that sake, the United States, have acted after saber-rattling.

The economic outlook for the biggest economy in the world, the United States, is dismal. For the second-quarter 2020, the Federal Reserve System (FED) expects an economic contraction of up to 30 percent and unemployment close to 25 percent. The Department of Labor registers up to thirty million jobs lost. Figures like that have not been seen since the Great Depression in the 1930s. Most analysts predict an economic upswing in 2021 but it cannot be taken for granted. Economic models tend to disregard social and behavioral repercussions. After the coronavirus, people—consumers and businesses—may not go back to life as usual. The pandemic may have scared them, which means they might be reluctant to spend again.

The Congressional Budget Office (CBO) estimates that the coronavirus will propel the deficit on the federal budget from 4.9 percent of GDP in 2019 to 17.9 percent in 2020. An economic recovery will make the figure look somewhat better, but only reduce it to 9.8 percent of GDP. Such deficits cast a shadow over the economy in the years to come narrowing the room of maneuver for economic policy.

Add to this the repercussion on prospects for the business sector and especially small and medium-sized businesses and the picture augurs an economic and social crisis. Many family businesses do not have the financial buffer to survive such a crisis. A large number of people stand to lose not only their income but also their identity, self-respect, self-worth and independence. Many of them will be in their 1950s or 1960s not having much chance of a comeback by jumping to other sectors and/or acquiring new skills. Just think of tourism which is one of the hardest-hit sectors.

The business sector and maybe the public sector will perceive online work as a unique opportunity to save money. Facebook announced on August 21 that as much as half of its forty-five thousand employees will work from home within ten years.

The big office buildings are expensive not the least because they normally are found in the business district paying high rent. Staff will be reduced and many of those who stay will be employed on short-term contracts. That will diminish companies’ pensions and welfare benefits burden. The need for such benefits does not go away, however, so the burden will be transferred to the public sector already struggling to finance existing programs.  Another question for public policy is what to do about city infrastructure built for commuters when fewer people actually commute?

The societal and cultural effect of more online work looks to be gigantic. Communication is a mixture of words, facial expressions and body language. Personal experience tells us that there are things we only want to say person to person to watch the reaction. Management cannot continue as usual. How will it motivate staff? How will it find out which one of those staff members is qualified for promotion? How will it decide on a wage structure? What happens to loyalty once staff no longer collectively meets and management no longer associates with the company?

Outside the business sector, similar upheavals are visible. What does it mean for citizen’s trust in the government and the public service if personal contact, which is so vital for humans forming an opinion of others and their own situation, is increasingly replaced by digital contact?

Education is highly dependent on pedagogy, but how can the teacher-student/schoolchild contact at every level be maintained with more digital contact instead of the classroom? When teaching in the classroom the reaction of the class and the body language provides the teacher with an input revealing how well he/she gets a message across to not only the student that person is interacting with but to the whole class.

Societal life will be less human relations and more digital contact. The next step may well be the introduction of artificial intelligence (AI), gradually removing the human element in decision making. It is terrifying to ponder on subjugation to decision making by a “machine” without having the option to call on a human being as a last resort. It seems unavoidable that such a society/community will be steered by less solidarity, less empathy and less love of your neighbor—a digital system cannot be programmed to incorporate these elements.

In 1949 George Orwell published his book, 1984. The main theme is a surveillance society where “big brother” is watching you. Technology has improved to the point where this may be feasible and the coronavirus has given this technology a raison d’être. It can alert people if they come too near to other human beings in particular those suspected of being sick. This is attractive as an instrument in the fight against the coronavirus.  But it also means that the authorities have technology at hand to track citizens. It remains to be seen how far and how fast countries will move to introduce such technology and whether it will be mandatory, introduced by incentives or voluntary. As things are, citizens of the large majority of countries need not fear surveillance motivated by political reasons, but no-one knows the stance of those in power a couple of decades from now. Maybe they will be governed by a different set of values making such surveillance perfectly legitimate. Maybe not. We do not know. In another area, digital payments make it possible to monitor what each individual is buying and how citizens spend their money.

This is a treasure trove for criminals, terrorists and even foreign “unfriendly” countries. Hacking of private and public databases is a well-known phenomenon. Even if well protected, it is seen again and again that the firewalls are penetrated opening the door for outsiders whoever they are.

In 2014, attackers got access to Yahoo data banks with personal data of up to one billion users. In 2019, American Medical Collection Agency (AMCA) was attacked and data about the health of about twenty-five million compromised. Only a few days ago EasyJet reported a highly sophisticated cyber-attack that affected approximately nine million customers.

It is difficult to dispute that the new technology which is now available and used by some countries, questions hitherto sacrosanct perceptions about privacy and security for citizens and businesses.

Our societies face brutal, profound and opaque radical changes that can be compared to what happened in the aftermath of the industrial revolution. These changes would have taken place anyway, but the coronavirus has served as a catalyst. Maybe, history one hundred or two hundred years from now will conclude that these changes were more important than the epidemic itself.